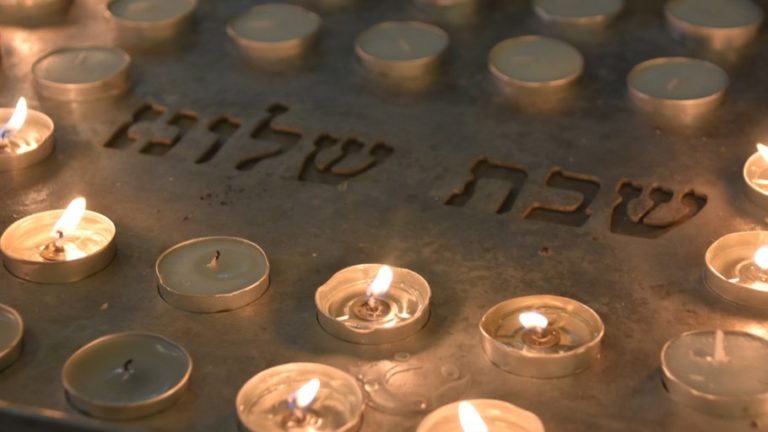 Before I converted to Judaism, I led a lonely life. Though I was surrounded by friends, they were often busy, and our conversations were stifled by our ever-present mobile devices. I’d be out with them at lunch and their phone would go off, or mine would, and we’d suddenly be trapped by the updates on our Facebook timelines instead of conversing with one another.

Once mobile devices became prevalent everywhere, I lost that much of the magic of connecting to someone and feeling the joy of relating to a friend.

When I started my Orthodox conversion process, I learned that I couldn’t use my phone or any other devices on Shabbat. For 25 hours, I’d have to go without it. I’d also be going out to lunches and dinners, often with people I didn’t know, or inviting virtual strangers over to my house. There were some awkward moments, frustrating times that we couldn’t Google for an answer to a question we were discussing, or moments of silence that we filled with talk about mundane topics like the weather. But overall, I got back that magic back. I was having meaningful interactions with people again.

Though the world is more connected than ever, we are also lonelier than ever. According to a 2018 Cigna study, nearly half of all Americans feel lonely, and younger Americans – those born between the mid-1990s and early 2000s – feel the loneliest. Another study showed that Americans are socializing less than ever; a third say they have never even spoken to their neighbors.

When we don’t socialize with those a few feet away from us, and we instead rely on our mobile devices for interaction, we’re not satisfying the human need for real, face-to-face socialization. Anyone who’s ever kvetched over drinks with a good girlfriend or gotten a coffee with a colleague knows how important it is to talk to people in real life.

Thankfully, the Jewish people have Shabbat. One day a week, we get to put away our phones, go out to synagogue, chat over kiddush, eat at the homes of families, friends and neighbors, and get that real facetime in.

One study showed that people who meet with family and friends at least three times per week experience lower levels of depressive symptoms than those who meet up once every few months or less frequently. The study also revealed that face-to-face social interaction is especially critical to the aging population.

This is one of the reasons why I love Shabbat. It not only gets people out of their bubbles they’re in on a weekday basis, it can also bring together Jews of all kinds. I meet toddlers, 90-year-olds, Baby Boomers, and teenagers. I chat with middle-aged mothers about my favorite music from the 1970s and their teenage children about applying to college. I learn how amazing it is to be a new mother from women my age, marriage advice from older couples, and what it’s like to be a rabbi from, well, rabbis I know.

Shabbat is in many ways a throwback to what life once was: simpler. In today’s fast-paced world, it’s important to stay grounded and return to how it once was.

I’m incredibly thankful I have Shabbat. It makes me feel less lonely, more connected, and like I’m part of something much bigger, and much greater, than myself.