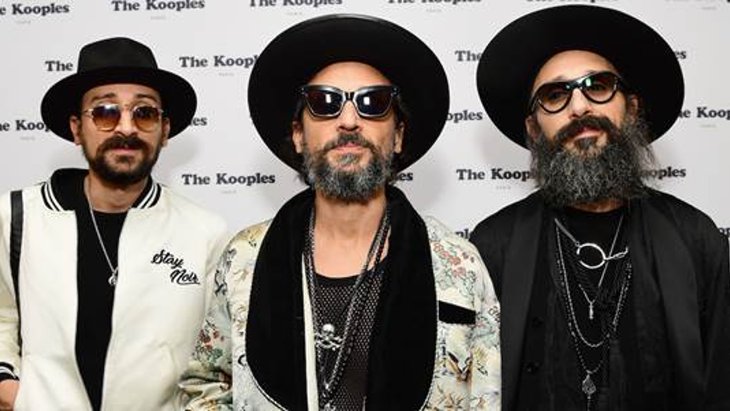 Alexandre Elicha, the 43-year-old global style icon, creative director and co-founder of The Kooples, is a proud, Shabbat-observant Jew.

Alexandre Elicha, the 43-year-old global style icon, creative director and co-founder of The Kooples, leans forward, arms resting comfortably on his knees, hands clasped together in front of him, signature black hat slightly to the side.

The sentiments are pretty maudlin, even clichéd, for someone with Elicha’s rockstar pedigree whose flamboyant clothing line combines traditional elegance and Parisian chic with a London rock n’ roll cut, and whose 12-collections-a-year model has turned the traditional summer/winter fashion cycle on its head.

But in the context of his quite remarkable spiritual story they are anything but. 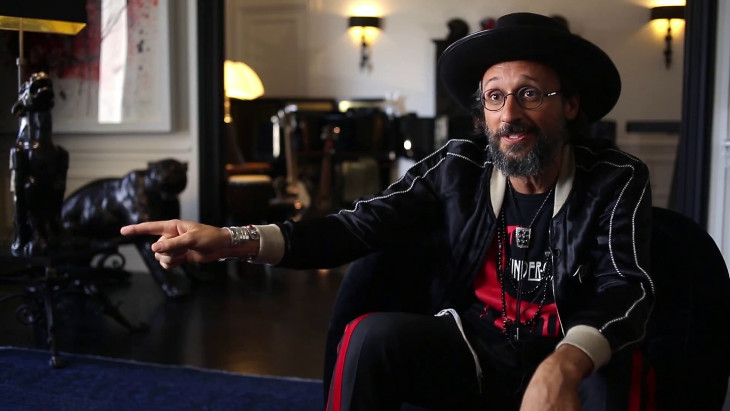 Alexandre Elicha and his brothers Laurent and Raphael founded The Kooples 15 years ago. Their parents are the founders of another famous clothing line, Comptoir des Cotonniers, and worked with Jean Paul Gaultier.

The brothers grew up in Toulouse in the south of France. Though not generally observant, their parents were fiercely traditional Jews, for whom Friday nights were particularly important.

“We had a dinner with all the family. I remember enjoying this a lot. But when I was 16 I realized Friday night was the best time to go party.”

As a young adult, Alexandre was unsure of what to do with himself. “I was doubting where to go in my life,” he says simply. “I lacked any kind of direction.”

Alexandre’s father, Tony, a long-serving leader of the Jewish community in Toulouse, and for many years, vice-president of one of French Jewry’s central administrative bodies, the Consistoire de Paris, had a proposal – together they would travel to Israel and meet with leading sage Rabbi Aharon Leib Shteinman in Bnei Brak who might be able to help.

“My father told me, ‘this rabbi – he knows people, he can get a feel for who you are, give you good advice’. I wasn’t convinced, but the opportunity to travel with my father was too good to pass up!”

He recalls the experience vividly.

“We arrived at a tiny house. There were books everywhere. Everywhere. Not the books you keep on your shelf, the books you study all the time. I told the rabbi, ‘my father wants me to go into the fashion industry’. He took a book from behind him, focused intently on a word and told me very simply, ‘You should follow your father’.”

The experience left a deep impression.

“His few words, his amazing eyes, his hat, all the books surrounding him. It was a very authentic experience. There was something intensely real here.”

Alexandre wasn’t the only one moved by the encounter. On arriving home, Tony Elicha announced to his family that he was going to start observing Shabbat. Alexandre made his own commitment – he would start putting on tefilin.

“I hadn’t seen them since my bar mitzvah (Alexandre was 26 at the time). I opened up the bag and felt a shock. I loved them immediately. These little boxes, so black, so mysterious — very rock n roll.”

“I wanted to keep them on the whole day. I didn’t understand what was inside the boxes, but my first contact was aesthetic – and I loved it.” 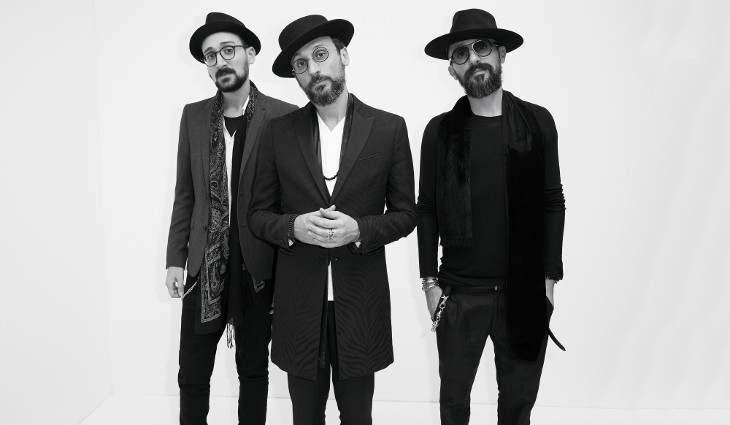 One month later, Alexandre set out for Ibiza – “a very strange island where you can party and go crazy” – with his brother, Laurent. It was a pilgrimage the brothers took two or three times a year. This time, however, Alexandre packed his tefilin and siddur.

“On the Sunday afternoon before going to this huge club, I put the tefilin on in my hotel. My brother saw me like this and said, ‘Give me the tefilin, I’m going to put them on too.’”

Later, at the club, the epiphany came.

“Both of us felt it at the same moment. It had the force and clarity of a message directly from God – we were going to do a Shabbat right here in Ibiza.”

Unsurprisingly, “the first Shabbat ever kept on Ibiza” was very simple. With no access to kosher wine, they made kiddush on bread. And they went to a restaurant early Friday afternoon and pre-paid for their meal. But over the course of 25 hours, amidst the newfound peace and quiet they were afforded, they found the vast expanses of their minds opening up.

“We spent the entire day talking and thinking – talking about the world, about Judaism, about God. We took these moments to think about our lives – about our life before and the future. Life is so magic. We all forget it. We’re all so busy with work, with running around, with responsibilities. Shabbat is a good time to remember it. And that Shabbat in Ibiza we remembered it.”

On their return to Toulouse, the brothers plunged into their heritage. Alexandre added Shabbat observance to his daily tefilin routine. Both began to study Torah on a regular basis.

Not long afterwards, the brothers – with Alexandre overseeing menswear, Laurent heading up womenswear and Raphael masterminding the branding – launched The Kooples.

As Alexandre puts it, “the three of us just wanted to create something together”.

Starting with five stores in Paris, they soon went on to open outlets in Lille, Toulouse, Strasbourg, Aix-en-Provence, Rouen and Dijon, and boutiques across France.

Today there are nearly 400 stores across the world, from Johannesburg and Sydney to Seoul and Beirut. As befitting their rock n roll aesthetic, they’ve created pieces for Iron Maiden, The Who and Metallica, collaborated with Pete Docherty and Emily Ratajkowski, and branched out into jewelry, watches and fashion accessories.

In his role as artistic director, Alexandre jets in and out of countries. One day he’s in Miami and a few days later he’s in Milan. One week he will be drawing inspiration from street culture in Paris, the next he’ll be sitting in a coffee shop in New York or popping in and out of vintage clothing shops in Tokyo.

The one thing that keeps him grounded is Shabbat.

“The world we live in is crazy. Work is crazy. You run from place to place you’re on your phone all the time and when you’re not you’re on your computer. When you get home, sometimes you work again. Even if you’re not, your spirit is still connected to your work. It’s difficult to have proper time with your children, your wife, your friends.

“You think you are connected to the world through the 24-hour news feed, through Instagram and Facebook. You think you are connected to your friends and to your family. On Shabbat you understand two things – one, that you are not really connected during the week, and two, that the real connection is on Shabbat, when you switch off your phone and your computer, when you don’t go out shopping, when you put things to the side. Shabbat is when you feel real connection – to yourself first and foremost, and to the people around you, the people you love.

“Everyone needs this. It’s magic. Because when you restart the week after Shabbat, it’s a different week. When you have a moment to pause your crazy life, the week is better. You have more strength, more spirit, more connection. You see things differently. You see people differently.

Alexandre says his non-Jewish colleagues and friends are intrigued by, even envious of, his Shabbat observance. And it’s not just Shabbat apparently. 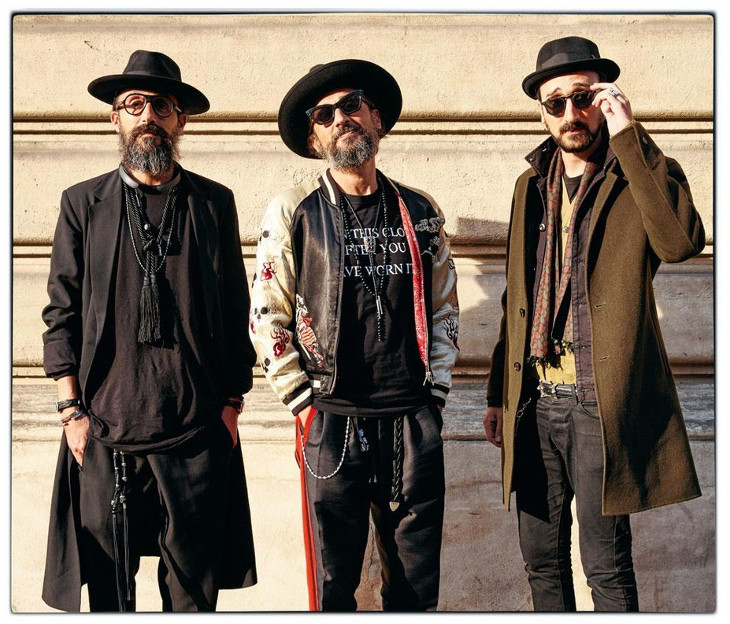 The Elicha Brothers, with the black tzitzit.

"My colleagues see me buried in my books, peaceful, spiritual, absorbed, and they love it, they all want it. Even my (black) tzitzit. And the guys at work love them. They think they’re so cool. They want their own. This is what I’m saying – people like difference.

“So, if you are Jewish – be yourself, study your story, study the meaning and the mitzvot. It’s amazing, so good. You can work in fashion, or in any kind of business, and keep Shabbat, keep the mitzvot. No problem – you can do it.”

He says the Shabbat project is a good place to start.

“The Shabbat Project is just one Shabbat. Shabbat is the trendiest thing in the world. Do it. It will change your life.”

This year’s international Shabbat Project will be taking place in cities around the world from Nov. 15-16.