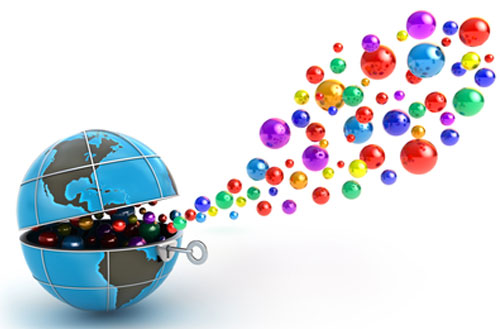 I am The World. Here are my resolutions.

As difficult as it may be, I will not call Hassan Rouhani a moderate

I Will Not Call Hassan Rouhani a Moderate

This year, I promise not to pretend that Iran isn’t pursuing nuclear weapons. I resolve not to call the new Iranian President Hassan Rouhani a “moderate” because he only occasionally talks about destroying Israel as opposed to talking about it every time there’s a microphone in his face like the previous guy. You have to understand though – it’s really tempting. He looks so nice and he smiles a lot, and military intervention would create a spike in world oil prices…but I won’t do it. OK, I will try my best. Come on, I’m not Houdini.

I Will Increase Acts of Loving Kindness

The only way The World is going to get better is if we all pitch in and increase acts of loving kindness. That could mean giving charity, visiting the sick, helping a friend in need, anything really. And the most admirable acts of loving kindness are those we perform for perfect strangers or people we don’t even get along with. For example, who remembers Tony Hayward, former CEO of British Petroleum who presided over the world’s largest oil spill back in 2010 and said that the amount of oil was “relatively tiny” adding, “You know, I’d like my life back”? Well this year for Rosh Hashanah I am going to bake Tony a honey cake. And I won’t even make any jokes referencing the fact that I will be baking the cake with apple sauce instead of oil. I won’t do it. That’s just the kind of World that I am.

OK, let me get this straight: a Jewish Israeli – let’s call him Dudu, legally buys a plot of undeveloped desert land, makes a few trips to Home Depot, moves in with his wife and 4 year old twins Shirah and Shiya and he is the main obstacle to Middle East peace? Oh, and Dudu cannot legally buy a home in Saudi Arabia or Iran or most Arab countries, but an Arab citizen of let’s say Nazareth can purchase property anywhere he wants in Israel. Some explain this to me? You know, this resolution is similar to my “saving more money for retirement” resolution that I make every year. It’s so simple and it makes so much sense, yet I never do it.

I Will Try to Cut Down on the Extreme Weather

I know that the increased floods, heat spells, hurricanes and melting polar ice caps have been annoying. Trust me, I’ve gotten an ear full from every major insurance company – not to mention the Island Nation of Maldives who are predicted to be underwater in 50 years. Those guys are really not happy. But you people have to do your part too. Controlling the weather is not as easy as it looks, you know. It’s kind of an art, really, and carbon emissions are very distracting for me. They totally throw me off my game. They’re like giving Picasso a box of Crayons. So I’ll do what I can about the weather, but you have to pitch in. Just sayin.

I Will Invest in More Israeli Start-ups

In 2013 alone Intel bought Israeli start-up Omek for $50 Million AOL acquired Adapt.tv for $405 million, IBM bought Trusteer for nearly $1 Billion, Google bought Waze for $1.1 Billion and Warren Buffett bought out Iscar for another $2 Billion. This year I will definitely invest in more Israeli start-ups so next year I can start cruisin’ in my new private jet. Wait, that’s not good for my carbon emissions resolution is it? Whatever, private jets are awesome – it’s totally worth it.

I Will Not Name Any More Arab Uprisings after Pleasant Seasons

What in the name of Mecca is going on in Egypt and Syria? Flashback: who remembers when the media was falling all over itself, praising these revolutions as the dawn of a new Middle Eastern civilization? Now I don’t want to say I told you so, because that’s not the type of World that I am, but I was always against naming this “movement” after one of Mother Nature’s most pleasant seasons. Don’t get me wrong, spring is a beautiful time when we take picnics and go on bike rides and eat salad. But spring doesn’t last forever. The next thing you know, it’s hot and humid and you are irritable and the homeless guy on the subway is sweating all over you. So basically what I am saying is that right now Egypt and Syria are a sweaty homeless man. Let’s all deal with him appropriately.

I Will Call My Bubbie More Often

Yes The World has a Bubbie. She likes phone calls just like your Bubbie and makes a killer noddle pudding. I do call her, but what can I say – The World is busy. I know Bubbie, that’s no excuse.

This year I will stop:

To all of you, my friends who live in me, The World, I wish you and your families a happy and healthy year – Shana Tova uMetukah!