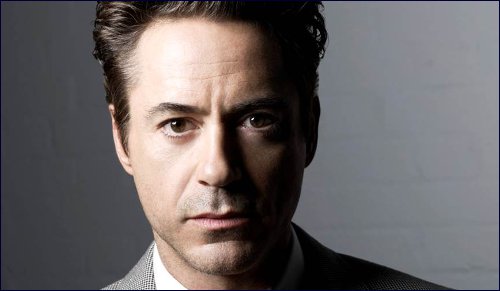 The actor walked out of the interview teaching a valuable lesson about proper speech.

When British television interviewer Krishnan Guru-Murthy sat down with the actor Robert Downey Jr. on April 22, 2015, he seems to have had a more ambitious agenda in mind than merely helping Downey promote his latest film, Avengers: Age of Ultron. After discussing the movie for several minutes, Guru-Murthy steered the conversation towards Downey’s past, asking Downey about his political views, his relationship with his father, and his fraught history with drugs (for which he did some jail time). An increasingly uncomfortable-looking Downey at one point joked, “Are we promoting a movie?”

Guru-Murthy continued his personal line of questioning, eventually asking Downey if he felt “free” from his past. “I’m sorry, I really don’t…what are we doing?” Downey stammered, and then walked out of the interview, saying “It’s getting a little Diane Sawyer in here," referring to the former ABC news anchor whose in-depth personal interviews made her a renowned journalist. (Downey posed for a photo with Sawyer two days later, tweeting that it was a “corrective experience with legitimate journalism”.)

Rather than regretting the truncated interview, Guru-Murthy seemed delighted. Before the segment even aired, he tweeted: “Oh dear. Abrupt end to our Robert Downey Jr. interview when we started talking about jail and drugs." While his Downey interview quickly went viral, public opinion seemed to disapprove of his on-air tactics. Guru-Murthy’s initial tweet about Downey’s walkout garnered 300,000 “dislikes,” and a poll the next day showed public sympathy on the blogosphere tending towards Downey.

Perhaps that’s because many of us instinctively understand that words hurt and can do as much damage – or more – as physical harm. The Torah juxtaposes both types of harm: physical and verbal. After listing a long litany of ways that it is prohibited to cause another person financial or physical damage, the Torah admonishes “And you shall not wrong one another, but shall fear your God…” (Leviticus 25:17). To “wrong” in this context means to wound with words, and it’s considered infinitely worse than causing financial harm, for financial losses can be reversed, while emotional damage can be impossible to undo.

The Talmud provides a concrete example of what it means to wound with words: “One must not say to someone who has changed their ways: Remember your former deeds” (Bava Metzia 58b). Jewish law prohibits us to humiliate someone by bringing up his or her checkered past. People can change and their past no longer represents who they are now. It’s demeaning to straightjacket people with any label, all the more so with negative, outdated ones.

It’s easy to try to justify our speech by saying that our intentions were good, that we only brought up painful or awkward subjects in order to accomplish something important. That’s why the verse warning against humiliating another person concludes with the words “you shall fear your God.” The Almighty knows our true intentions. We can’t fool him.

Robert Downey Jr. is famous for his role as Iron Man and being the world’s highest paid actor, and now is he is known as an example of standing up to lashon hara, derogatory speech, reminding us of the importance to use our speech responsibly.

We Have to Talk About Charvona
What Makes Eli Run?
The Tyranny of Materialism
Science Enters the Mysterious Inner World of Consciousness
Comments
MOST POPULAR IN Current Issues
Our privacy policy