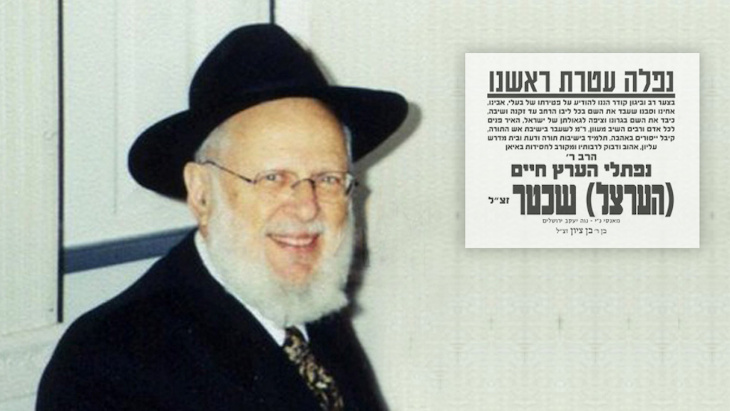 The world is bereft following the passing of Rabbi Hertzel Schechter, whose sincere Torah teachings and sweet soulful melodies impacted generations of Jews.

Rabbi Schechter taught for many years at Yeshivat Aish HaTorah in Jerusalem. He was a close confidant of Rabbi Noah Weinberg, serving the duals roles of teacher and fundraiser. When students first came to the yeshiva, Rabbi Schechter was entrusted the vital role of teaching foundations of Judaism. One student recalls: “For hours on end, Rabbi Schechter sat with me, one-on-one, patiently and lovingly explaining the depths of prayer in a way I could understand.”

Rabbi Schechter was a gentle soul, widely respected for his impeccable character, genuine humility, and deference to others. Rabbi Schechter always had encouraging and inspirational words for every person he met. He was a role model of integrity – a “mensch” whom others strove to emulate. One former student relates: “He epitomized the adage in Pirkei Avot that ‘the crown of a good name surpasses them all’.”

Rabbi Schechter was also a renowned singer, with a sweet and soaring voice that expressed pure love for the Creator. He was a sought-after chazzan, and collaborated with his sons to compose beautiful melodies that became popular in Jewish communities worldwide: “M'ein Olam Haba," “Pitchu Lee Sha’arey Tzedek,” “Odecha Hashem Elokai,” and the recent composition, “Od Yeshama.” 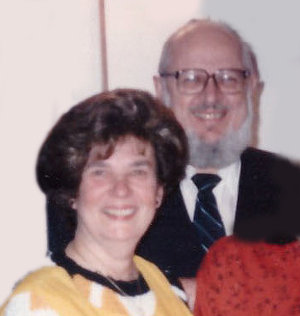 Rabbi and Mrs. Schechter on the eve of Passover, 1989

The Schechter family graciously welcomed many students into their home on Shabbat and the holidays. Rabbi Schechter’s penetrating words of Torah and famous melodies, accompanied by family harmony, lifted guests to another dimension. As one student describes, “Rabbi Schechter was the zaidy we all wished we had.”

Rabbi Schechter also became a popular and beloved teacher at the women’s schools EYAHT and Jewel. He spoke from his neshama (soul), and you felt it in your neshama.

As a fundraiser, Rabbi Schechter’s sincerity and professionalism was instrumental in helping launch Aish’s South American programs, particularly in Brazil.

As a young man, Rabbi Schechter studied at Yeshiva Torah Vodaas in New York, where he was greatly impacted by the legendary Rabbi Shraga Feivel Mendlowitz zt’’l. Rabbi Schechter sought to impart that “spark from a previous generation.”

Rabbi and Mrs. Schechter made aliyah from Monsey in the 1980s, and became pillars of the Kfar Ivri community in Neve Yaakov, Jerusalem, where a corona-era shul was dedicated in memory of their son, Yitzhak.

The Mitzvot of Albert Mammon

Reflections of an Afghan Jew
Blessing on Chewing Gum
Was Rahab a Prostitute?
Extras In Our Own Epic
Comments
MOST POPULAR IN Israel
Our privacy policy