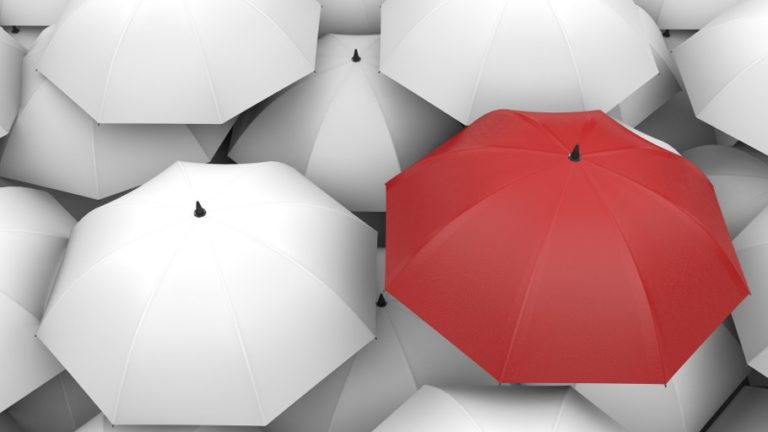 My brother Morris was a family secret.

When I was a kid I was scared of him­­ – a big, wild fellow with Down syndrome. He was very low functioning, exhibiting the intelligence and unpredictability of a one-year-old. His name was Morris and he was my older brother. And this morning I threw soil on top of his casket. He was 55 years old.

I didn't know him beyond the quarterly visits to the various institutions in which he was raised in the outskirts of Montreal. My earliest memory of such an event was sitting and fidgeting at the top of an antiseptic, white staircase until we were finally allowed to see Morris.

The meetings were all similar. We'd bring him chocolate, shake his hand, utter simple words to him. In response, he’d lean forward and try to grab or pull our hair, while I’d recoil behind my mother or a bigger sibling. Most of the other residents, I’d noticed, had a calmer disposition and appeared more intelligent.

“I’m afraid he will never progress much.” Sadly, that was the standard attitude in those days.

We’d ask the doctors and nurses whether anything could be done to control Morris’s behavior, and could they perhaps teach him to speak? I fantasized about such a prospect, hoping we'd be able to bring him home someday. Imagine  another brother, only three years older than me, to play ball or watch TV with! But my optimism was dashed by the typical replies: “I’m afraid he will never progress much,” and “There is not a lot more we can do.” Sadly, that was the standard attitude in those days.

Morris was a family secret. I wasn’t supposed to tell anyone I had three brothers. My parents explained that having a “mongol” brother – the derogatory term commonly used back then to describe children with Down syndrome – could harm my prospects for marriage if people knew.

As I grew older and taller, I became less afraid of Morris. At the same time, his existence became increasingly irrelevant to my life. I was busy with college, friends and fun. I visited Morris less often, maybe every few years, even though by then he was living in a group home and closer to our neighborhood. And whenever I did visit, I’d just be tagging along with my parents.

Even as an adult, when anyone asked me how many siblings I had, I would hesitate and reply: Two brothers and a sister.

One spring day, my parents acquiesced to the government's urging that we try to have Morris live with us. Integration, my father explained with a shrug, had replaced segregation as the prevalent philosophy. This excited me to no end. Shake up the family dynamics, I thought; force us all to become extra sensitive. But when the big day arrived, I was distraught to see Morris stepping out of the family car on our driveway wearing a ski mask. My father had used it to cover up Morris's distinctive features from the eyes of the neighbours.

The experiment to keep Morris at home failed right away. He bolted from room to room, grabbing everything he could and throwing books and picture frames off shelves. My father returned him to the group home that evening. The next morning, I thought: It was a totally new environment, maybe he needed time to adjust.

I don't know whether Morris ever recognized us. Given the infrequency of our visits, and considering we never put up any family photos in his shared room, I wonder how much we mattered to him. Nor did we ever bother to learn the dozen or so hand gestures he used to communicate basic needs.

Now, at 55, his life has expired. I sit on a low stool in the house I grew up in, wearing a tie with a glaring rip on the left side that I had made earlier today, in keeping with Jewish mourning rituals. I look at the few pictures we took with Morris over the years, always tucked away in a drawer, and the additional pictures we'd receive from time to time from the group home. He looks happy. And calmer – the older he got. In skates on the ice. Being hugged by somebody on a playground. Washing a car under the sun. Hammering a nail into a block of wood. His smiles are genuine, and I shed a tear for those moments.

I wonder how much more our family could have benefited from Morris, if only we had appreciated the special gift that we were given.

It’s sad that in the past people didn’t believe, like they do today, in investing time and energy into bringing out the potential of children with disabilities. I also wonder how much more our family could have benefited from Morris, if only we had appreciated the special gift that we were given.

Morris led a simple and righteous life. My wife echoed my sentiment as I was arranging for the funeral: "What could he have done wrong?"

It's tempting to perceive some people's lives as more valuable than others'. During Morris's final weeks, while he lay in the Intensive Care Unit, I needed to make agonizing decisions with respect to advance medical directives. (It so happened that two months prior to his heart attack, I had become Morris’s legal representative since I was the only family member, other than my aged parents, still residing in Canada.)

Jewish law is very life-affirming, but permits nature to take its course in certain end-of-life situations. These can be highly complex and delicate matters, and need to be approached in consultation with knowledgeable rabbis.

It’s interesting how someone can be in the background of our lives for decades, and only when they are dying are they catapulted to the forefront. At one point, Morris’s condition improved significantly and the medical team began to anticipate his release from the ICU. My wife and I seized the occasion to sponsor a meal at our synagogue in gratitude, and in the hope of his continued recovery. Now for sure I was no longer going to keep it a secret: I had three brothers and a sister.

In the end, it was God's will that Morris never leave the ICU alive.

A week before his passing, I went to visit his group home. I needed to make further decisions (in consultation with my siblings and my rabbi) about breathing tubes, dialysis and other artificial interventions, and had decided to take a detour to Morris’s home prior to going to the hospital to meet with the doctor.

It had been about eight years since my previous visit, which I had made with my wife and kids (we traveled to Montreal from Ottawa, where we live to this day). It was as I remembered it ­– a bright, spacious house, like any other. But this time it felt emptier. The home was shared by four men with cognitive disabilities who knew Morris as "Mo-Mo". Mo-Mo’s bed lay abandoned; when would he come back?

The painting was one of Morris’s only possessions.

As I was feeling gratitude for all that the group home had provided for my brother over the years, I noticed a large, beautiful painting adorning the wall. The caregiver told me it was one of Morris’s only possessions. The painting depicted many open red umbrellas lying on a lush green field, and a single open white umbrella rising up toward a dark blue sky. 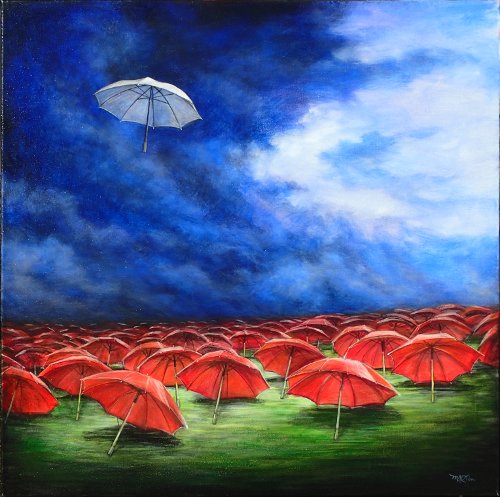 I don't know what the artist who made that painting meant to convey, just as I don't know how Morris’s life was meant to express itself on the white canvas that God provided him.

Sometimes I think of the red umbrellas as soldiers lying on a battlefield, and the white umbrella representing those individuals, like Morris, who are unswayed by the senseless pursuits of so-called intelligent people.

Morris touched others in special ways. Our sages teach that every person is given unique faculties with which to achieve their potential. A person born with very limited faculties would obviously have a much smaller goal to achieve. People with Down syndrome may thus be reincarnated tzadikkim (righteous people) whose souls require only minor repair. (It’s said that the Chazon Ish, a leading twentieth century rabbi, would rise in the presence of someone with Down syndrome, in recognition of their elevated soul.)

Or perhaps Morris came into this world not for any personal soul repair but rather for the exclusive purpose of bringing out the best in others, if the latter respond positively to the opportunity. For me, I feel regret that it was an opportunity I largely missed out on, one that I tried to desperately grab only at the end.

The Red and White Umbrellas painting now hangs in my house as a reminder of Morris – the older brother I hardly knew – and to inspire me to make my own days as fulfilling as possible, and to touch others in my own special ways.

My Treacherous Journey across the Ethiopian Desert

My Neighbors, My Heroes, Part 2
The Promise Of The Land
Which Chat Are You On?: Parshas Behar/Lag Ba’Omer
Do You Like Slow-Cooked Food? Thank the Jews
Comments
MOST POPULAR IN Spiritual Odysseys
Our privacy policy