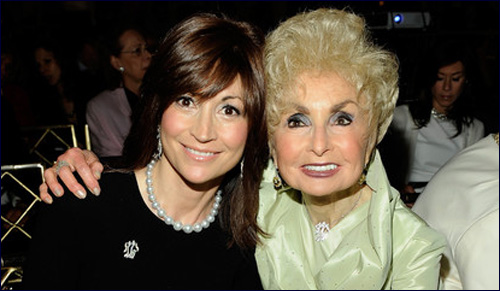 After the death of my son, the Rebbetzin consoled me and gave me a path to manage my grief.

My son, Yonah was killed in a car accident in Israel the day before Thanksgiving, 2007. He had performed an act of kindness by stopping for a woman who was getting drenched while waiting for a ride. Though Yonah was on his way to work, he offered the woman a ride to a gas station where she could stay dry while waiting for a bus. 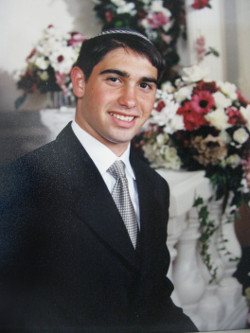 The gas station was out of his usual route to work, in an unfamiliar area. After turning around to get back on his regular route, a speeding truck hit his car.

My son was still alive when an IDF Rabbi came to his side and called Magen David Adom and the police. Unfortunately, the fire truck which was needed to extract him from the car did not arrive in time to save him. My son said Shema with the Rabbi and passed away. All this was relayed to us at the shiva by the woman and the Rabbi who saw him last.

I will never forget the silent plane ride that my husband and I and all of Yonah's siblings experienced flying to Israel on Thanksgiving Day. After spending the seven days of shiva in Kiryat Arba, the returning flight was equally quiet. We were all weighed down with sorrow and trauma. We were engrossed in our mourning and the world ceased for us. It was so, so difficult for us to understand this tragedy. How could such a good neshama, Yonah, who loved Israel, studied there, made Aliyah, married with a young child, be killed so suddenly, at such a young age of 24 years? 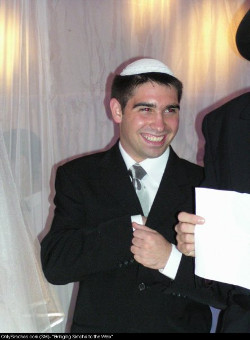 Yonah at his wedding in Jerusalem

During shloshim, the 30-day mourning period, two of my daughters attended a talk by Rebbetzin Esther Jungreis about her new book, Life is a Test. They had just finished reading the book and eagerly wanted to speak to her about their challenges. After her moving presentation, my daughters greeted the Rebbetzin and told her they were in middle of shloshim for their brother. She encouraged them to tell her about the accident. My daughters poured out their pain. Rebbetzin Jungreis comforted them and gave them a special blessing. She told them that they both would become pregnant close to each other, and they would both give birth to boys. She further instructed them to name their future sons Yonah after their brother.

"If both of you are in such pain, could you imagine the pain your parents are in?”

But Rebbetzin Jungreis didn't stop there. She said to my daughters, "If both of you are in such pain, could you imagine the pain your parents are in? Please contact your parents and tell them to come and see me."

When my daughters gave me this message, I couldn't believe it. Rebbetzin Jungreis cared about us and our tragedy, and she wanted to see us. We immediately made an appointment to speak with her.

We went to Manhattan with one of our daughters and there was a long line of people waiting to speak with the Rebbetzin after her Hineni class. Nonetheless, we were ushered in rather quickly to see her. She listened attentively while we tearfully retold the tragedy. We showed her an article with a photo of Yonah that had been printed in the Jerusalem Post. She understood right away what a special young man Yonah was and how his personality and the kindness in his life impacted many people in Israel and the United States. 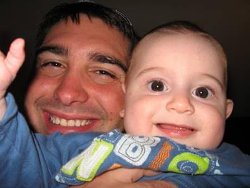 Yonah with his son

She gave us more than solace. She gave us a possible explanation for our son’s tragic death, something that I could embrace and accept even in pain. She told us that perhaps Yonah was a "gilgul," a lofty soul who came back to this world to fulfill a mission that his neshama had not completed in his previous life. Perhaps that is why Yonah was in a hurry to study in Israel, get married, and have a child in Israel so that he could complete his mission by just 24 years of age.

Somehow this explanation calmed our sorrowful hearts. Rebbetzin Jungreis was the only one who cared to really comfort us after shiva. She was the only one who beckoned us to come. Many others didn’t connect with our grief, which limited the comfort they were able to provide. While some advised us to seek out a grief counselor, what we needed most was spiritual assistance and compassion. Rebbetzin Jungreis was that spiritual leader who came to our rescue and reached out to us.

The next year, both of my daughters in fact gave birth to sons, and both were named Yonah. The first grandson, Yonah Yehoshua Simcha, was born on Yom Ha’Atzmaut and named to reflect his namesake’s warm smile and happy personality. The second grandson was born a few months later and named Yonah Yisrael, reflecting my son’s love for the Land of Israel.

Rebbetzin Jungreis was a true tzadekes, righteous woman, whose blessing to my daughters was fulfilled. She was a remarkable spiritual leader who made a difference to so many – not only because of her ability to clearly articulate her knowledge of Torah, but also because of her genuine concern for every single Jew.

My Wake-Up Call
How to Become Immortal
Judaism and Mental Health
Jews and the Chocolate Trade
Comments
MOST POPULAR IN Spirituality
Our privacy policy
Aish.com Is Looking for Great Writers