Rabbi Yitzi Hurwitz is Lighting Up the World 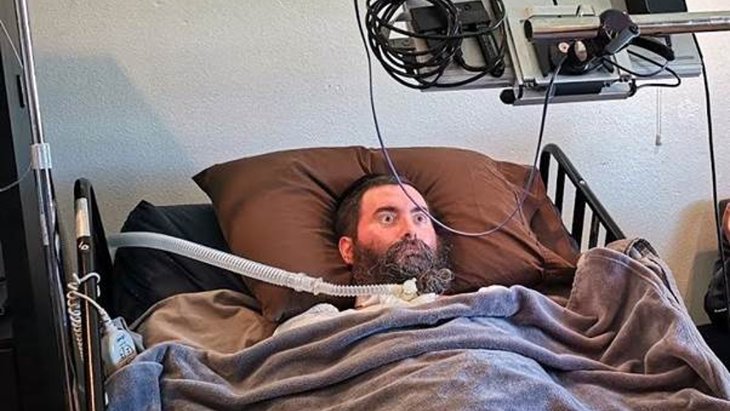 Completely paralyzed, this righteous person continues to inspire with his indomitable spirit, his courage and faith and his joyful soul.

My wife, a few of my children and I were in LA and we visited a holy person. None of us will soon forget the time we spent with Rav Yitzi Hurwitz and his devoted aide. ALS has left Reb Yitzi, a young Chabad Rabbi, completely paralyzed. He relies on a permanent ventilator to breathe and a feeding tube for nourishment. He communicates with his eyes, not only by moving them to control a screen that enables him to type, but also by simply looking into the eyes of those around him. His eyes project warmth, love, kindness, and a deep faith.

Those who have the ability to speak easily and effortlessly often speak too freely, wasting that precious gift on idle chatter, gossip, envy, complaints or even hurtful words. But, when you can only express your thoughts by painstakingly and patiently using your eyes to choose letters that combine into words and ultimately form sentences, you measure those words much more carefully and mindfully. 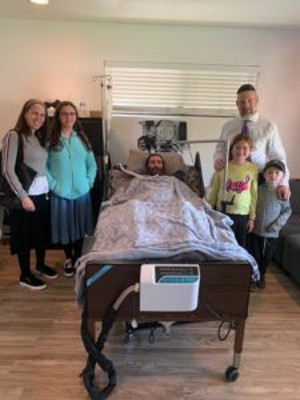 Each time Yitzi had something to share, it took significant time to type, type, delete, type, form a word and finally communicate the thought. Given the effort, it was clear he was choosing his words carefully. I won’t waste space with what we said, but I want to share with you what he chose to write.

He began, “Yocheved, tell me about your children.” After she answered, he then looked over at my young son and asked for a Dvar Torah. My son talked about the Parsha and then Rav Yitzi reciprocated with a Dvar Torah of his own that he had already typed out. Next, he turned to his aide and asked him to bring out treats for the children. When we told him there was no need and that meeting him was the biggest treat they could have, he told us that he was so happy we came. We talked some more and referenced his wife’s inspiring talk in our community a few years ago and he responded by telling us that his wife is amazing. 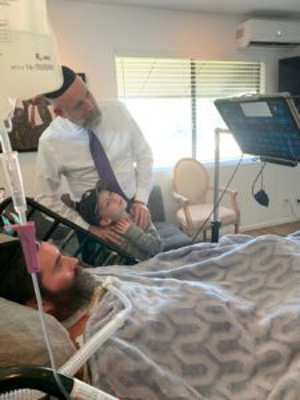 Here is a person who has every reason in the world to complain, express sadness, project hopelessness or revolve the conversation around himself. And yet, the common theme of everything Rav Yitzi had to say to us incorporated positivity, kindness, compliments, and Torah.

Faith and hope were not just the tone and tenor he took with us. Rav Yitzi’s writings are filled with these messages and, given his condition and the effort necessary to produce them, they could not be more authentic and compelling.

For example, he recently wrote thoughts that were shared in his name by his son just a few weeks ago at Chabad’s annual convention of over 5,800 people:

One thing I have learned from my experience is that there is hardly a person who doesn’t have struggles. Whether it be health, money, shalom bayis, shidduchim, children, or something else. In my case it’s open and impossible to hide, so I am on display. But that doesn’t mean that your struggles are any less.

You need to know that whatever you are dealing with, it’s directly from Hashem. That means that He wants something from you that can only be realized through your difficulty. It doesn’t mean that your mission and purpose has to end, rather that there is something else being asked of you, a new stage of your purpose and mission. You don’t have to fight it, rather, you should find a way for your struggle to take you to the next level…

When I went for the first round of tests, I was given a devastating diagnosis, “You have bulbar ALS.”

I didn’t understand what the doctor was saying, so I asked him to explain. He said, “It’s very serious, you are going to lose your muscles and you will be paralyzed, it’s the most aggressive form of the disease, you have two years to live.” As you could imagine, I was shaken to the core.

When I left the office I was all alone, walking into the empty hallway I broke down in a fit of bitter tears. When I composed myself, I exited the building, and I saw a man falling on the ground having a seizure and I ran to help him. At that moment, I realized that there is still a lot that I can do.

I resolved right there and then that no matter what the results of any further “tests,” I am going to remain positive and find a way to make a difference. I couldn’t imagine how high that way of thinking would take me.

We live in a world of darkness, with too many people struggling with feelings of hopelessness and helplessness. We will soon begin Hanukkah and we will attempt to dispel the darkness of negativity with the light of faith and hope. For eight days our mandate will be to illuminate the world with gratitude, joy, and faith. For eight days our mission will be to publicize God's great miracles and through them remind all of God’s unparalleled power and His limitless ability to intervene in our lives and bring personal redemption and blessing. 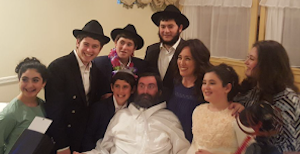 Rabbi Hurwitz and his family

Several years ago, Rav Yitzi’s family found an old memory card and discovered an original song he had composed. Not surprisingly, it is called “Shine a Little Light,” and calls on all to make the world a brighter place. Famous Jewish musicians worked together to produce a wonderful version of the song and music video tribute to him.

Though Rabbi Yitzi Hurwitz can only communicate through his eyes, he continues to inspire with his indomitable spirit, his courage and faith and his joyful soul. He is proof that while some are fully mobile and functional and yet only spread darkness, one can be fully paralyzed and limited and still be filling the world with light.

This Hanukkah, let’s not only light the menorah, let’s light up the world with goodness, positivity, kindness, faith and Torah’s timeless messages.

Rav Yitzi’s medical costs are enormous. If you would like to help his family care for him and enable him to continue spreading his light, please consider contributing here – https://run4yitzi.com/

When My Son Clinically Died

My Choice
Where Do the Laws of Nature Come From?
Saadiah Gaon, Rashi and Maimonides: How Three Rabbis Revolutionized Judaism
King Sennacherib and the Siege of Lachish
Comments