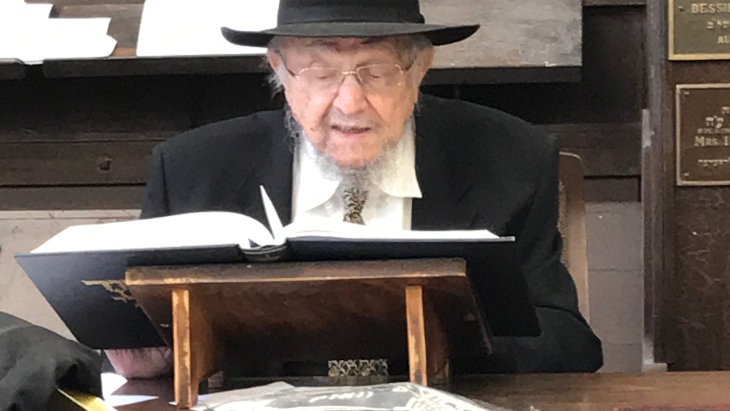 The world has lost a Torah giant.

The Talmud (Taanit 7a) compares Torah to water: just as water leaves a high place and flows to a lower place, similarly the Torah only establishes itself in one who is humble. The Jewish nation just lost a paragon of humility in the late Torah genius, Rabbi Dovid Feinstein, who died last Friday at age 91.

Rabbi Feinstein was one of the leading authorities on Jewish law in the world and a member of the Council of Torah Scholars of Agudath Israel of America. When questions arose regarding end of life issues, few were willing to apply the halacha, Jewish law, and rule on such sensitive cases. Who knew enough to determine what was appropriate? Rav Dovid knew what he knew. While he was an introvert by nature, he would confidently rule on halachic queries from all ends of the earth. 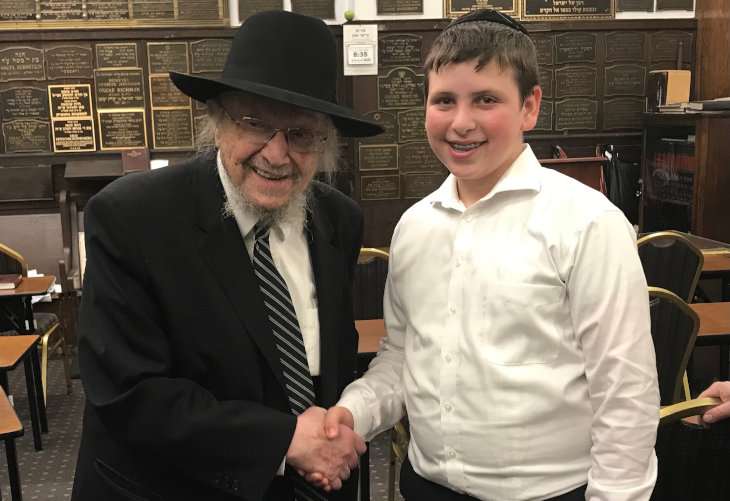 The Lower East Side was home to Rav Dovid for the last 83 years. It is here that his loss is palpably felt.

Rav Dovid patronized the local establishments. Every week, he used to shop for groceries at the local Kosher market, and he would eat breakfast in the Kosher pizza shop every morning. While he was there, anyone and everyone was welcome to come sit at his table to join him. Many took advantage of the opportunity to ask questions about the application of Jewish law, or for advice in a personal matter. He was available and accessible to anyone who sought his opinion, and he didn't force his opinion on anyone who didn't care to ask for it. 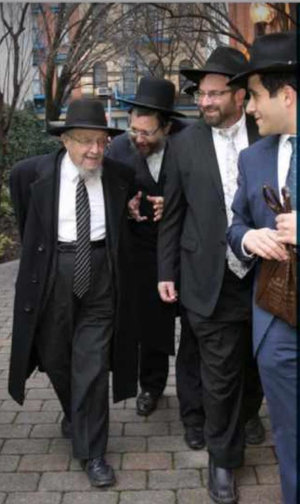 On Simchat Torah, the Rosh HaYeshiva used to sit in the center of the lively dancing, holding a Sefer Torah. One year, when we were about four years old, one of his granddaughters and I thought of playing "don't get trampled," and we joined the circle of men dancing, running in and out of the circle. Suffice it to say that it was dangerous for us, as well as for the adults trying not to trip over us.

The Rosh HaYeshiva noticed our game, smiled warmly, and invited us to come sit with him in the center of the circle.

Rabbi Shlomo Fishelis, a grandson of the late Rabbi, mentioned in his eulogy that his grandfather was "a good sport." He shared that the Rosh HaYeshiva would pose for photographs with anyone who asked for them, and he would retake the photograph as many times as necessary until the petitioner was happy.

When Artscroll was struggling to survive, Rav Dovid loaned his life savings to their founders, his students, to keep it afloat. A Jewish newspaper once asked prominent people which three dinner guests for Friday night would they want to have. Many listed great personalities in Tanach, Talmud or from today. Rav Dovid replied he would have three poor people who need a meal.

Mesivtha Tifereth Jerusalem (MTJ), where Rav Dovid served as Rosh Yeshiva, remained an unassuming stop on the F train in Lower Manhattan, despite being the home of such towering Talmudic scholars. Jews from all walks of life, including those with limited background in Jewish learning, made their way to MTJ. No one at MTJ batted an eyelash. Many of the towering Talmudic scholars offered to study together with them. The Rosh HaYeshiva created an environment where people came to study Torah, and any external trappings were irrelevant.

Rav Shach once said about Rav Dovid's illustrious father, Rav Moshe Feinstein, "His greatness was in his simplicity." Rav Dovid lived up to his noble heritage.

The world has lost a Torah giant. We will miss his great leadership and insightful wisdom, as well as his warmth and accessibility.

The Jewish Algorithm: Why Every Jew Matters