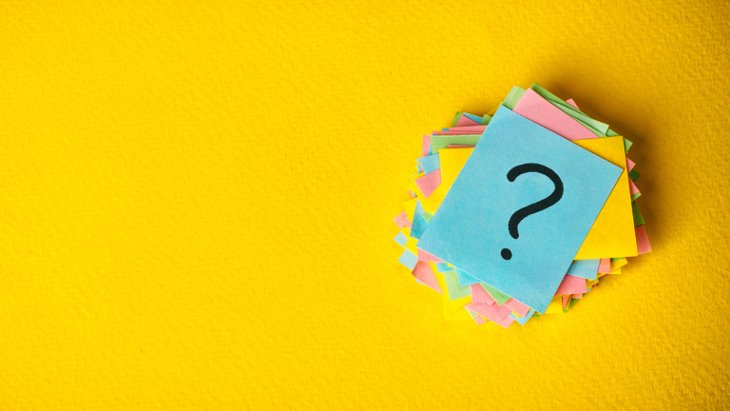 As a rabbi, I’ve heard my fair share of interesting questions…

SATIRE – SO CHILL OUT: Rabbis are our spiritual leaders. Thus they get asked many questions about Torah laws and life from people who want to make the right decisions. I had the honor of working as a rabbi and have dealt with many of life’s most perplexing questions. Here are some of the questions brought to me by the community and how I dealt with them as a young rabbi.

Why Do You Use a Blowtorch To Make Our Kitchen Kosher?

That was a mistake. I shouldn’t have taken a blowtorch to their microwave. That was dangerous. In retrospect, the rabbinic program I took should’ve offered a course in welding. The congregants wanted me to pay for their new microwave, and the table that also went up flames. Perhaps that is what the rabbi’s discretionary fund is for.

When Our Son is Getting Called to the Torah, Where Should We Stand?

Those parents wanted to be at the center of everything at their kid’s Bar Mitzvah. When I called up the young boy to the podium, to give him his prayer book in honor of becoming a man, his dad asked me, “Where is mine?” They left the congregation after being offended by my explanation that each person only gets one Bar Mitzvah. They didn’t like the idea of not being able to get Bar Mitzvahed again with each of their children with the accompanying gifts. To make them feel like they were sharing in the celebration, when they were leaving, I whipped candies at them too.

Can You Do My Husband’s Funeral?

I didn’t want to answer that question. I told the woman that I would rather wait till he is dead before committing. I didn’t know what her plans were and I found her tone unsettling.

Is That our Maiser? Does That Count as Our Tithe?

These people were trying to get out of giving charity. They wanted a definition of tzedakah that included their shopping for winter clothes. They explained their case very well. They told me that walking around without clothes would deem them poor, “thus buying the H&M collection is charity.” They also asked for the shul to underwrite their trip to Hawaii, as poor people can’t afford a three-week tropical getaway.

Is My Kitchen Kosher?

After tasting the brisket, I could tell you it wasn’t kosher. The meat was too lean.

How Does Your Yarmulke Stay On?

I had no satisfactory answer for this. I can’t tell you how to keep your yarmulke on. For me, practice. Many years of practice. It has taken many years to build up my head balancing ability. Even now, when there is wind, I have no idea how any bald man keeps a yarmulke on. I personally use a one-handed yarmulke clampdown.

That was a statement. This is a complaint for the shul board, but somehow the complaint came to me. It’s a complaint, thus the rabbi should field it. I wasn’t even a rabbi of the shul. I was just called up to the Torah and they called me up as a rabbi, so everybody thought they should direct their questions to me that day. When the rabbi of the shul heard I was a rabbi, he ducked out really quickly after the services. I had people asking me to visit their family in the hospital. That rabbi got out of a long day’s work.

Who Should I Vote For?

Don’t worry, I didn’t share my opinion. I think that person just wanted to get me fired.

Why is it So Hot Today?

They think that the rabbi has a direct connection with God, and can thus ask Him why He decided on today’s forecast.

Should We Open Up the Jewelry Shop Downtown?

These people lost trust in their accountant. They came to me. They thought I might be able to get them an answer from God. They thought I had a greater understanding of the world, after I saw the news, when I told them that Wednesday was going to be sunny.

Why Do Good Things Happen to Bad People?

Yes. I also get a lot of other questions from my students that I cannot answer such as how to slaughter a calf.

Should I have Dairy or Meat for Dinner?

This woman couldn’t make up her mind about anything. She came to me with questions about where to take the family for summer vacation. Again, as a rabbi I have no added insight into these problems. I’m sorry to disappoint you.

When Will the Messiah Come?

That was the same woman who, on the shul flight to Israel, kept asking “are we almost there?” At that point, I left that community as a rabbi. I realized that the Messiah was not coming there.

After a month of sitting in a room with this chap, we both gave up trying to answer his questions. We went for a L’Chaim and a nice steak. The steak at least answered the question: what should we eat today.

Why Have I Put on So Much Weight Over the Past Two Years?

This question was asked to me by a convert. They wanted to know why they put on so much weight since converting. I spent a good hour and a half explaining European Jewish food groups, such as kishka and kugel.

I Don’t Want to Move to Israel. Do I Have to Move?

They were looking for a reason to feel good. This is part of the asking for permission genre of questions. You want the rabbi to say what you are doing is permissible. That is why you lead into the question with a statement. This same man asked me, “I am tired. Do I have to go to morning services?” Before Pesach, he asked, “I am not going to clean. Do I have to clean my house for Pesach?”

People have a hard time making decisions. I understand. That is why we are here, as rabbis, to answer your statements. The next time you want to save money on charity or don’t know the weather because you didn’t watch the news, I am here to help you find the answer you want.

If you have a question about Jewish law, and it isn’t in the picture book, please ask one of our rabbis at Aish.com.

How to Help Jewish Singles

The Art of the Shmooze
In the Shadow of David and Goliath
Where Do the Laws of Nature Come From?
Saadiah Gaon, Rashi and Maimonides: How Three Rabbis Revolutionized Judaism
Comments