Praying with My Feet 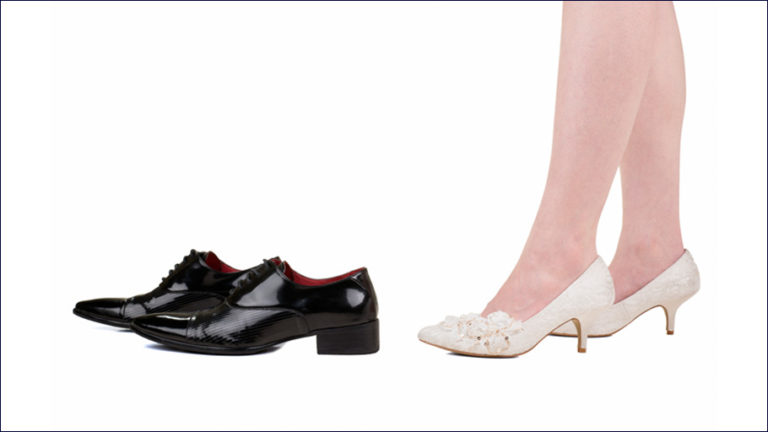 Last year at this time I was preparing to freeze my eggs. This year, I’m planning my wedding.

Last year at this time I was preparing to freeze my eggs. This year, I’m planning my wedding. It’s hard to believe so much can shift so quickly. And while on the surface, it appears that my life changed overnight, there’s a back story.

I always dreamt of having a family: as a little girl I played house, as a teenager I babysat newborns and in my 20s I longed to meet Mr. Right. But 30 came and went and he was nowhere in sight. I was building a happy and meaningful life, but the one thing I most desired eluded me. I dated. I prayed. I went to matchmakers. I was on websites and even downloaded a dating app. Just as I had worked hard in every other area of my life, I was willing to do what it took. And while I found much joy in the day to day (career, friendship, growth and travel) there was a gaping hole in my heart.

I wanted to be a wife and mother, but God kept saying no.

I wanted to be a wife and mother, but God kept saying no. I knew I couldn’t sit passively waiting for my life to change, but I didn’t know what to do.

My fertile years were numbered, I wouldn’t say I could "hear the ticking of my biological clock," but it was on my mind. I was also familiar with egg freezing – a reproductive technology aimed at preserving women’s fertility before their egg quality declines. So, I decided to undergo mature oocyte preservation at the age of 36 as a sort of insurance policy. In reality, it was an act of faith. It was my way of saying, “I’m really hoping that one day I’ll find my guy. And when I do, God, I want You to know, I did everything I could.”

To be honest, it was as much an act of desperation as it was of hope.

Three months after I finished the procedure, I met my fiancé. We had a mutual friend. We hit it off right away. I remember a few weeks into dating he asked me about having kids. “It’s a deal breaker for me,” I said. I saw the color drain from his face and a look of anguish replace his smile. He had misunderstood me. “No, no, like I mean it’s essential for me. I really want to have kids. In fact, should I tell you how badly I want to have a family?”

I took a deep breath, mustered my courage and told him about the procedure, the hope I’d conjured and the faith I was clinging to. It was a moment of truth for both of us. I could share the part of me that so longed to find someone with whom to build and he, in turn, could receive that desire.

As Jews, belief is an action word.

Somewhere, in the deep freeze of a fertility clinic, are the 18 eggs that were harvested last year. And preserved along with them is my faith. The process was grueling for my body, but took my soul to a new place. I became part of a legacy of those who act in faith. As Jews, belief is an action word. We learned this early on as a people.

The Torah tells us that when we were leaving Egypt, we came to the Red Sea. We looked in front of us: water. We looked behind us: Egyptians in pursuit. We felt trapped and afraid. We doubted our ability to survive. Moses, our leader, turned to God and asked for help. God’s response? “Why are you crying to me?”

Now, at first glance, this might appear as a rejection. Aren’t we supposed to rely on God? What did he do wrong? It’s explained that Moses was standing and praying, but that’s not what we needed. There are times for prayer and there are times for action. This was not a time to stand still. God instructed: “Israel is in distress and immediate action must be taken.” Sometimes, we pray with our feet.

And that’s just what Moses did. He acted and he prayed. He raised his staff to split the sea just as God instructed. Sometimes we need to take a step forward instead of praying on the spot.

So what ultimately parted those waters? The midrash relates that it was the act of one brave man. As we stood waiting for God’s miracle, the courageous Nachshon understood that if we expect the Almighty to answer, then we must ready ourselves for His blessings. Nachson believed that God would bring dry land, so he walked right into those waters. Each step he took, the water drew higher. And with each step, he prayed, asking God to see his belief. It wasn’t until the water was almost over his head that the sea parted. Sometimes we need to walk deep into the waters of our life before we see the miracle.

“God’s salvation comes in the blink of an eye” – and it does. It’s just that there were many unseen eye flutters that led to that ultimate blink.

Was freezing my eggs the final action needed for God to say yes? I don’t know. What I do know is that it was one of many daily ways that I made my effort and left the rest in His hands. It might be easy to connect last year’s procedure with this year’s miracle. We are told that “God’s salvation comes in the blink of an eye” – and it does. It’s just that there were many unseen eye flutters that led to that ultimate blink. Every disappointing date and anguished prayer were necessary. Each step along the way brought me to this moment and built me into who I am. If I hadn’t struggled, I wouldn’t have become the woman I am today, someone who knows how to step into the sea of my life.

We may not have Egyptians on our tail or stand at the sea, but every day we confront fear and apprehension. We all have the places where we worry – will there be enough to pay the bills? What will the doctor say? How am I going to manage? Or, like me, will I be forever single? Walking into the water and praying that God will part the sea is a way of life. It is a daily practice of showing up to all that we fear, each ‘what if’ of life, and moving forward as we ask for God’s help. That’s what it means to pray with our feet.

Like any good insurance policy, I hope I won’t need to use those eggs. But I have no doubt I’ll need to call upon the faith that I have built. Life has no guarantees. I am sure there will be deep waters ahead. When I see them, I hope I’ll remember that God has brought a miracle in my life, and with His help, I can keep going, one foot in front of the other.

P.S. When I wrote for Aish.com last year about freezing my eggs I received many kind words in the comments section. People told me they were praying for me. Others offered perspective and hope. These words lifted me. It is one thing to struggle; it is another to feel that we are not alone. Those of you who commented gave me that gift. Thank you. As I prepare for my chuppah, I would be honored to pray for others. Please leave names for prayer in the comments. May we share in joyous occasions and may we walk together with faith into the waters.

Jewish Women in the Footsteps of Wonder Woman

The Non-Jewish World of Disney

Jewish Women Share Stories of Crisis, Healing, and Strength
Korach 5782: Visit to Lift the Spirit
That Time The Ivy League Found A Way To Limit Jewish Enrollment
Would You Rather Be Right or Happy?
Comments
MOST POPULAR IN Current Issues
Our privacy policy