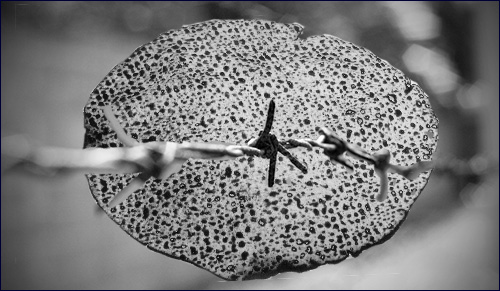 My grandfather’s Passover Seder, hiding from Nazis in the Krakow Ghetto.

A raging fire burned through Europe through the years 1939 – 1945, destroying European Jewry. Mendel and Moshe Brachfeld – my great uncle and grandfather – were two brothers who walked through the fires of the Holocaust together. After the rest of their family was killed by the Nazis they made a pact that they will stay together any cost. They survived together, grew together and were welded together. These two brothers outsmarted the Nazi machine by staying alive, staying sane, and sticking together, staying strong in their mitzvah observance. They survived the war and rebuilt their lives, raising generations of committed Jews, and today are buried next to each other on the Mount of Olives in Jerusalem.

Many survivors were never able to speak about the horrors that they witnessed. My grandfather would never speak of the killing and torture but he would recount as often as he could tales of spiritual growth in the most harrowing of situations. How he and his older brother, with great sacrifice, managed to put on tefillin almost every day in that hell. How they smuggled tefillin from camp to camp, how at one point 500 Jews would line up every morning to put on their tefillin. How they broke open a jail cell and over 100 people were able to escape. How they found a mikva before Yom Kipper and how they survived on only potatoes one Passover. Many stories, all with the same theme – not of horror but of heroism.

There is one story that was repeated every year at the Passover Seder – when my grandfather and his brother celebrated Passover in the Krakow ghetto in 1943.

On the Run in Krakow

During World War II, the Nazis established more than 400 ghettos in order to isolate Jews from the non-Jewish population and from neighboring Jewish communities. The Germans regarded the establishment of ghettos as a provisional measure to control and segregate Jews. The assumption behind this separation was to stop the Jews, viewed by the Nazis as an inferior race, from mixing with and thus degrading the superior Aryan race.

Nazi high officials also believed that the Jews would succumb to the unfavorable living conditions of the ghetto, including lack of food, water, and living space. Furthermore, the ghettos served as round-up centers that made it more convenient to exterminate large numbers of the Jewish population later. The Brachfeld brothers were living in in the Krakow Ghetto, one of the bigger ghettos in Poland1 which was established in March 1941. In March 1943, five weeks before Passover, the Germans liquidated the ghetto either killing or removing all remaining Jews. The great city of Krakow – a city that had been home to Jews for 700 years – was officially declared Judenrein – clean of Jews.

The two brothers decided to go into hiding.

The two brothers understood that listening to the Germans surely would lead to their deaths. They decided to go into hiding. In the five weeks leading up to Passover they were caught along with 100 other Jews, and managed to break out of jail. They were running from attic to attic, trying desperately to stay alive and working on getting papers that they could use to escape.

With Passover approaching, the two brothers wanted to find a way to eat matzah on the first night of Yom Tov. It took a lot of inventiveness and sacrifice – getting caught meant getting shot – but they found some flour and built themselves a makeshift oven2. They found a blech and some highly flammable paint. They set the paint on fire and were able to kasher the blech – and they had a kosher for Passover oven. They baked a few small maztahs for the Seder. (How the smell of burning paint was not detected by the Germans can either be a miracle or perhaps the stench of dead corpses in the ghetto was so overwhelming that the smell of burning paint was insignificant.) 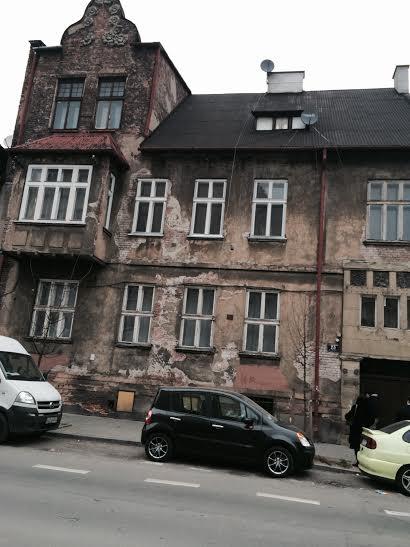 23 Jozefonsky St. The building where the Seder was held

The night of Passover came and they sat down to their makeshift Seder, celebrating the Jewish exodus from Egypt in a hidden attic on Jozefonsky Street in the Krakow ghetto. In years past they had sat at a beautiful set table with the finest silver and surrounded by family. Tonight they sat down in a dark attic, all alone in the world, running from the Nazis, their very lives in danger, with a bit of matzah for which they sacrificed their lives . Marror was not needed; they had enough of that in their lives.

My grandfather, then 21 years old, said to his older brother, "There is no way I can have a Seder tonight. The Seder is to celebrate our freedom, our going out of exile, yet here we sit, our lives in danger, our family is all gone, our parents, sister and her kids were all killed, the entire city is up in flames. The Nazis, with their wild dogs searching for us, won't be happy until every Jew is dead. Isn't this worse than the lives the Jews had in Egypt? What kind of freedom are we celebrating tonight?"3

What kind of freedom are we celebrating tonight?

His brother answered, "Every night in the evening prayers we praise God for taking us out of Egypt to an 'everlasting freedom'. The everlasting freedom that we gained and are thankful for isn't a physical freedom – that is only a byproduct of what we got that night. Rather it's the spiritual freedom that we recognize. Passover celebrates the birth of a nation, when we went from being Egyptian slaves to becoming a newly born Jewish nation – a nation that God could call his own. When we sit down at the Seder we celebrate something bigger than life, a going out of slavery into the embracing hands of our Father in heaven, becoming a Godly nation. This is something that no one can ever take away from us. No matter how much they beat, torture and kill our physical bodies, our souls will always remain free to serve God."

With those words the two brothers, my grandfather and his older brother, sat down to a Seder that consisted of dangerously produced matzah and a little bit of borscht in place of wine.

My grandfather often said that this was the most magnificent Seder he ever experienced.

1.Jews had been living in Krakow since the 13th century. Many great rabbis through the generations had lived in Krakow including Reb Herschel of Krackow, the Rema and the hassidic master the Meor Veshomish.

3 Interesting to note: my grandfather would repeat this story with pride. He was never ashamed to repeat his question and of his initial unwillingness to participate in the Seder. There is nothing wrong with a sincere question that leads to a profound answer.

I’m Not a German; I’m a Jew: A Passover Video
For Every Individual, A Torah Scroll
Allegiance To The Monarch
Meet the Real You: Yom Kippur
Comments
MOST POPULAR IN Passover
Our privacy policy
Aish.com Is Looking for Great Writers