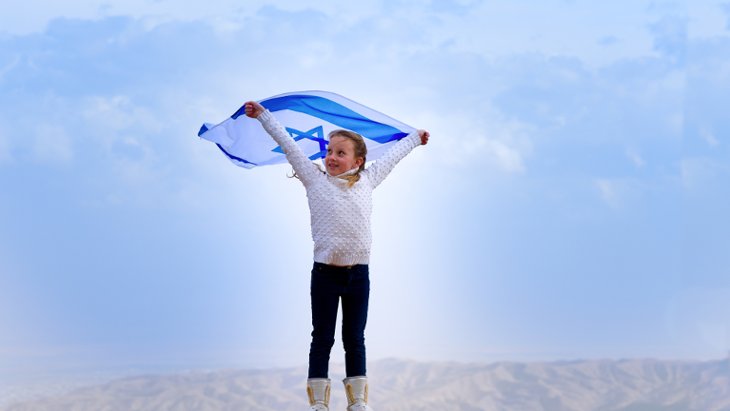 Israel’s national security and its national decency are closely linked.

Israel’s strategic standing in the region is a concern on everybody’s minds these days as the Turks, Iranians, and Russians maneuver aggressively on our borders, while the US appears to be in retreat.

Beyond the politics, here is an unconventional theological thought: Israel can upgrade its strategic standing in the region by improving social standards in Israel. Israel can defeat Hamas in Gaza by eradicating “hamas” (Hebrew for injustice) at home. It can withstand the Iranian imperial march by ensuring righteousness in Jerusalem.

In other words, Israel’s military might and diplomatic power are partially a function of its moral strength. When Israel is strong socially and spiritually it earns the respect of friends and successfully deters its foes (and draws the support of the Heavens).

Where does one start?

Perhaps by putting “moral chains on our appetites,” as Edmund Burke once wrote. Good society depends on a system of restraints; on internalizing external authority through conscience. (That is one of the features of a life lived according to Jewish law.)

We need fetters on our passions. It would be healthy to shackle Israeli public discourse against violent language and hyperbole; to actually practice some national unity, not just talk about it. It would be advantageous to cut back on personal attacks, add a touch more tolerance in education, strive for fairer distribution of the national burden, show more concern for the widow, orphan and unemployed, increase philanthropy, and evince some reverence for heritage.

Most of all, Israelis need to curb their conceit, and check their self-satisfaction; to find a way to celebrate society’s successes without impudently idolizing them.

Indeed, one of the key theological lessons derived from the two great wars described in the Bible against Egypt and Amalek is that man should be humble. Man can claim only partial credit for his victories.

Even when he expends blood, sweat, and tears to defeat an enemy, or to overcome other adversities, he ought to recognize that success ultimately flows from God.

That’s why our biblical ancestor King David, the great military conqueror who brought security and stability to the ancient Judean state, was prevented by God from building the Temple in Jerusalem. A Temple built by David would have been like the Colosseum in Rome that Vespasian constructed as a testament to his conquests; a monument to his own might. It would have confused David’s victories with God’s greater purpose for the entire world.

Take the sukkah booth that is mandated by tradition as a temporary dwelling for the holiday week of Sukkot (Tabernacles) that we just celebrated. The sukkah is meant to convey a sense of uncertainty in the life of man and nation; a dependency on the elements of nature (i.e., God) that inspires humility, as well as offering a path toward divine embrace, and ultimately toward personal and national confidence.

“Where men do not know or acknowledge the bountiful and blessed character of the given world, and the special relationship of all human beings to the source of that world, they will lapse into worship either of powerful but indifferent natural forces or of powerful and clever but amoral human masters and magicians.”

On a meta-historic level, Rabbi Lord Dr. Jonathan Sacks points out that Jews always have seen the chronicles of mankind as nothing less than a drama of redemption, in which the fate of a nation reflects its loyalty (or otherwise) to a covenant with God.

How does Israel overwhelm its external enemies? By adhering to internal moral standards and building an exemplar society of exceptionally superior strength.

And this imposes tremendous responsibility on the Jewish People to do things right, and by reputational association with the Creator to create “kiddush Hashem” – a sanctification of God’s name in the world.

Non-Jews have understood Jewish history this way, too. Sacks quotes the once-Marxist Russian thinker Nikolai Berdayev ("The Meaning of History," 1936), who concluded that the script of Jewish history bears the mark of God’s hand.

Berdayev: “[The Jews'] survival is a mysterious and wonderful phenomenon demonstrating that the life of this people is governed by a special predetermination, transcending the processes of adaptation expounded by the materialistic interpretation of history. The survival of the Jews, their resistance to destruction, their endurance under absolutely peculiar conditions and the fateful role played by them in history: All these point to the particular and mysterious foundations of their destiny.”

Again, this perspective imposes enormous responsibility on Jews throughout the generations and on Israelis of this era – to live up to those “particular and mysterious foundations” and to the ethical exhortations articulated by the Torah.

As such, Israel must celebrate more than its material achievements – whether they are in military, medicine, high-tech, agriculture, energy, or the arts. Israeli society must not accept “average” levels of crime or domestic violence. The state and people of Israel must be socially and morally super-conscientious; and in so doing, point beyond themselves to something grander than the natural order.

Rabbi Dr. Meir Soloveichik puts the task this way: “How can Israel be a vibrant democracy that celebrates its independence and even at times its power, while creating a civic structure that embodies the Jewish story and mission, which transcend the modern state? How do we sustain a functioning, prosperous polity that points beyond its worldly achievements to God’s higher purposes?”

And to bring the issue back to current strategic challenges, how does Israel overwhelm its external enemies? By adhering to internal moral standards and building an exemplar society of exceptionally superior strength.

This article originally appeared on IsraelHayom.com

Differentiating between Demonizing and Critiquing Israel
Is Grease the Word?
Dried Fruit Compote
Scientific Curiosity and the Divine Encounter
Comments
MOST POPULAR IN Israel
Our privacy policy
Aish.com Is Looking for Great Writers