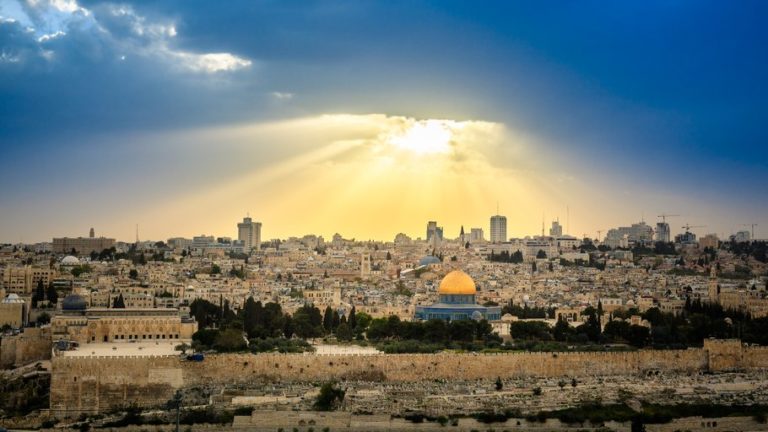 I will never forget the way my father, of blessed memory, recited those words at the conclusion of every Yom Kippur. Born in a small shtetl in Poland, my father’s name was Ben Zion, which means “Son of Zion”. That was far from a common name for a boy born in the Diaspora, a child with little hope for ever seeing the holy land of Zion or witnessing the miracle of its rebirth as homeland once again for the Jewish people. But somehow my grandparents were spiritually moved to identify their son with a name that linked the glory of our past with the hope of our future.

I am a tenth generation Rabbi. My father, after succeeding in fleeing to America with us, his family, on the last boat out of Europe before the horrors of the Holocaust, assumed a position as spiritual leader of a small congregation in Brooklyn. It was here as a little boy that I would stand alongside of him as he prayed. And it was here that I witnessed holiness – the power of the human heart truly connecting with its creator.

Yom Kippur is a journey. Its climax comes at the conclusion. We shout the Shema. That is the highlight of our personal connection with God. But we do not forget our national dream and our spiritual destiny. We conclude with “Next year in Jerusalem.”

Every year when my father Ben Zion cried out these words he would, in a way I cannot explain, commingle joy and sadness, ecstasy and tears. The joy was the result of his certainty that the prophetic promise could not be denied forever. The tears were the recognition of reality. Jews and Jerusalem were not yet reunited.

But we are the generation of miracles. To us has been given not only the gift of return to our ancient homeland and the creation of the state of Israel, but the divine response to our supplication for the ability to serve God in the holy city of Jerusalem as well – not “next year” but “this year.” That part of the dream is but an El Al ticket away.

Of course the vision of next year in Jerusalem was always meant to suggest not just a physical reality; it expressed the hope for complete spiritual redemption, with a rebuilt Temple and a transformed world that recognizes the reality of God and his special relationship to the Jewish people.  But the literal words themselves simply conveyed the dream of the first stage of that longed-for messianic anticipation.

And a few weeks ago marked yet another chapter in this remarkable story. At long last, the United States fulfilled its promise. After years of delaying a congressional mandate for fear of upsetting the Arab world, America moved its Israeli embassy to the capital city of Jerusalem. Israel is no longer the only country in the world denied the right to choose its own capital. A 3000 year old injustice has finally been rectified and King David must be rejoicing in the heavens above as the most powerful nation in the world today acknowledges the status of his designated holy city.

Now, more than ever, the message and meaning of “next year in Jerusalem” are profoundly needed – because we urgently must be reminded not to repeat an incomprehensible historic mistake.

It was in 1967 that Israel was attacked by its Arab neighbors. All of them together were no match for the God of Israel. To this day, military planners at West Point who study the Six-Day War simply cannot understand how Israel was able to achieve its victory. The miracle reached its pinnacle when the IDF re-conquered the old city as well as the site of the two ancient Temples. No one can forget the moment when Rabbi Goren hastily secured a shofar and blew it with the sound of the long blast which Jews identify with the arrival of Messiah.

The cry of paratroop commander Mordechai Gur into his field radio – “The Temple Mount is in our hands!” – was documented in detail around the world and entered the pantheon of national symbols of the state of Israel.

Indeed, the moment had come when it truly was time to say “This year in Jerusalem.”

And then everything changed. From the euphoria of liberation and the jubilation of world Jewry at reclaiming its holiest site, there was a proclamation which totally altered the moment’s spiritual meaning.

Only a few hours after IDF Chief Rabbi Shlomo Goren blew the shofar and gave the Shehecheyanu blessing beside the Western Wall, Gen. Moshe Dayan ordered his troops to immediately remove the Israeli flag that the paratroopers had raised on the mount. Dayan’s second act was to clear out the paratroop company that was supposed to remain permanently stationed in the northern part of the mount. An edict which elicited gleeful astonishment in the Muslim world and incomprehensible shock among the victorious Israelis went out, forbidding Jewish prayer and worship on that very spot to which Jews had physically, emotionally and mentally directed their prayers ever since their expulsion.

The triumphant shout of Mordecai Gur, “The temple mount is in our hands,” was true – but only for a short few hours. In giving religious sovereignty over the Temple Mount to the Muslims, Dayan believed he was defusing the site as a center of Palestinian nationalism. And now we know how mistaken he was.

Indeed, even as the Jewish state likes to boast that every citizen enjoys freedom of worship and free access to the holy places, that statement is not true for one group of people: Israeli security forces repeatedly curtail the exercise of that right specifically and only when it comes to Jews.

Freedom of worship is an ideal Americans treasure. How shocked they are to learn that when small groups of Jews are permitted on the site holiest to them, their lips are carefully watched to ensure that under threat of fine and/or imprisonment they do not commit the crime of prayer to the very God who made the miracle of Jewish return possible.

Could we be guilty of repeating this same mistake in future negotiations?

Unlike generations of the past, our longing for physical Jerusalem has been greatly fulfilled. However the ancient prayer still needs to be recited as written: “Next year in Jerusalem.”

We yearn for the complete spiritual rebuilding of Jerusalem. And we must realize that what we possess today may foolishly be forfeited tomorrow. Our prayer must be uttered – but with different meaning.

“Not only this year – but next year and all the years to come in Jerusalem.”

Neither we or our enemies can ever forget this. 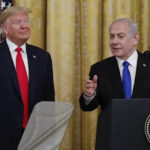 At the White House for Release of Trump’s Peace Plan: A Historic Day, No Matter the Outcome4 min read