If the New Year is a fearsome day of judgment, why is it a cause for celebration?

Rosh Hashanah is a paradox. On the one hand it is a celebration – the sweetness of a new year, along with festive clothes and special foods. On the other hand it is a day of judgment: "Who will live and who will die?"

There are more puzzling elements to Rosh Hashanah. The holiday includes the first and second of the Ten Days of Repentance, culminating in Yom Kippur. And yet, the prayers of Rosh Hashanah mention nothing about repentance. There is no confession of our sins, no regret about the past, no recriminations. So, is Rosh Hashanah a day of repentance, or not?

We know it's a day of judgment. And if we are being judged for our behavior this past year, then we'd expect to see at least a few repentance days coming before the day of judgment, not after.

And why are we judged on the first day of the new year? Wouldn't it be more fitting to be judged at the end of the previous year? Some way to celebrate a Happy New Year – go on trial!

All these inconsistencies demand further investigation.

Every holiday in the Jewish year has a certain spiritual energy and potential which is responsible for creating the holiday. In essence, every year we travel through the cycle of holidays and come again to that same point in time, and to that same event which happened on this date with its spirit and potential intact.

For instance, on Passover we come around to the time of freedom from bondage. All aspects of God's revelation and redemption are available to us again each year, as they were when the Jewish people left Egypt. Other holidays follow the same pattern.

So, what about Rosh Hashanah? What historical event happened on this day? Are we commemorating anything? What's the energy inherent on the first day of Tishrei?

In the prayers of Rosh Hashanah we get a hint:

This is the day of the beginning of Your creation, a memorial of the first day... today is the conception of the world.

It seems that the world was created on Rosh Hashanah!

Tradition tells us that man was created on this day, and this is where our calendar begins. We date back to Day One of creation of man.

This is the day of the beginning of creation, like R' Eliezer said: "In Tishrei the world was created." (Talmud, Rosh Hashanah 27a)

There is a dispute about this in the Talmud. Was the world created on Rosh Hashanah, or on Passover? The Tosfot resolves the issue:

Rabbi Yehoshua says differently from Rabbi Eliezer that the world was created in Nissan (the month of Passover) but these and these are words of the living God. And we should assume that in Tishrei, the thought to create came up in [God's] mind, but it was not brought into creation until Nissan. (Tosfot, Rosh Hashanah 27a)

What could this mean? Does God have a mind? Can something come up in His mind and take six months to "gel"? To plan out and execute? God is above time, and the concept of time wasn't even created until the fourth day of creation along with the sun and the moon! This cannot be a literal description of events. What then is the lesson being taught through this resolution of the creation-day dispute?

God obviously didn't sit and mull over His grand plan to create the world from Rosh Hashanah till Passover. Rather, God created the concept of the world on this day, the blueprint, the plan, the idea. This day is a day meant for conception anew, a re-creation, a "pregnancy" of a plan, not for the execution. This is the inherent energy which we can tap into every year.

Every Rosh Hashanah we enter into that primal event of pre-creation once again, that time before all time began. There is a planning anew of the world – in essence. We don't exist in the past at all – there is no past on this day; the world has not been created yet!

We can begin to fathom the intensity of this idea when we return to one of our earlier questions. Why is there no repentance on this day? No regret, no mention of sins? Because there is no past to regret and repent for. We are recreated today from scratch, with an empty slate.

A New Plan of Action

The prayers on Rosh Hashanah focus instead on God's reign, on God's renewal of His kingdom for another year. God judges His world and the creatures within it on this day, determining their worthiness of existence and their status and circumstances for the new year.

Since this judgment is not based on our past, for we are "new," pastless beings on this day, what then is it based on? How does God decide whether we are signed in the Book of Life?

We are expected on this day to conceive of a plan, to engage in a vision of the future, to have ambition and desire to take an active part in the Almighty's supreme kingdom in the coming year. And this is what the judgment is based on.

To the extent that we can remove ourselves from our past limitations, and reach for the stars, see ourselves as new beings involved in a new and ambitious plan for reaching our ultimate destiny, as individuals and as a nation, to that extent we have chosen life and have, in fact, signed ourselves into the Book of Life for the coming year.

For practical advice on coming up with a plan of action, see "Making a Plan For Your Life". 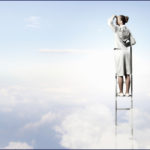 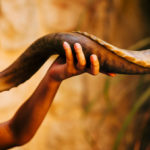 3 Steps to Preparing for This Rosh Hashanah6 min read 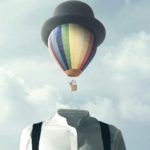