My Return to the Mikvah 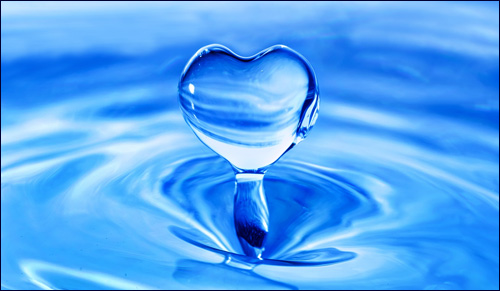 I was desperate to get my marriage back on track and reclaim the intimacy we once felt with each other.

This article deals with a sensitive subject. Reader discretion is advised.

It was finally dark, so I threw my bag over my shoulder and stepped over Legos, nerf gun bullets and stuffed animals on my way out the door. Twenty anxious minutes by car. Plenty of time to remember that day before my wedding. It had felt ridiculous then, but I approached going to the mikvah with an air of inquiry, like a journalist taking notes in a foreign land. Now I felt a grim, steely resolve. I was desperate. I needed to feel the presence of God. And I needed to get my marriage back on track after six solid years of distraction wrought by our dear children, and, thanks to the recession of 2008, financial uncertainty.

On my first visit to the mikvah almost a decade ago, I was 25 and a former public school girl: a three-day-a-year Jew who celebrated Rosh Hashanah and Yom Kippur and kept a partially-kosher Passover (i.e., omelets in a diner were fine, as long as I skipped the toast). I never knew there were any other fast days for Jews besides Yom Kippur. Our Yom Kippur fast ended at 4 PM because we just couldn’t wait until nightfall – but still, we fasted.

My family kept kosher for the first ten years or so of my life, but when things got financially tough my mother started buying treif meat and salting it at home. Eventually she stopped salting it and we gave up any semblance of kashrut soon after. But my parents still held fast to a mainstay of Judaism: they yearned for me to date Jewish boys. I resisted.

When I had my final list of acceptances for college, my mother made her own list, noting the percentage of Jewish students at each school. She let me go to Oberlin, a small liberal arts college in Ohio (emphasis on the word liberal), because it was 30% Jewish. As I was going to college to meet my future husband, she thought the odds were good. What she didn’t realize was, at Oberlin, the goods were odd.

But there was a Kosher Co-op at Oberlin, and when the co-op I chose based on its description as the Gourmet Co-op turned out to be a horror show (think Hunger Games crossed with Supermarket Sweep and you’ll get the picture), the co-op office offered me a space at Kosher Co-op. I learned how to keep kosher and my job as the Friday morning Cholent-Maker would eventually pay off in spades in the decades that followed. I even dated a Jewish boy, and from that brief experience I understood how important it was to have a shared cultural and religious heritage. These Jews are onto something, I thought.

Seven years later, I married into a Modern Orthodox family. That family included my husband, who was off-the-derech when I met him, but who had explained that he would return to the fold when he had children, with whomever he had children. Three years later that turned out to be me! Not being brought up observant gave me the freedom to pick and choose what I wanted it to be. And my husband was fine with that. “Should I cover my hair?” I asked, hoping he would say no. “It’s not necessary,” he said. “Should I go to the mikvah?” I asked, again hoping he would say no. He paused and answered, “It’s up to you.”

Going to the mikvah was simply another pesky errand on my pre-wedding to-do list.

I thought the laws of Niddah (Family Purity) to be out of sync with my progressive, feminist education. But as a bride, I had no choice. I had to attend the mikvah and report back to the Rabbi that the deed was done. So it was simply another pesky errand on my pre-wedding to-do list. Although I appreciated a “fresh start” before my wedding, I simply could not understand why I had to be “ritually pure” for my husband going forward. Getting back into the car on that cold March day nearly a decade ago, I couldn’t see ever returning to a mikvah.

But ten years later I had reached a point in my life where it was clear that something was amiss: a gap had developed. A gap where the intimacy with my husband used to be and a gap where my faith in God used to be. I thought that taking on the mitzvah of mikvah might help address both.

I stepped out of the shower and put on the robe and slippers that had been set out for me. A few minutes later, I stepped into the mikvah proper: tiled floor leading to steps; skylight overhead, water below. Although the air was surprisingly warm, I shivered as I submerged myself into the water.

Getting dressed, I felt like a weight had been lifted. Whether this was from doing something that felt spiritual or from making a plan and following through, I cannot say. But one thing was certain. When I came home that night, the children were sleeping, the house clutter cleaned, and my husband was waiting for me to complete the mitzvah that going to the mikvah set into motion. And the stresses we coped with that day, or the previous week or month were tucked away for a few hours.

The rhythm of the mikvah guided us back to one another.

In the months and years that followed, the rhythm of the mikvah guided us back to one another. It forced us to focus on each other physically and intimately for two weeks – and because those two weeks seemed so brief, we longed for them.

Before, with complete access to one another, we would often put our intimacy on the back burner, reasonable excuses in abundance, what with the tumult of raising three kids, working full-time, volunteering at shul and at school, and worrying over our bills. We had this choice to be with one another but in the end were choosing everything but us. We had become relay runners in a race, passing the batons of errands and worry back and forth to one another.

With Niddah and mikvah, it felt like time stood still. When I came home from the mikvah, I finally had unfettered access to my husband, and he to me, and everything else fell away. Because the Jewish laws proscribed our intimacy, we were forced to put one another first. We treasured this short time we had with one another and did not take it for granted. When I would make my appointment for the mikvah and let my husband know, we would both have butterflies in anticipation of our coming together again after our separation. It turned out to be great marriage therapy.

Turns out that God was onto something with this mikvah stuff! He’s fully aware of the difficulties in nurturing intimacy in marriage and provided a remedy in those 3,000 years of tradition. Observing the family purity laws and going to the mikvah brought us closer to each other and to God.

Growing Up Catholic and My Grandmother’s Hidden Past

My Story of Sexual Abuse