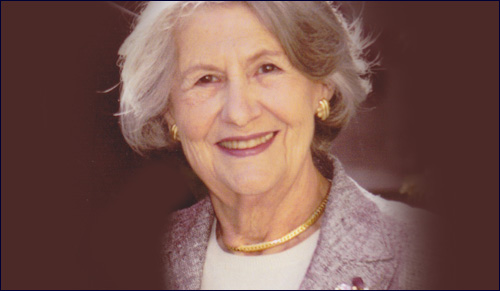 My mother was a strong, opinionated dynamo. How could she be gone, just like that?

It felt like quite a while since I last spoke to my mom on the phone to bring her up to date with everything going on in our lives in Jerusalem, tell her what’s up with the kids, how our daughter Avia is doing a month after getting married.

And then I remembered.

I can’t call my mother and have one of our laid back chats; she died almost three weeks ago. I will never speak to her again. 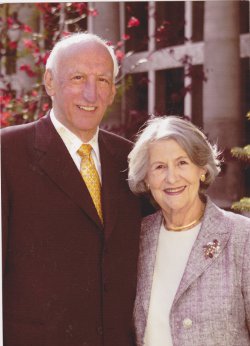 For a brief moment the reality of my mother’s death hit me. My mother was such a formidable life-force, a strong, opinionated, forthright dynamo whose presence naturally commanded respect. How could she be gone, just like that? It’s not denial that I’m experiencing; it’s that my mother exuded so much passion and life it’s hard to imagine she is no longer here. It doesn’t seem possible.

The reality is slowly trickling in.

My mother, Myrtle Coopersmith, was 83 years old. My father, Dr. Harvey Coopersmith, celebrated his 83rd birthday while we were sitting shiva in Toronto – the first time in 15 years the entire family was together. This August my parents would have celebrated their 63rd wedding anniversary.

Allow me to share with you a few things about my mother and her final days.

Family was my mother’s first priority. She received tremendous satisfaction being a wife and mother. Her first priority was my father, whom she placed on a pedestal (“Ask Harv," she'd tell people, "he knows everything.”) and then her five kids (all of whom at one point were under six years old – quite uncommon for a non-observant family in the sixties.)

When my father, then a family doctor, wanted to go back to school to specialize in endocrinology, my mother encouraged him to do so, knowing it meant he would not be around much for the next three years. My father would in turn drop everything to be home for dinner with the family at 6PM sharp, and then go back to the hospital.

My mother was the matriarch of the family, her kitchen was her royal office and her throne was at the head of the dining room table, where we would gather every Friday night. Decades later, when the entire family would come together around the dining room table, (a rare occurrence with my brother and I living in Israel), she would inevitably take in the scene and cry tears of joy and nachas.

She would get powerful businessmen on the phone soliciting funds first thing in the morning, sitting in her robe at her kitchen table. They stood no chance against my mother's authoritative professional demeanor. You don’t say no to Myrtle Coopersmith.

During the shiva, a woman very involved in the Toronto Jewish community told me that my mother was her mentor. I was surprised. Apparently many decades ago my mother saw a need to galvanize the next generation of Jewish women to take active roles in the community and led a mission to Israel with the condition that participants give back to their community and assume leadership positions upon their return.

My parents were instrumental in helping Aish HaTorah get on its feet in Toronto, in the early days of the ba’al teshuva movement when many people viewed young 20-somethings becoming religious as cult-like behavior.

My mother despised phoniness and had that ability to pierce through people’s armor and see what they were really made of. She was never shy to speak her mind no matter who she was talking to.

In 1979, when my brother Eric decided to stay in Jerusalem and study at Aish HaTorah, my mother, like a lioness protecting her cubs, flew to Jerusalem to meet Rabbi Noah Weinberg, o.b.m., to find out what this unknown yeshiva was about. After meeting my mother, Rabbi Weinberg told my brother, “In all my years of being a Rabbi, no one has ever spoken to me like that!”

During that initially tumultuous time, Eric asked my mother, “What bothers you so much about my getting into Judaism? It's not drugs or Hare Krishna. It’s the same Judaism that means so much to you.”

My mother’s answer solved the mystery. “I don’t want Rav Noah to replace your father as the most important man in your life.” Underneath it all, it was all about my mother’s love and respect for my dad.

“No one can or will ever replace Dad,” my brother replied.

A couple of weeks before my daughter’s wedding it became clear that my mother was ailing and that my parents would have to miss the first major family simcha (celebration) in Jerusalem. My daughter, who was very close to her bubby and in some ways very similar to her, was crestfallen.

My wife and I flew out to visit right after sheva brachos was over, along with my brother and his wife. My mother was at home with 24-hour hospice care and we were fortunate to spend her last good week with her. She refused to take any medication because she did not want it to cloud her mind.

Before my brother and his wife returned home to Jerusalem, she told them, “Bring Moishie.” Eric’s son Moishie is the eldest grandchild, and my mother had a very special relationship with him that began when he was a nursing infant. Two months after he was born Eric and his wife visited my parents. My sister-in-law needed to be hospitalized for a serious but not life-threatening ailment. She ended up requiring surgery and stayed in the hospital for two months.

During that time my mother, without hesitation, became Moishie’s surrogate mother, taking care of him 24/7, bundling him up every day in the middle of winter to bring him to his mother in the hospital, never once giving my sister-in-law the feeling that she was somehow inconvenienced.

That period when my mother took care of Moishie when no one else could forged a special bond between them. She wanted to see him one last time before she died.

Ten days later, Eric returned with his son, now a married man with children of his own. They arrived Thursday night and at this point my mother was very weak. When they walked into her room she opened her eyes, smiled, and said, “Moishie!”

At 5:30 AM the next morning my mother peacefully passed away. Jewish law stipulates that from time of death until burial the deceased cannot be left alone. The soul is hovering over the body and can be disoriented and confused. Shomrim, those who watch and guard the deceased, recite Psalms that provides comfort and soothing to the soul. While my father and siblings were making arrangements for the funeral, Moishie watched my mother, taking care of her soul when no one else could, returning my mother’s kindness so many years later.