My Father’s Visit from the Next World 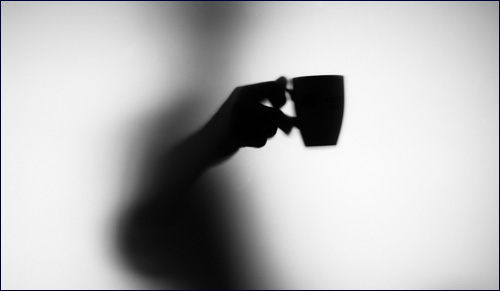 He insisted on a cup of coffee. Little did I know he was saving my life.

Winter, 2014. The heat in my apartment went off at 10 p.m. and it was freezing cold. So I went into the kitchen, opened the oven door and turned the dial to 550, the highest it could go. Then I went to bed. (Not smart, I know.)

I fell into a very deep, warm, enveloping sleep watching a dream about someone rearranging glass dishes in cabinets, sinking so deep into unconsciousness that it didn’t matter what was playing on the white screen in my mind.

Then, suddenly, the “movie” stopped dead in its tracks, replaced by something resembling a commercial, breaking news, the Emergency Broadcast System, beep beep beep, test interrupting a TV show – happening just like that.

The dishes disappeared and there, on the screen, reclining and propped up on one elbow, was my beloved father, Irving Schenerman, a/k/a Isser Ben Manis, who died of leukemia in 1999.

“Bethie,” he said, looking straight out at me, “go in the kitchen and make me a cup of coffee.”

How will you drink coffee? You’re not alive anymore.

“But how will you drink coffee? You’re not alive anymore. But wait, Daddy, I want to talk to you, I miss you so much.”

I knew if I opened my eyes, he’d disappear.

I had seen my father in dreams years before, once after getting scary news from a doctor and the next time while unconscious on an operating table. Both those times he’d been standing in mid-air, surrounded by a beautiful yellow light, with his arms held out to me. I had run into his embrace and gotten twirled around like a little girl, holding on tight, not wanting to let go. Both times, without speaking, he’d given a little push and released me back to this world where my children waited for me.

This time was different. After 15 years gone, dead and buried, he’d come back for – a cup of coffee?

He faded away and the dream about glass dishes came back on. My mind was giggling in Yiddish-English now, like someone in a stupor – drunk without drinking. “Vus iz dus with the plates?” I asked myself. “It’s too soon for an OCD Pesach prep dream!”

I waited to see if my father would come back. It was warm and cozy in my bed. I was groggy, drowsy, floating in the deepest ocean getting hit by wave after wave, sinking – and liking it, even. After surviving so much in my life, was I now scheduled to die? Was that why he was here? Was I going to grab a coffee to go and then float out of this world, arm in arm with my dad?

Suddenly, Dad was back again.

“Daddy, please talk to me, please don’t leave,” I said.

“Bethie,” he said calmly, “I can’t talk to you unless you go into the kitchen and make me coffee.” 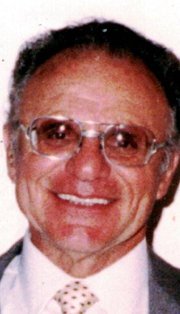 Okay, okay, I forced my eyes open and looked at the clock. It was 6:00 a.m., time to get dressed for work, anyway – not like I really wanted to go there – or anywhere. I stumbled out of bed, feeling myself in a fog. I walked toward the kitchen.

Approaching it, a wall of heat hit me so hard, it felt like I was in a shvitz, a Russian bana sweat bathhouse, the kind my grandfather used to go to. And then I remembered. The oven! The oven had been on for eight hours, set at 550, with all the windows closed. God alone knew what could have happened! I felt like I was waking up from a coma, reaching for the pot to boil water for coffee.

The empty metal pot, sitting on the stovetop, was burning hot, like it was resting on a furnace. Even the plastic temperature dials were superheated. Maybe, given more time, they would have melted. I grabbed a potholder and shut the oven off.

Then it hit me – why my father had made his odd request. The gas and heat were so intense that maybe in a short while nothing in this world would have roused me from the deepest warmest sleep I’d ever known. Maybe a spark would have ignited; maybe I would have blown up my entire three-room, second floor apartment or the entire house, for that matter.

Maybe, in the little window of time before irreversible catastrophe, someone in Heaven had taken note, someone who’d loved me unconditionally all my life, someone who’d left the world of action years ago, but had never really left me, someone who knew that only he could force me out the deepest sleep.

“Poppy saved me,” I told my daughter Debra, who was visiting from Israel.

“Maybe you saved yourself,” she answered. “Deep down inside, you knew the oven was on full blast for eight hours, you knew it was dangerous, especially if the pilot light went out and the apartment was filling with gas and no windows were open and you were too groggy to get up.”

“You wouldn’t have listened to anyone else. He knew that.”

She continued, serious and rational: “So you created, in your mind, the one person who could move you to action, the one person who’d never lied to you or played games with you or turned his back on you no matter what stupid thing you were doing, the one person whose voice could rouse you from a coma-like state, and even against your will, make you turn away from wanting to remain with him – in order to return to life without him. You created the image of your father coming all the way from the Next World, to compel you to save yourself – before, God forbid, it was too late.”

She wasn’t done. “But I don’t think that’s what happened, Mommy. I think it really was Poppy talking to you, asking for a cup of coffee to get you into the kitchen to turn off the gas. You wouldn’t have listened to anyone else. He knew that.”

Perhaps someday, wherever we go to after death, I’ll sit down and have a cup of coffee with my father. Then I’ll ask him about this and many other hidden, mysterious things. Until then – chalamti chalom – I dreamed a dream, until it woke me up and saved my life.

This article originally appeared in The Jewish Press

Smile, At All Costs

Letting My Hair Grow Again
Why Are The Prayers Of Yom Kipur So Repetetive?
Ha'azinu 5783: A Time for Unity!
Twisted Thinking
Comments