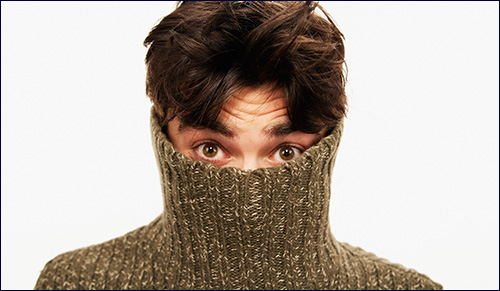 How my son overcame his debilitating stutter and became an inspirational speaker.

Over the last 10 years, my 28-year-old son has taught on numerous Jewish educational programs in the US, Canada, Central Europe, Israel and Australia. He received an International MBA, worked at Deloitte as a Strategy Consultant and consulted senior-level executives on their presentations skills. Currently, he works at a unique start-up, mentors entrepreneurs at a technology accelerator, and lives with his wife and children in Israel.

Yes, indeed, I am a “proud Jewish mother.” But there is much more to my son, Moshe, than the above.

Anyone who has known Moshe since he was a child knows that for him, speaking, whether one-on-one or in front of 500 people, is a big deal. Moshe stutters. It began when he was about three years old, at which point we were told to ignore it, as most children who begin stuttering before the age of five stop on their own; it is merely a stage of speech development.

In Moshe’s case, however, it got worse. As he got older, he often was unable to complete a sentence without getting stuck. Even saying his own name was a challenge. Phone calls were extremely difficult for him; he bore the embarrassment of being hung up on when he was unable to identify himself to the person at the other end of the line, who would think it was a prank call. Moshe was talented, bright and athletic; but to him, it was all worthless because he couldn’t talk.

Moshe was teased for his stutter on many occasions, which increased his reluctance to talk. He became angry and resolved to work harder and harder with his speech therapist to help himself overcome his challenge.

When he spoke at his Bar Mitzvah, after tens of hours of intense speech therapy, his therapist and I sat together and cried tears of joy and pride. He spoke so fluently that a relative came to me afterward and commented that he was anxious about the speech for Moshe’s sake, but then he realized that it must have been another of my children who struggled with a stutter because Moshe was flawless!

At 15, Moshe went to Israel to finish high school. He was searching; searching for answers, and more importantly, searching for inner peace. He met mentors and teachers who didn’t see a stutterer; they saw a teenager looking for acceptance and meaning.

Years went by and Moshe came to a place of acceptance. He realized that he was not a stutterer, but he is a person who stutters. Once he accepted that and put it out there, he began to stutter less. It is not uncommon for him to include the fact that he stutters when introducing himself, just to ease his own level of tension.

Since then, Moshe has been sent to Europe and Australia to run youth programs. He is a dynamic speaker who captures the attention of any audience. He is a gifted teacher whose students truly enjoy his classes. His stutter is not gone; and there are times when it is more pronounced than others, but the fact that Moshe accepts it makes him infinitely more fluent and comfortable with his audience – whether it is five men in a Talmud class, 50 synagogue-goers, or 500 teenagers.

I believe that Moshe’s stutter has not only not held him back, but his struggle with it has propelled him to heights he would not have dreamed possible.

As a parent of a stutterer, I offer the following suggestions to make to those in the same position:

Click here to see my son’s crowdfunding campaign for his new book.

Originally from Memphis and currently in Toronto, Judy Yormark Mernick is a very proud mother and grandmother. She works as a Law Clerk / Office Administrator, but her primary focus is her family. As such, she is happy to promote her son's campaign to pre-sell his upcoming book, The Gift of Stuttering. (Details can be found here.)

Chanukah in the Soviet Gulag
For Every Individual, A Torah Scroll
Allegiance To The Monarch
Meet the Real You: Yom Kippur
Comments
MOST POPULAR IN Spirituality
Our privacy policy
Aish.com Is Looking for Great Writers