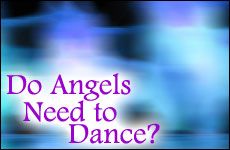 I wished that somehow they had known how to make me feel included, that cold and rainy Sukkot night, rather than ostracized.

One evening during Sukkot, at the Simchat Beit HaSho'evah celebration held annually at Neve Yerushalaim, a Jerusalem women's seminary, my daughters and I engaged in four or five hours of non-stop dancing. The boomingly loud music, provided as it is each year by a local women's band, was ear-splitting, irresistible, rhythmic, sometimes sweet and yearning. The women and girls, mostly strangers to each other, came in all ages, and for those uninhibited hours hundreds of us danced and danced and danced as if nothing else in the world existed but our feet, and our songs, and our exhilaration.

And last but not least, when she walked through those doors she wanted God Himself to be there waiting for her.

On the bus ride home late that night, as my littlest girl fell asleep on my lap and my teenagers talked with their friends, I thought of a Simchat Beit HaSho'evah celebration 25 years earlier, when a young Jewish woman, harboring some tender hopes and fervent questions, entered a synagogue. By herself in New York City, she had heard that on this night there would be dancing going on here and she'd looked forward to it all week. She couldn't wait to dance, she hoped to find a community that would embrace her, she wanted Jewish explanations for everything in her own life and on the planet. And last but not least, when she walked through those doors she wanted God Himself to be there waiting for her.

From the women's balcony of the 72nd Street Synagogue, I looked down upon the men dancing for a Jewish holiday I'd never heard of until that day. Fathers held children aloft on their shoulders as they circled around and around and around; small girls and boys dashed in and out of the delighted procession. These self-inclusive families were everywhere, it seemed. The music was fast and loud and catchy. Outside there was thunder and lightning and cold. In here it was warm, and bright.

I tapped my foot and looked around discreetly at the women occupying the tiered benches, and when I couldn't stand it any longer, sidled over to the sedate-looking lady seated a bit to my left. I had recently started recognizing these people's well-coiffed wigs; this woman had on a brown one, and a little round hat atop that. "Excuse me, can I ask you something?"

"Yes?" She turned her head partway. She appeared, I thought, to be some sort of European, in her early thirties: trim, no-nonsense, attractively even-featured, attired in a navy blue suit with a lacy white collar.

Next to her I felt unkempt, but it was the disorderliness of my ravenous heart I had to hide. "Excuse me, could you tell me --"

"I'd like to know why the women aren't dancing with the men."

She stared with large hazel eyes. Her chin drew in. The pretty girl at her side, who I supposed was her daughter, around twelve, with glossy auburn braids, leaned forward slightly and surveyed me with guarded curiosity. I felt like a wild-hearted monster compared to these two. "The English," the woman said. "I am sorry, I do not know to speak Engl--."

I repeated the question, not trying this time to conceal the hard edge beneath my words.

One, two. A few moments stood between us, then: "You should speak to my husband. He is a rabbi. He will know how to answer you very good, he knows better to talk than I. Wait after downstairs and I will bring him."

Afterwards, in the wood-paneled anteroom, I waited. A cloakroom was on one side, an oaken stairway on the other. Girls and women and little children were all coming down the stairs with a lot of conversation and noise, men and boys and more little children were exiting out of some hallway to my right, everyone was getting their coats and wraps. Families reunited, the place gradually emptied out, and I was alone. Suddenly an opaque glass door opened up and a black-suited, bearded man with a large black yarmulka stepped forth. As the door shut behind him, I caught a fast glimpse of the brightly lit synagogue proper within.

He stood before me, wary. Was I scaring these people?

"Yes," he said, "my wife tells me--" Also a European, it seemed, from some vague country like Belgium. "You want to know about the dancing?"

A sudden bitter irritation twisted inside me. This husband, this rabbi of hers, better prove women weren't second-class citizens, after all, in this whole get-up. And heaven help him if he couldn't give me an answer, pronto.

"Right. I want to know why the women aren't allowed to dance with the men." My anger sounded to my own ears flat, cool, confident, the way I wanted it. "They should enjoy themselves, too."

The man drew himself to his full height and looked down upon me with chin upraised. Now I understand: he was trying quickly to calculate what should be said in response. What would be of most benefit to this sad girl with the scared eyes? Is she from a reform congregation? Is she one of those feminists? "The women do not need to dance because they are on a higher level than the men." He squinted a little, trying to hit the right note with this hostile, melancholy American Jewess. He hoped to. "Do angels need to dance?"

Something opened up within me, some channel. I wanted to believe...him? The anger melted for a moment in my desire, the desire which had brought me to this painful place in the first place, where I felt impure and unworthy. Do angels need to dance? I tried to take it in. He's saying I don't need to dance, because I'm an angel.

But it was hard to keep my feet still.

I wish I were angelic.

I wanted... something, and waited for more.

The rabbi, however, seemed to have completed what he had to say, and expected me, apparently, to go now.

Out I stepped into the wet Manhattan night, with his answer in my emptied heart.

I wished they'd convinced me that although none of us is an angel, I, too, would fly one day.

Speeding along in this bus now, two decades down the road, a sorrow seized me for that child, almost as if she were a daughter to me rather than myself. I wished the well-meaning rabbi and his wife had told me that of course, separate dancing by women is permitted, and explained honestly why women can watch men as they dance but not vice versa. I wished they'd convinced me that although none of us is an angel, I, too, would fly one day; and that sometimes, I'd even transcend the prison of my human limitations by restricting myself according to Jewish law.

I wished that somehow they had known how to make me feel included, that cold and rainy night, rather than ostracized.

But how could such things reasonably be expected? Culturally speaking, their lives and mine weren't taking place on the same planet. Just as mine hadn't prepared me in any fashion for them, theirs had in no way prepared them for relating to modern young American women. And in those years, there were no women's seminaries yet in Manhattan, designed to speak my language.

As familiar shadows of Jerusalem rushed by in the darkness, it struck me, though, that even if the rabbi and his wife had given me those frank replies, perhaps I wouldn't have had ears to hear. The whole notion of separation of men and women would probably have seemed to me so old-fashioned and oppressive and strange that I might have rejected uncompromised truth had it been proffered.

God himself was waiting for me, however, just as I had hoped. A few weeks later, one of the couples in the neighborhood invited me to a Friday night meal. When the woman lit two candles for Shabbat and covered her eyes, I found the sight so very beautiful, and was so touched that this was a Jewish ritual, part of my own heritage, that I sat right down, took out my drawing pad, and executed an exquisite charcoal line drawing of the candles and their burning flames.

She said nothing. I sat there blithely unaware that I was doing anything wrong, drew my picture until she distracted me with her baby (she saw that her guest was a newborn, too) and felt that perhaps this world could be mine, after all. I was on my way.

This article is an excerpt from Sarah Shapiro's book, A Gift Passed Along, Artscroll Publications.

Like Clockwork: The Incredible Lengths One High-Tech Company went to Keep Shabbat

Finding God in the Darkness