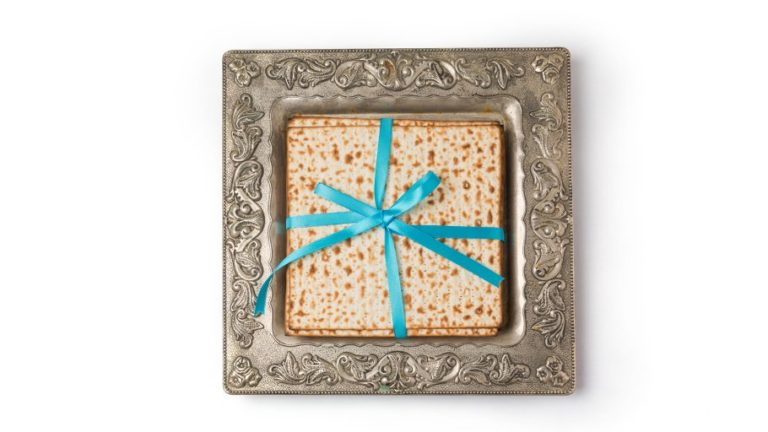 Each family has its unique cast, but we all share the same story that stretches back three thousand years.

For the Passover Seder this year, I plan on going to my in-laws in Atlanta. (Unlike Minnesota, Passover actually falls out in the spring there!) The theme is always storytelling. We begin our story with the founding of the Jewish Nation, the Exodus of Egypt. We’ll then wander through the tales of Jewish history until we get to our own chapters. An eclectic cast of family and friends will gather to act out this story with everyone playing their own part. We’ll stay up ‘til four in the morning as we attempt to portray why we were passed over, before we pass out.

Eighty something (even he doesn’t know). Survivor. He spent his teenage years as a refugee in Shanghai before emigrating to the U.S. after the Holocaust. As the oldest member of the family he tells us what it means to be free in America, to have food to eat, and to be able to live a life of purpose. He connects us to a rich and meaningful past, one that is deeply rooted in the study of Torah and religious life. He implores us not to for forget the cherished heritage that got us here.

As a pulpit Rabbi, he uses the Seder as a trailer for the next day’s sermon. He leads the discussion. As a student of history, he prompts the participants to tell their personal Exodus moments, which he then puts into historical perspective. For him, we are playing out one long, unbroken drama. Each of our individual stories is another stone in the worn, cobbled road of Jewish existence that will hopefully bring us home soon.

Considering all the work she’s put in, she ought to be asleep on the couch! A kindergarten teacher by trade and personality, she ignores her exhaustion and celebrates the holiday with childlike enthusiasm. She looks at her family, from her father to her grandchildren, all living as proud Jews; she claps her hands and cheers while the crowd sings songs of praise and thanks to Hashem.

He loves telling stories. A fun-loving guy, he is usually spinning tales from his days in the army, but tonight he is serious as he tells his family the most important story of all, the story of the Exodus, albeit in his own way.

The Petrovs- a Russian couple in their 50s

They are from the brave few who come back to the Rabbi’s house for the Seder even though they know they won’t get home before dawn. They emigrated to the U.S. in their twenties and rebuilt their lives here. Mrs. Petrov animatedly describes their exodus story. First, from the U.S.S.R., then finally back to their Jewish heritage. Mr. Petrov sits stoically through her story; though his eyes glisten as he gazes at Vlad…

Tonight, he is quite excited. He’s been waiting and preparing for the Seder in preschool. The Seder is fun, with treats, games and jumping frogs. He doesn’t really understand who “Mean King Pharaoh” was or “Where did all the people go?” but he feels special tonight. He falls asleep with a smile, dreaming that what happened tonight is the sweetest thing in the world.

On the Seder night around the world and throughout history, Jewish families have been telling a tale. Each family may have its unique cast of characters, but we all share the same story. The story of a people redeemed from slavery and chosen for a mission, the story of a nation that holds G-d’s banner through glorious days and times of struggle, the story made up of many individual chapters and episodes in hundreds of countries over thousands of years, and the story told and written every year by the Passover Seder; this is our story.

This year, tell your part. Think about your parents and grandparents and the heritage they left you. Recognize your place in Jewish history. Contemplate the message that you want to relay to your children and grandchildren.

We may say it a little differently. We may experience it in different ways, but this Seder night, make Jewish history…your story.

*Some names have been changed

Rabbi Avigdor Goldberger is the CEO of the Minneapolis Community Kollel.

Why I Burned 30 Years of Journals

Three Goals for the New Year

Anguish of an Aunt

My Mom Has Dementia, and I Have Her Jewish Faith
What Makes Eli Run?
The Tyranny of Materialism
Science Enters the Mysterious Inner World of Consciousness
Comments
MOST POPULAR IN Family
Our privacy policy