My Battle with the Bulge: Four Key Takeaways on How to Change 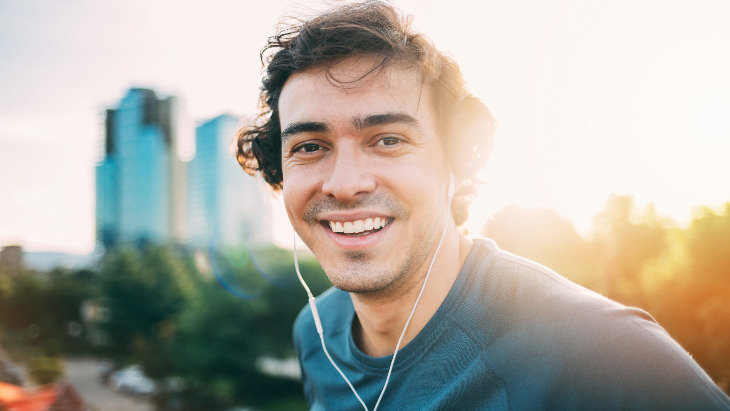 How to increase the odds of success in your spiritual growth.

Last week I shared with you why eating well and exercise are considered actions of spiritual growth.  I also said I'd report back on how my progress.

Here are four more key takeaways from my battle with the bulge that will help anyone who is trying to improve in a specific area:

1. Because we have free will, change is possible.

"I can't change" is the underlying belief that sabotages growth. Instead of putting in the hard effort, we just give up before even trying, clinging to the false notion that all our past failures demonstrate that we are incapable of changing course and doing better.

I know I can change because I have free will, the ability to choose differently, regardless of my past mistakes. The problem is that all too often, we don't utilize our power of choice, and instead live by habit, on automatic pilot.

All too often, we don't utilize our power of choice, and instead live by habit, on automatic pilot.

Battling my desire to eat fattening foods, and choosing to make the 35-minute walk to my office instead of taking the train (in sweltering heat!) is empowering because I am tapping into inner strength to make the right choice. It's not easy; it requires a real fight with my lower self. But it's invigorating. That's the core struggle in being a human being.

2. Don't be a lone operator; change the playing field to your advantage.

Don't rely on will power alone. Create the environment that will help you succeed in making the changes you want and attaining your goals. For me, that involved two critical things.

I made myself accountable last week, publicly stating that I'm going to diet and start exercising. It turns out this really motivated me to start exercising. There was simply no way I would embarrass myself and report back to you that I failed miserably. Knowing that I had started sharing this journey with you forced me to put on my running shoes late Saturday night and get moving. This is a positive use of social pressure to help me attain my goal.

Secondly, we got rid of all the nosh in the house because if it's there, I will forage for it and eat it. I realize that when it comes to a confrontation between me and cake, there's a good chance the cake is going to win. Why should I be surrounded by temptation if I don't have to? It's not weakness to avoid the battle; it's a strategic win.

3. Aim for doing better, not perfection.

Real growth is a marathon, not a sprint, and you are competing against yourself, no one else. As Jordan Peterson says in his book 12 Rules for Life: “Compare yourself to who you were yesterday, not to who someone else is today.” I need to be realistic with my goals and be satisfied with my daily results. My benchmark for success is: Am I doing better today than I did yesterday?

My benchmark for success is: Am I doing better today than I did yesterday?

I initially planned to start running, like I used to do. I am grateful to all the Aish.com readers who advised me not to do this. I need to build myself up slowly and get in to better physical shape, otherwise, I could damage my knees. At first I didn't want to hear this; it was disappointing to not be the person I wanted to be. But I was making a mistake and comparing myself to who was a year ago and to others today who are in far better shape than me.

I need to be honest with where I am now, today. Going for daily brisk walks, eating well, and swimming laps once a week is a huge step in the right direction. That's the first leg in my marathon. If I do that for the next couple of months, I'm doing way better than before, even if it's not yet where I ultimately want to be.

This leads me to the next point. Real growth is slow and requires consistency. Focus on taking it one day at a time. Don't despair about yesterday; today is a new day. And don't be intimidated by the future; it's not here. The only battle you need to face is the choice which is in front of you today.

Rabbi Abraham Twerski, who worked with addicts and alcoholics, had a friend who would write down each day how many days he had been sober. The night before his friend died at age 83 he wrote the number 16,472. He was sober for 46 years because he took one day at a time.

Saturday night, as I was putting on my running shoes, my 10-year-old son asked to join me. I don't remember the last time this son spent 40 minutes consciously doing exercise. And it was a great opportunity to spend time together and talk.

When my wife and I took a few of the kids out for dinner at a local strip mall, the night before they started school, this son decided to forgo the pizza and get a salad like I did instead.

With not a word spoken my son was inspired by my example to eat better and put in some much-needed exercise.

It's something we all know, but it was so gratifying to see how my actions spoke louder than words.

Cut to the Chase: Defining Your True Self

Lost and Found In the Great Outdoors

Nightbirde's Gift to Humanity: Through Her Death We Can Learn How to Live
The Promise Of The Land
Which Chat Are You On?: Parshas Behar/Lag Ba’Omer
Do You Like Slow-Cooked Food? Thank the Jews
Comments