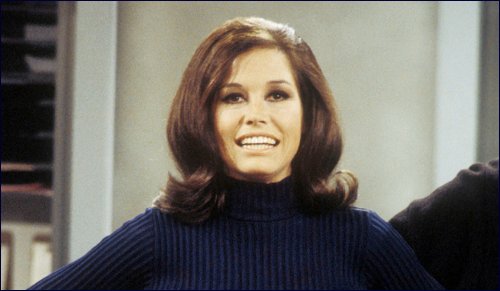 Beloved actress’ gift of laughter helped me through the pain in my early life.

Growing up one of the highlights of the week for me was watching The Mary Tyler Moore Show with my mom. That show first aired in 1970 – the year my only brother, Allan, had died. Laughter was in very short supply in our home. Everything about the show was terrific, including the upbeat show’s music and lyrics (“Who can turn the world on with her smile? Who can take a nothing day, and suddenly make it all seem worthwhile?”) When Moore hurled her beret skyward during the opening credits, it was as if she were saying, “Let’s give this a whirl! I’m game to see what happens!” 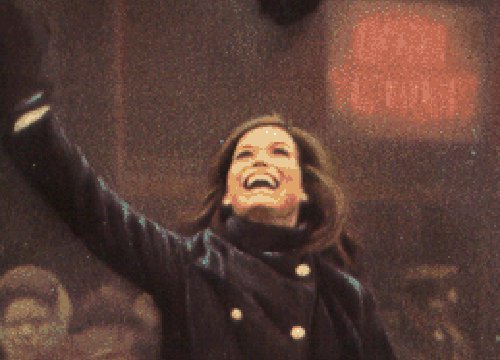 My mom and I would watch and laugh, and I learned that laughter was not just an escape, but also a lifesaver. Even at 10 years old, when the show began, I had set my sights on a writing life. Women’s roles were changing fast, and they had to work hard, usually harder than men, to earn their places in professions where previously only men had been hired and where men prevailed. Watching the character of Mary Richards as a young news producer thrilled and inspired me. I wanted to be like Mary: warmhearted and smart; determined yet graceful; finding my way as a modern woman and deciding where and how to break the mold set by my mother’s and grandmothers’ generations.

I wanted to be like Mary: warmhearted and smart, determined yet graceful.

I felt a pang of sadness when I heard that Moore had passed away. It’s striking that so many performers who were so gifted at comedy lived through so much turmoil. Moore’s parents (just like those of comedienne Carol Burnett’s) were alcoholics, and Moore was raised by another relative. She lost her only son in a tragic gun accident, and she outlived both her siblings. She battled alcoholism and was divorced twice. Not an easy life.

The headline in the online version of the obituary in the New York Times stated that Mary Tyler Moore “incarnated the modern woman.” That’s a big claim, but in looking back, it seems largely true: Television was breaking all kinds of ground in the 1970s, and the MTM show was the first to showcase a single career woman not obsessed with getting married, who had an unapologetically active love life (at least sometimes – as her character said to her TV boss Lou Grant, “I’ve been around the block. Well, maybe not around the block, but nearby”). She wasn’t afraid to stand up for herself even in the face of belligerent and buffoonish men who often, in modern parlance, liked to indulge in “mansplaining.”

It’s impossible not to think about Mary Tyler Moore’s funny, understated strength, her humor and grace under pressure and not feel the loss of this kind of role model for younger women today. Too many young comediennes and actresses demonstrate their idea of women’s strength not with grace and cleverness but with foul language, the language of anger. Being angry and “nasty” is now a boast. How bizarre. Women are outpacing men educationally and have continued to prosper in nearly every field of endeavor. Why so much anger? Why “nasty?”

Women who loved watching Mary Tyler Moore admired how she took charge of her own life, taking on her male-dominated world with more bemusement than bitterness. But going back much, much further in history, back to the ancient world, women in the Torah were also women of dynamic impact, even while living in a man’s world: Rivka maneuvered behind the scenes to ensure that Jacob received the blessing of the first-born. Sarah directly confronted Abraham to tell him that Ishmael posed a threat to their son Isaac and had to be sent away. Risking her life, Esther approached King Achashverosh to plead for the lives of her people, the Jewish people. They all took action when their intuitive feminine wisdom told them that action was needed. And they changed destiny.

It may seem a stretch to connect Mary Tyler Moore with women in the Torah, but what they all had in common is the ability to “be the change” that their worlds needed, without ever losing the force of their optimism, determination and wisdom – in short, their very feminine strength.

Judy Gruen’s memoir, The Skeptic and the Rabbi, will be published in September by She Writes Press.

The Secret Chord: Jimi Hendrix's Message to Love
The Connection between Israel and the Jewish People
Grit and Torah
Why We Can’t See True Reality
Comments
MOST POPULAR IN Arts
Our privacy policy