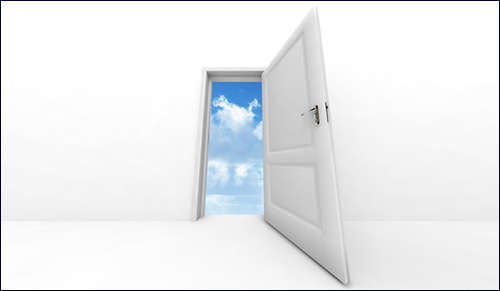 The Jewish people’s exile and redemption is a map for spiritual growth.

The number four is important in the Hagaddah. There are four cups of wine, four questions asked, four sons… All of these four’s are rooted in the four different words used to describe how the Jewish people will leave Egypt: 1. I will take you out 2. I will rescue you 3. I will redeem you and 4. I will take you to Me (Exodus 6:6-7).

Each of these words is necessary. They are four distinct parts of a process we call “redemption.” It did not happen overnight. It took time. The descent into slavery took time, and the journey to freedom took time as well. In Genesis 15:13, God tells Abraham about the descent: “Your offspring [1] will be aliens in a land not their own, [2] they will serve them, and [3] they will oppress them…” There was alienation, servitude, and affliction. Just like the descent of the Jewish people into Egyptian slavery was a gradual process, so too their ascent to freedom was a gradual process. There was the cry of the Jewish people. There was the arrival of Moshe. There were plagues. There was Pharaoh’s stubbornness. And there was God’s Strong Hand and Outstretched Arm that took us out. It was a process that took time.

What does this have to do with us?

The mitzvah of retelling the story of the outgoing from Egypt is not meant to be the reading of yesterday’s news. Its purpose is to demonstrate to ourselves that we ourselves are going out from Egypt. That process of going down and coming back out is personal.

But we don’t relate to the exodus from Egypt as personal because we use such impersonal words to describe it. The Jewish people were in “galut”, exile. The Jewish people experienced a “geulah,” redemption. What do exile and redemption have to do with us? Those words seem foreign, fit for a nation, not an individual – certainly not you and me.

We can make these terms relatable by bringing them down into our own lives.

Galut/Exile: What does it mean to be in exile? Exile is being trapped by bad habits. Exile is being a slave to old ways of thinking. Exile is feeling very far away from the relationships that we care about (Mom, Dad, God, friends). Mitzraim (Egypt) comes from the word “tzar”, which means narrow in Hebrew. Being in exile is feeling limited and restricted, even when we can walk or drive as far as we want. That’s personal. That’s something we can all relate to.

Geulah/Redemption: What does it mean to be redeemed? Redemption is being free from peer pressure. Redemption is working really hard on something and feeling good about the hard work. Redemption is saying “I love you, Mom,” even though it’s not cool. Redemption is doing the right thing, even when it’s not so easy.

How do we leave the place of restriction and negativity to freedom and happiness? Let’s use the example of the Jewish people as a guide.

When the Jewish people originally went down to Egypt, Josef set aside a place for them in Goshen. It may have been the Jewish people’s own space, but it was still an alien land, and they paid a price; the influence of the Egyptians affected them. After the death of Josef and his brothers, they began to work for the Egyptians, but over time that turned into oppression and affliction.

It’s similar on a personal level. We innocently wander away from our home turf, the values of our home, and we find ourselves in a foreign place. These days you don’t even have to leave your house to do it. It doesn’t seem so bad at first. There is right and wrong after all, but little by little we can pick up some very bad habits, ones that we ourselves don’t even want.

So what did the Jewish people do to get out of Egypt?

While it was God who took them out, the Jewish people got the ball rolling. The verse says, “The Children of Israel groaned because of the work and they cried out” (Exodus 2:23). The groan was a plea for the hard labor to stop, but the cry was a prayer, a desire to be close to God. Together they initiated the process of redemption. “God heard their groaning, and God remembered His covenant” (Ex. 2:24). Even though the servitude and affliction had not yet stopped, that cry created hope. It wasn’t until “Israel saw the Egyptians dead on the seashore” (Ex 14:30) that the layers of slavery had been peeled away, but the process had begun.

We have to do the same thing. We have to want the better thoughts, healthier habits, close relationships, and a connection to God. We don’t have to have all the answers, but we have to care enough to cry out, “Over here! Me. I want good things. I want a relationship.” That’s our part. Then miracles can happen.

That desire to not merely run away from problems, but to go forward toward something positive is the message of the fourth word of redemption – “I will take you out.” The first three steps in the process of redemption are leaving Egypt, leaving all the negative stuff we no longer want behind. The fourth stage is striving toward a healthier, happier life. To be taken requires that we want God to take us. When we get that clear, there are no limits to the freedom and happiness we can experience.

How does the Passover Seder help us achieve this?

The amazing opportunity of Seder night is that God tells us that we have a chance to jump in an unnatural, miraculous way from a state of exile, our world of limitations, to get a taste of total redemption – freedom. (That is one of the meanings of “Passover” – we have the opportunity to make a leap in spiritual growth.)

Even more than that, we are given a “jump suit” – the way to experience that leap. It’s called the four cups of wine. As we drink each cup we want to move through the steps in the process of redemption, shedding the levels of slavery and opening ourselves to a world of true freedom.

So in order to prepare, ask yourself: what is enslaving you? What values or habits are preventing you from being who you want to be? Consider how that creates alienation, enslavement, and affliction in your life. Picture what life would be like with those blocks removed. Then go to the Seder with great anticipation. Before each of the first three cups of wine, ask God to take away the things that are holding you back. Then before the fourth cup of wine, ask God to take you to a place of freedom and joy.

Rabbi Yaakov Singer grew up in San Jose, CA, earned his B.A. in Mathematics and his M.Sc. in Operations Research from Northwestern University. While studying in Israel, he received his Rabbinic Ordination from Yeshivat Aish HaTorah under Rabbi Yitzchak Berkowitz. Rabbi Singer established the first “Aish on Campus” center at the University of Maryland, College Park. He is the originator of the Power UP Seminar, a leadership workshop which imparts to teachers and lay people a model for building leaders and disseminating wisdom. Rabbi Singer currently teaches at Yeshivat Ohr Moshe in Ramat Beit Shemesh, Israel and lives with his wife and four children overlooking the Dead Sea. He can be reached at singer.yaakov@gmail.com. 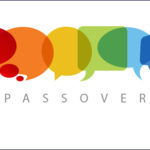 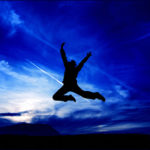 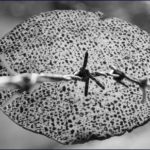 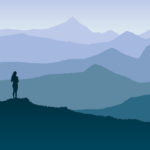 Under Lockdown: The Festival of Freedom6 min read