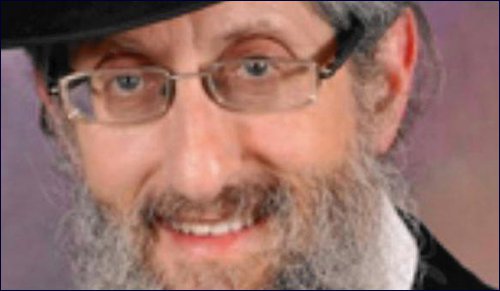 I had a good friend around 33 years ago. I say “had” not because there was any rift between us but circumstances and distance got in the way and we lost touch. There were no hard feelings and the good memories remain – of learning together in Jerusalem, of laughing together in Jerusalem, of the big cookies she always had in the glass jar on her counter, of the sheva brachos she and her then-husband hosted for us.

When we moved to Los Angeles, they had briefly preceded us and we took up residence in their apartment while looking for our own. I was newly expecting and nauseated and…well I’ll spare you the details…but she was a good hostess and a good friend. Like I said we lost touch but we kept the memories.

Some of the memories came rushing back to me last week when I read the news from Israel. My good friend had a brother, a brother whom she idolized. In her eyes (and in the eyes of all those who knew him it now seems), he was everything that was holy and good. He loved learning and communicated that enthusiasm to his sister. He was kind and righteous and her role model in all she sought to do. I never met him and I confess that I only listened with half an ear… I was engaged and a little distracted…

But I must have been listening more carefully than I thought because when I saw the name Kalman Levine on the news as one of the rabbis massacred in Har Nof, my heart leaped into my throat. I began a rapid internet search. Was this really him? Was this my friend’s brother, the one I had heard so much about over 30 years ago?

Indeed it was. I burst into tears. I never knew him. I barely listened when my friend talked and yet it all seemed so personal.

The death of each and every Jew is painful and personal – but it is more profound when we find that connection. It’s more real. It hurts more. Maybe it shouldn’t; maybe it should. I don’t know. I just know that it did.

I can’t get that back. But I can change. I can make more of an effort to listen, more of an effort to get to know every human being – because everyone has a story and something to teach. I listened to the eulogy for Rabbi Twersky and again felt that sense of loss, not just of the gift that he was for the Jewish people but of the missed opportunity. I never met him. I never experienced his righteousness or his wisdom.

I can’t understand why the Jewish people had to experience so much pain. I can’t begin to fathom the Almighty’s ways – why these particular people at this particular time. All I can do is try to learn from it and make better choices going forward – to treat all those I meet with respect and dignity, to listen to their stories with compassion and understand and to get to know and learn from as many people as I can, the wise and famous and the more anonymous woman in the community.

I didn’t know Kalman Levine but I feel like I got a glimpse all those years ago of the man he would be and of the loss to our people. May his family be comforted among the mourners of Zion. (Shelley, this one’s for you.)

Living Outside the Comfort Zone

Is Your Marriage the Top Priority?

Married and Dating
The Softball Player
How This 6 Generation Bread Baker Brought Back Israel’s Ancient Grains
Olivia Newton John’s Grandfather was a Nobel-Prize Winning Jewish Physicist
Comments
MOST POPULAR IN Family
Our privacy policy
Aish.com Is Looking for Great Writers