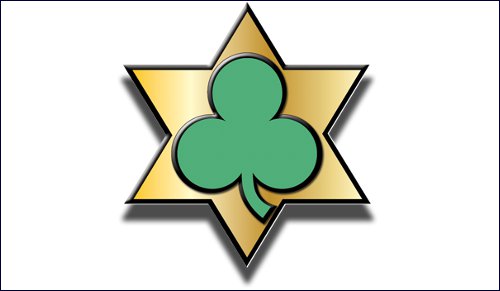 One of the best-kept secrets of the Emerald Isle is the vibrant Jewish culture that has flourished in Ireland for hundreds of years. Here are six little-known facts about Jewish Ireland.

The earliest Jewish visitors to Ireland were Medieval merchants: “Five Jews came from over the sea with gifts to Tairdelbach (the King of Munster), and were then sent back again over the sea,” records The Annals of Innisfallen, a chronicle of Irish history started in the 12 Century by monks in Ireland’s Innisfallen Abbey. Historians speculate the Jewish visitors most likely came from the French area of Normandy, which then had a thriving Jewish community.

The 12th Century Calendar of Documents Related to Ireland records a Jewish doctor named Joseph living near Dublin in 1171, and by 1232, there seems to have been a well-established Jewish community in Ireland. King Henry III issued a grant that year, naming a man named Peter de Rivall the new position of Treasurer and Chancellor of the Irish Exchequer, the king’s ports and coast, and also “the custody of the King’s Judaism in Ireland.”

This Medieval community was short-lived. When Jews were expelled from England in 1240, it is likely they were forced out of Ireland, as well. Two centuries later, Ireland’s Jewish community was reestablished when Spanish and Portuguese Jews, fleeing expulsion orders in those countries, made their way to Ireland. These early Sephardi arrivals settled in Ireland’s scenic south coast, and quickly integrated into Irish society. A Sephardi Jew, William Annyas, was even elected Mayor of Youghal, in County Cork, in 1555.

The Great Potato Famine – the catastrophic failure of crops in Ireland spanning six years between 1845 and 1851 – caused the death of over a million people in Ireland. Amid the horrific suffering, some of Ireland’s greatest relief came from Jews around the world.

The British Jewish politician Baron Lionel de Rothschild was one of the first to help, setting up the British Relief Association to raise and distribute funds. A Dublin newspaper in 1850 pointed out that Rothschild and his family had “contributed during the Irish famine of 1847… a sum far beyond the joint contributions of the (great British families) Devonshires, and Herefords, Lansdownes, Fitzwilliams and Herberts, who annually drew so many times that amount from their Irish estates”.

Rabbis in New York came to Ireland’s aid, too, raising funds for emergency food. Official recognition of the part New York Jews played in Ireland’s national disaster finally came in 2010, when the then President of Ireland Mary McAleese visited Shearith Israel synagogue in New York’s Lower East Side, formally thanking the congregation for its generosity 153 years before.

Ireland’s Jewish community began to grow in the late 1800s. In 1871, there were 258 recorded Jewish residents in Ireland; by 1881 that figure had nearly doubled. When Russian pogroms targeted Jews in the late 1800s, Jewish immigrants began arriving in Ireland from Eastern Europe, particularly Lithuania. By 1901, there were an estimated 3,771 Jews in Ireland, and by 1904 there were approximately 4,800. Most of these immigrants lived in Dublin, giving Ireland its first-ever ethnically diverse neighborhoods.

Perhaps the most famous Irish Jew is fictional: Leopold Bloom, the protagonist of James Joyce’s novel Ulysses, and the son of a fictional Jewish immigrant to Dublin. Bloom was based on Joyce’s real-life Jewish friend and student Aron Ettore Schmitz. Each year, June 16 – the day Leopold Bloom’s adventures take place – is celebrated as “Bloomsday” in Dublin, whose “Little Jerusalem” neighborhood where Bloom might have lived still exists, testament to the thriving immigrant community that once clustered there.

Jews have a long history of aiding moves promoting Irish independence. England’s King Henry II feared that a proposed 12th Century quest to explore the Emerald Isle might lead to the establishment of an independent kingdom and forbade the expedition. British nobleman Richard Strongbow went anyway – financed by “Josce,” a “Jew of Gloucester”. (In punishment, Strongbow lost his estates, and his Jewish backer was fined 100 shillings: an enormous sum at the time.)

In modern times, Robert Briscoe, the son of Jewish refugees from Lithuania, who served as Lord Mayor of Dublin twice, in 1956-7 and 1961-2, started his political career as a member of the IRA, smuggling arms to fighters during Ireland’s War of Independence. (He was known during World War II a passionate Zionist, lending support to Israel’s underground military forces.) Other Jews who aided the Republican cause include Michael Noyk, a lawyer who defended IRA suspects, and Estella Solomon, whose Dublin art studio became a center of IRA activity. 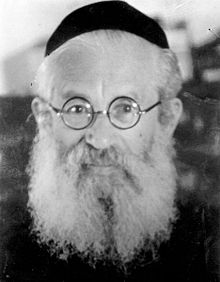 Perhaps no Jewish figure was most closely associated with Irish nationalism than Rabbi Yitzhak Herzog, Chief Rabbi of Ireland and, later, First Chief Rabbi of the Jewish State. Born in Poland, Rabbi Herzog moved to Ireland as a young man to take up a rabbinical post. In Dublin, he met Irish nationalist and Sinn Féin founder (and later Irish President and Prime Minister) Éamon de Valera. De Valera turned to the rabbi for advice, and urged Rabbi Herzog to study Gaelic. Rabbi Herzog became a fluent speaker of Ireland’s historic tongue, earning the nickname “The Sinn Féin Rabbi.” Ireland’s nationalist rebels appointed him Chief Rabbi of Ireland in 1919, even before they achieved independence from Britain.

Ireland’s Jews have faced anti-Semitism over the years. In the early 1900s, anti-Jewish boycotts and threats became known as the “Limerick Pogrom,” and during World War II Ireland maintained strict neutrality, refusing all Jewish refugees.

In recent years, however, anti-Semitism has become conflated with anti-Zionism, causing a poisonous atmosphere for Ireland’s Jews. Israel’s Embassy in Dublin recently told an Israeli newspaper that no Israeli theatre troupe, dance company, musician or filmmaker has been invited to Ireland in an official capacity in over a decade. Independent boycotts are rife: the town of Kinvara in County Galway announced in 2014 that its residents had united to pledge not to sell or use any Israeli products, and individual stores across Ireland have followed suit.

A 2011 poll found that 22.2% of people in Ireland would deny Irish citizenship to Israelis, and 11.5% of Irish people would deny citizenship to all Jews. “There is a real danger that the public image of ‘Israel’ can lead to an increase in anti-Semitism” said Father Micheál MacGréil, a Catholic priest and the author of the study.

Despite the rise in anti-Israel and anti-Jewish sentiment in Ireland, the number of Jews in the country has lately been rising. After declining to 1,200 Jewish residents in the year 2000 (from a high of 4,500 thirty years earlier), the community has slowly been growing and attracting dynamic new members.

Ireland’s high-tech boom of the 21st Century has made the country a more attractive destination for educated Jews to settle in: today, 30% of Ireland’s Jewish community is recent arrivals, mainly from France, England and the United States. Dublin’s Jewish community alone stood at 1,986 in 2013. “They have come for economic reasons. They are young, highly educated, highly-trained people working in technology and for companies such as Facebook, Google and PayPal” explains Maurice Cohen, Chairman of the Jewish Representative Council of Ireland.

Jewish Swag; 7 Ways to Adorn Your Home Like a Mensch