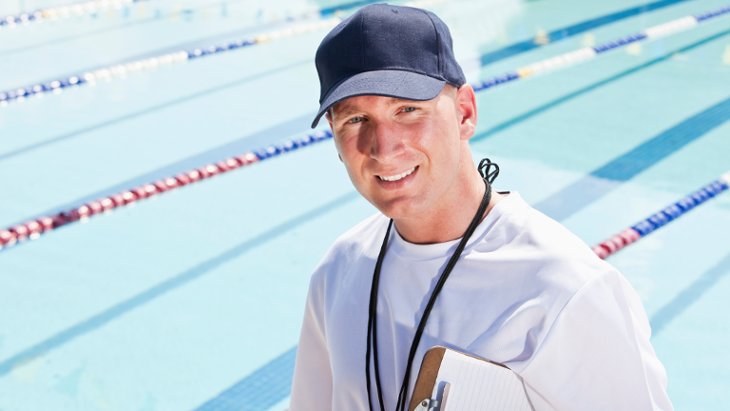 The cook, the nature guy, the canteen guy, the local who mows the lawn – who remembers these people from Jewish summer camp?

Something about Jewish summer camp makes for characters. The tight living arrangement for the summer gives everybody a place where they feel a little too comfortable to be themselves. The more years you are in camp, the more the summer heat manifests itself in the personality. Here are some of the characters that we all remember from our Jewish summer camp experiences:

Regular Counselor- Your parents don’t want to see you for the summer. Thus, they entrusted you to a fifteen-year-old. Natural Question: “Mom and dad, you didn’t trust Koby to babysit me last month when you were at the Bat Mitzvah party. Why are you trusting him to take responsibility for me for two months, in the middle of the wilderness, with no cellphone access?”

Head Counselor- A guy with a job that lets him take off for two months in the summer. The principle of the Jewish day school, who now has all the parents questioning why he gets such a high salary.

Excitable Counselor Who Wants to Be Noticed- Sings the songs louder than everybody else. Gets more excited with that one where you repeat his words. They have mastered the “Shabbat Shalom, Hey!!” song. There’s no feeling like controlling a whole crowd and dictating when they say, “Hey!” Why is he standing on the table now? He wasn’t noticed enough before.

Counselor Who Cares About Color War- You won’t see her face for a week. She is on the purple team, her face is purple. This kind of enthusiasm can only be expressed with a purple face. You will be asking why she is so involved in this martial form of competition when she is a pacifist.

People You See Once A Day

The Cook- That’s what you call him when he’s not good at it. When he’s talented, you call him a chef. How did he get a job as a cook, not knowing how to make anything other than pasta? I can’t answer that. Just be happy he knows how to make macaroni and cheese. Somebody should tell him that throwing cheese on random bread products does not constitute pizza. He should also hear that there’s a reason there are no restaurants that focus on grilled cheese. Why is nobody giving this guy any feedback?

Waiters- I have never seen a group of people so uninspired to help.

Camp Rabbi- Somebody the congregation did not want. That is how he ended up teaching youth in flipflops.

Swim Instructors- The people sleeping all day, in the sun. They like blowing whistles. I don’t think I ever swam at free swim. I just worried something bad happened. Never have I experience more than twenty seconds without a whistle at the waterfront.

Song Leader- Frustrated with your lack of talent, now they are only teaching songs with the words “Nay Nay Nay.”

Dance Instructor- They teach you the Jewish dances, like the Macarena; still popular in Jewish camps because it was popular when the dance instructor was a kid. The first day or two they will be focused on traditional Jewish dancing. After you learn to walk in a circle, they move onto the more complicated newer dances where you walk in a circle. Give it a month and you will be onto the one where you place your hand over your shoulder, and the other person touches it, and then you walk in a circle.

Canteen Guy- He is pumping that place full of sweets yet he remains tall and skinny. An inspiration. A walking advertisement for Paskesz kosher candy.

People You See Once a Month

The Nature Guy- A guy. Nobody knows his name. Nobody ever asked him his name. That’s why they know him as The Nature Guy. Question you’ll ask is, “Who’s the guy living under the dining room, surrounded by fishnet?” Answer you’ll receive is, “That’s the Nature Guy. Never talked to him.” By the end of the summer, you will find out he is not a fisherman; just an Israeli who was looking for a summer visa.

Canoe Instructor- The woman who is going to spend thirty minutes teaching you how to sit in a canoe properly, so that it doesn’t tip. That is impossible. It is made to tip over. If you build something like a “v” and put it in the water, it will tip.

Your Parents- These are also strangers. Visiting Day is the first time you have ever seen them smile. It’s a wonder. They haven’t seen you for a month.

Cheering Person- Bang Bang Clap B-Bang B-Bang Clap Clap. Those are the lyrics to their favorite song. You will hear that anytime they have a chance; at sporting events, color war, prayers. At services, I guess they are cheering for God. Note: These people don’t smoke. That is a hoarse voice. They got that by singing “Bang Bang Clap” and b-banging way too much.

Somebody with a Loudspeaker- No idea who this is. Just a random person who makes a lot of noise that is older than you. They have a military background. They also like to slam screen doors and bang garbage cans real loud.

Somebody who is Not Jewish Mowing the Camp- One of the locals. They are in shape. They are scary looking. They don’t even use sunscreen.

Guy Wearing Shorts Above Forty- This is also known as the Head Counselor. Shorts look wrong on people over forty. At that age, legs get paler and socks turn dark and high.

Locals- These are the people who live in the Mountains all year long. They spend their summer trying to figure out what in the world you are doing at camp. Why would anybody be that excited to be in a non-airconditioned dining room for a summer, tipping over in a canoe because somebody was b-bang bang clapping, singing “Nay Nay Nay” off tune, dancing in a circle with a kid who didn’t shower, screaming “hey” for a reason they can’t figure out, watching bunks of kids being watched over by other kids, excited that one of the parents sent them Pringles, eating candy from a company with a weird name, being whistled at by a guy with pale legs. And they don’t even know that this excitement costs ten thousand dollars.

Campers, don’t be scared of these people. Somehow, after the summer, they become completely normal again.

Jewpiter
Deep Breaths
What Happened to the Truth?
The Japanese Everything Bagel Spice Recipe
Comments
MOST POPULAR IN Jewlarious
Our privacy policy