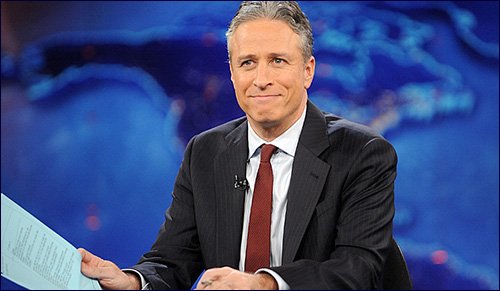 As everyone knows by now, Jon Stewart has announced that after 17 years on the job, he'll step down from Comedy Central's The Daily Show sometime before the end of this year. His contract expires in September. As to his and the show’s influence, perhaps Comedy Central President Michele Gainless put it best: “His comedic brilliance is second to none. Jon has been at the heart of Comedy Central, championing and nurturing the best talent in the industry, in front of and behind the camera. Through his unique voice and vision, The Daily Show has become a cultural touchstone for millions of fans and an unparalleled platform for political comedy that will endure for years to come."

The American people need me.

I believe any of those comedic performers would do a decent job. But to replace Stewart and continue with that esteemed show, do we want someone just doing a “decent” job? No. We want the perfect person who would be the perfect fit; someone who would do an outstanding job, a job truly worthy of Stewart’s legacy. That being the case, and when one considers every possible comedic writer/performer, there is truly only one individual who perfectly fits the needs of the show, the host position, and the American people – me.

What’s that? No, I am being serious. Yes, yes, I know what you’re thinking. Probably something along the lines of, “Come on, Mark, who are you kidding? Nobody knows who you are. You’ve never hosted a national TV show, much less appeared as even a guest on The Daily Show. The fact that you suggested yourself for the position is simply a sad, misguided attempt at self-aggrandizement and ego gratification.” Was I right? Did my mother’s words match your take on the matter, too?

If so, perhaps I can change both your and my mother’s minds with the following Top 10 Reasons Why I Should Replace Jon Stewart as the New Host of The Daily Show:

The Seven Secrets of Dysfunctional Families