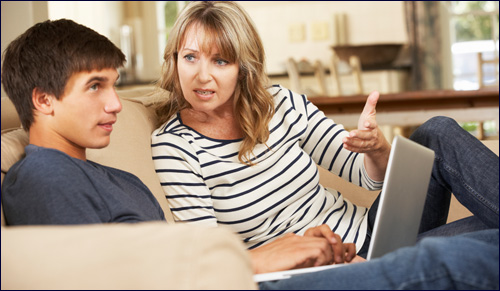 The dos and don’ts of communicating with your Jewish mom/son.

Simple Tips to Deal with A Jewish Mother Electronically!

Tips to Stay Close To A Grown Child Using Our Meshuggah Technology!

Dustin Lewis is a twenty something writer, designer, and teacher. After spending a year in Israel, he is now living in NYC and enjoys connecting to the Jewish community through humor and art.

Israel Initiates Recycling Program; Arab Street Erupts in Anger
Blessing on Chewing Gum
Was Rahab a Prostitute?
Extras In Our Own Epic
Comments
MOST POPULAR IN Jewlarious
Our privacy policy