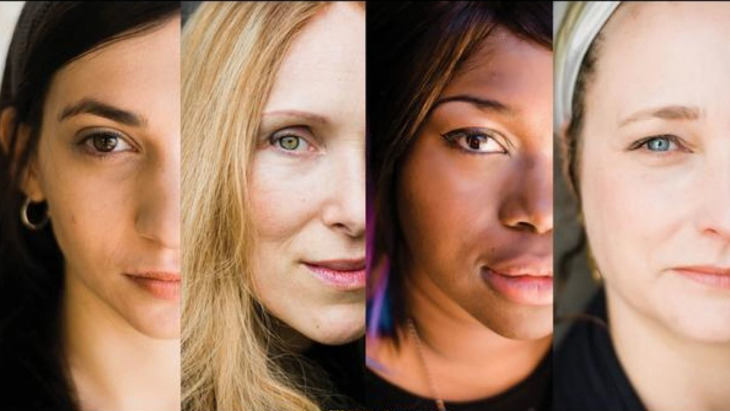 New book from The Layers Project breaks taboos and stigmas.

As a young wife, mother, and social worker, Shira Lankin Sheps spent five years suffering from a mysterious and debilitating illness. By nature a driven achiever, she felt a sense of shame over her unaccustomed weakness, and kept her illness quiet, “like a terrible secret.” Eventually, she decided to write about her experience, hoping that in sharing her story she could help others. However, editors nixed her articles, written as “anonymous.” If she wanted her message to have impact, she needed to publish under her own name, they told her. So Shira began a blog under her real name, still dreading the thought that she might become an object of pity. She ended her first blog by inviting readers to join her on her journey of healing: “Not just a healing of the body, but an invigorating of ability to see the good in the struggles that we all face. A reclaiming of the promises of our potential, and a prayer to live in the light.”

She was astonished at the response.

As she writes in the introduction to the new book, Layers: Personal Narratives of Struggle, Resilience, and Growth from Jewish Women, “Within moments of publishing my essay, I was flooded with comments. My friends and family offered so much sweetness and support. I just sat in front of my computer weeping while the notifications continued to ring.”

The blog quickly evolved into the online magazine called The Layers Project, which Shira founded and began editing in 2016. She invited other Jewish women to share their own stories of struggle, healing, persistence, and resilience. A major goal was also to “break through stigma and taboo that leaves many women feeling othered and alone” in their life experiences, she told Aish.com.

I experienced cycles of loss until the lessons I learned were healing enough that I could pass on strength to others.

The Layers book, published by The Toby Press and edited by Shira Lankin Sheps, is a collection of 34 stories contributed by women ranging in age from their early 20s to over 90. Nearly all the stories are new; only three were previously published in abbreviated form in the online magazine.

The stories are often gripping and occasionally heartbreaking. Yet all convey a sense of personal agency, dignity, faith, and a quintessentially Jewish determination and optimism. Laura, a former maternity nurse, writes about the cycles of loss in her family, including her long-suppressed grief over the loss of twin baby sisters when she was a young girl, and the miscarriages she and her sisters have all experienced. “I feel as if I experienced cycles of loss until the lessons I learned were healing enough that I could pass on strength to others in their time of need,” she writes. “The women in my family have figured out together how to support each other and provide comfort and love through the pain of losing one of us.” 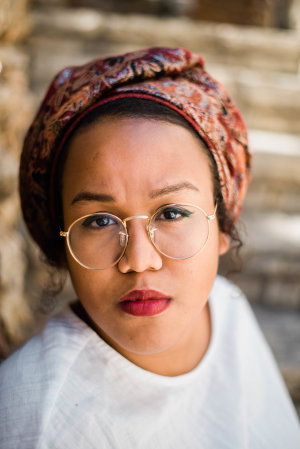 Yaffy, a young Afro-Latina who made aliyah alone, writes about her loneliness as a wife of an active duty IDF officer who is away from home much of the time and of the “painful, challenging, and sweet moments that we have lived in the last few years.” She expresses a deep love of Israel as she affirms her commitment to this life: “The blood of thousands of Jews is spilled all over this country, so that we can live here and have a sovereign state. That didn’t happen by accident; it happened through sacrifice. I need to do my part.”

Leah, a 91-year-old Holocaust survivor from Czechoslovakia, finally breaks a lifelong silence about those experiences in her story. She also discusses her 62-year marriage and making aliyah alone at age 82. She writes, “All the time that I was raising my children and grandchildren, I kept this story to myself. I never spoke a word of it. It was too painful. The losses were too great. I could hardly utter the names of my lost oved ones. . . . Maybe I waited too long. These stories need to be told. I am 91 and am telling mine now.”

Kerry decided she was done with holding on to the pain caused by her father’s abandonment of the family when she was 15. Walking down the aisle at her wedding with only her mother at her side, she fought off a wave of humiliation and told herself, “You don’t have to go there now, Kerry. Everything is good in your life. It’s okay for you to be happy… Allowing myself to be happy and fulfilled doesn’t belittle my trauma or struggles,” she relates.

The stories are as remarkably varied as are the women themselves. They include issues such as living with cerebral palsy, extreme and chronic eating disorders and other addictive behaviors, depression and anxiety disorders, cancer, widowhood, losing a family member to terrorism, escape from anti-Semitic regimes; trying to find one’s place in Israel as a convert or as an immigrant from Ethiopia facing racism, and many more.

After each story there is a reflection space. It includes questions to encourage further thought, a memorable quote from the story, and exercises for gratitude, affirmation, or inspiration.

I kept this story to myself. I never spoke a word of it. It was too painful. The losses were too great. I am 91 and am telling mine now.

Not surprisingly, many of the stories involve physical displacement resulting from war or intolerable anti-Semitism. All involve periods of emotional displacement from personal crises or transformative decision points in life. The resilience demonstrated in these spiritual, emotional and physical journeys infuses these stories with the inspiration that keeps them from becoming maudlin. Shira Lankin Sheps has wisely allowed these stories to be told in their fullness, allowing readers to appreciate the hills and valleys of the writers’ experiences. Yet no story feels too long. Shira also took the stunning color photographs of each woman as she looks directly at the camera. These photos add an immediacy and poignancy to each narrative.

In an age of copious oversharing of emotions and personal pain on social media, in blogs, memoirs, podcasts, or even in casual conversation, Shira still felt the The Layers Project and the book were necessary. “In the religious Jewish world, many problems and struggles remained taboo,” she observes. “People were afraid to talk about infertility, mental health, or even the experience of singlehood. When we started sharing those stories online, it was like a revelation and then a revolution. Now it is commonplace to find people sharing their painful experiences online – and I believe our community is far better for it. Real healing has begun through the modality of connection. At Layers, we are honored to have taken part in that work.”

She also acknowledges that religious Jewish men lack a similar outlet, yet the need is real. “Our community prizes a certain sense of machismo, over-intellectualizing of life, and stoicism to keep your head down and provide for your family,” she says. “Men are rarely encouraged to discuss or even acknowledge their feelings, which they experience as much as women. This may leave many men feeling stuck, or worsepunresolved or acknowledged feelings can manifest in unpleasant physical symptoms or unhealthy behaviors. It is a serious issue that needs reckoning.” While The Layers Project will continue as an exclusively women-centered space, Shira is exploring ideas to create one where men can also express their experiences and stories of resilience. “Our work has just begun,” she adds.

Kerry eventually found both catharsis and creative fulfillment as a dancer and actor and is known online as Rebbetzin Tap. She eloquently expressed the connecting theme of every story in the book when she writes, “Pain is so easy to find. It lies right at the surface of our consciousness. Sometimes we have to make joy for ourselves. And when we find it, we must foster it and develop it like a muscle. Because choosing that kind of life is a much better way to live.”

Sukkot and the Single Woman