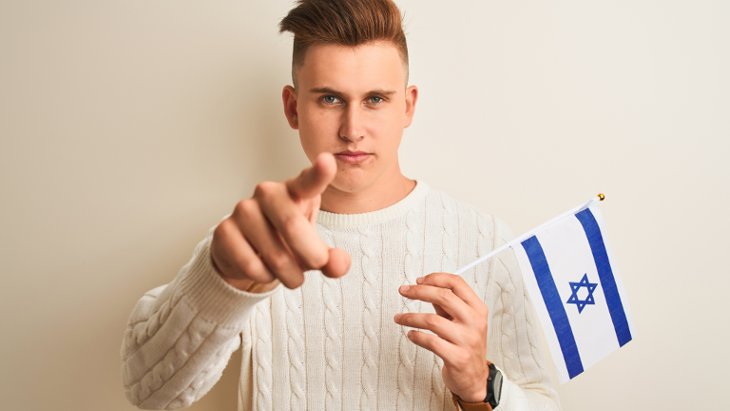 The Hanukkah battle isn't over.

Close your eyes and picture it: Greek soldiers, more than the eye can count, marching towards Jerusalem. They easily take Jerusalem and the entire land of Israel and impose harsh rules and decrees. They prohibit Torah study, keeping Shabbat, and interfere with many Jewish laws and customs, and even bring idols into the Holy Temple.

Your family, a family of priests, are very unhappy about these developments, but are unwilling to take on the mighty Greek Empire. You move to the quiet town of Modiin, hoping to practice our religion without any interference.

Unfortunately, that hope isn’t realized. The Greeks come to Modiin, round up all the Jews in the town, and make them watch a swine being offered to Zeus. Then you see something shocking, Jews are encouraged to participate – and some do. You see no alternative; you grab your sword and you and your family successfully defeat this small group of Greek soldiers. It is just the beginning of a long battle, but God is with you, and you are able to miraculously defeat the Greek Empire.

Close your eyes and picture it: You’re on campus and student activists, more than the eye can count, are demonstrating against Israel. You are unhappy but unwilling to take on this vile group. Almost everything they say is untrue, and whatever is true is twisted to be intentionally misleading. You know that Israel isn’t an occupying power, and sincerely wants peace, and that it is the other side that is violently opposed to peace even when offered 95% of the land they seek. You remember how Israel pulled out of Gaza without any conditions, only to be rewarded with thousands of rockets fired at her. You know the pro-Palestine activists have aligned with the other social justice groups, and that opposing, or even questioning them will be very unpopular.

But then you see something shocking – other Jews on campus believing the rhetoric of the Palestinian activists and are supporting them joining the fight against Israel. You see no alternative, you grab your pen and you write a passionate and truthful article for your college paper and successfully hold off a group of activists. It is just the beginning, but God is with you, and in time you hope to defeat the lies and hate.

Close your eyes and picture it: People, more than the eye can count, are marching toward you. Some head towards Paris, and Pittsburgh and Poway, others head to Brooklyn, Monsey and now even to Jersey City. You know their cause is not just but you prefer not to take on this mighty group of Jew-haters. But you see it has gone too far, there are more violent attacks against Jews in the United States than ever before. A Jew cannot safely walk down the street in many European cities.

The Hanukkah battle isn't over yet. Find your inner Maccabee and grab your Siddur and your pen. Raise your voice in prayer and protest. It is just the beginning, but God is with you, and in time you will prevail.

Rabbi Reuven Epstein is the author of Simply Jewish: An Illustrated Get to the Point Guide to Judaism, and The Simply Jewish Haggada.