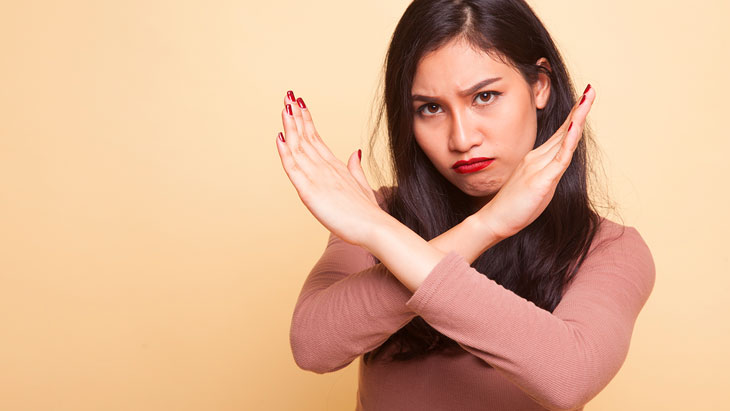 The real meaning of one of the Passover seder's most popular songs.

One of the most popular parts of the Passover seder is Dayenu. Jews love it and sing it over and over. For many children, it is their earliest memory of the seder.

There is a problem, however. The words of Dayenu seem to make no sense. Take this stanza: If He had given us the Egyptians' wealth and had not divided the sea for us, it would have been sufficient.

We would have stood at the shores of the Reed Sea, the armed chariots of the Egyptians in hot pursuit. Our new-found wealth would not have stopped the Egyptians from slaughtering us or re-enslaving us, not to mention retaking our wealth. Obviously, it would not have been sufficient had God given us the Egyptians' wealth without an escape route.

What does this stanza of Dayenu mean?

Still worse: This stanza is not an isolated case. In fact, the same question may be posed about every single stanza in the song. If He had split the Reed Sea but not taken us across on dry land, it would have been enough.

Either we would have drowned in the mud between the walls of water, or the Egyptians would have caught up with us there and killed us or re-enslaved us.

It is not just each of the miracles that seem not to have been sufficient; it is the spiritual gifts, too.

The nations of ancient Canaan have vanished. What made our ancient Israelite ancestors survive? The unique religious mission defined by the Torah and shaped in the land of Israel. Without this mission, our ancestors would have blended into history, too. Without the Torah, no Jew would exist today.

No one would be celebrating Passover and singing Dayenu!

How, then, would it have been "sufficient" for God to give us some of His gifts, but not the others? Didn't we really need them all? Could the Jews really have survived without the Torah, or without Shabbos?

What does Dayenu mean?

The key is the first-person plural: "If God had not given us their wealth… not led us into the land of Israel?... us…"

Who is "us"? It is you and me. It is all Jews alive today and all Jews in every generation who sang Dayenu – who were not there at the exodus from Egypt. So how does the song include us?

Dayenu is not a recounting of ancient events, not a record of history. Its meaning is directly related to another line in the Haggadah: "A person is obligated to see himself as if he personally has gone out of Egypt."

Passover is not a celebration of the past. It is a reliving of the past, a moment of reexperience. When a person sees himself at the seder as if he personally has gone out of Egypt, he is living through all the events of that era. He is reliving being enslaved, then reliving being liberated, all the way to entering the land of Israel and the eventual construction of the ancient Holy Temple.

Passover is each Jew's personal identification with the ancient liberation, from beginning to end.

With this perspective, Dayenu's record of each major step in the liberation appears very different. At the seder we do not scrutinize these steps with detachment – with a cool, deliberate, intellectual apprehension. After all, they happened to us. We relive these steps – a person is obligated to see himself as if he personally has gone out of Egypt.

And each relived moment is self-sufficient.

When a baby boy is born, the question of how he will perform at his Bar Mitzvah does not enter the parents’ consciousness. The moment, the miracle of birth, is utterly full.

When a young couple is married, the question of how it will manage retirement does not enter its consciousness. The moment, the gift of marriage, is utterly full.

Each major moment in the liberation from Egypt was utterly full. No future moment entered the freed slaves' consciousness.

They approached the Reed Sea. There was no hope. The Egyptians were thundering in back of them.

Suddenly, the sea opens up!

The greatest, most awesome, most unexpected, most amazing event unfolded before their eyes.

They were dumbstruck, overwhelmed, relieved.

The moment was utterly full.

God's presence and salvation were overwhelming.

The present moment filled them completely.

No future moment could impinge on their consciousness.

The splitting of the sea indeed was sufficient! Dayenu.

So it was with each miracle, with each Divine gift, at each step of the way out of Egypt and into the land of Israel.

The Jew at the seder relives each of the Exodus – utterly full moments – relives the self-sufficiency of being in God's presence.

This is Dayenu, a song of relived moments of utter Divine presence.

So it is with each step, each stanza, in Dayenu.

Dayenu pulls us into the reality of God’s liberating power and presence. We who sing and rejoice over Dayenu relive each step of the way in all of its fullness.

Reprinted with permission from "The Unexpected Road."