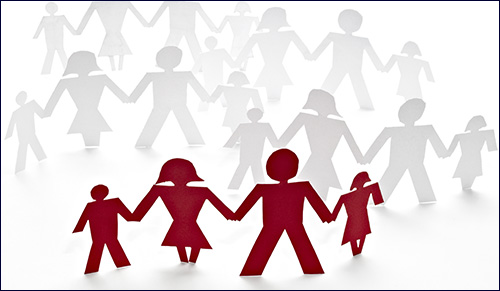 Passover connects our children to something larger than themselves.

On July 4, 1776, the Continental Congress of the newly formed United States of America convened a committee to design what would become our Great seal, our emblem and the symbol of our sovereignty.

The committee was comprised of three of the five men who had drafted the Declaration of Independence: Thomas Jefferson, Benjamin Franklin and John Adams. Adams chose a painting known as the "Judgment of Hercules," to adorn the seal. Jefferson suggested a depiction of the Children of Israel in the wilderness, led by a cloud by day and a pillar of fire by night for seal.

Benjamin Franklin also chose a design based on the Jewish story that he would describe as, "Moses standing on the Shore, and extending his Hand over the Sea, thereby causing the same to overwhelm Pharaoh who is sitting in an open Chariot, a Crown on his Head and a Sword in his Hand." Franklin in fact suggested the motto for this new country: "Rebellion to Tyrants is Obedience to God."

As in most cases of committees, it took six years, three committees, and the contributions of 14 men before the Congress finally accepted a design in 1782 and it wasn’t any of the original three suggestions. However, Thomas Jefferson liked the motto "Rebellion to Tyrants is Obedience to God" so much, he used it on his personal seal.

Why Matzah before Marror?

The story of our Exodus has universal appeal; it has been embraced by countless groups to inspire their own journey towards freedom including the founding fathers and later the civil rights movement. But the truth is that while the story can inspire others, it is uniquely ours and describes a history that belongs to us alone, it is our family’s narrative.

While others have written about it, drawn emblems based on it and composed songs and poems around it, we alone relive it, and we alone invoke the memory of having experienced it directly with sensory experiences. Others tell the story, but we are the only ones who taste the story.

We retell the story of our journey from bondage to freedom specifically with matzah and marror before us. In the Haggadah we read, “Rabban Gamliel said that one who has not said Pesach, matzah and marror has not fulfilled his obligation.” After reminding ourselves of the centrality of matzah and marror, we soon proceed with fulfilling these mitzvot, first eating matzah and only then consuming the requisite measure of marror.

Every time we invoke the themes of matzah and marror, we seem to do so in the wrong order. Matzah represents our freedom and liberty, the culmination and climax of the story. Marror is because the Egyptians made the lives of our forefathers in Egypt bitter.

The marror, the memory of bitterness, servitude, suffering, oppression should come first and only then should we taste the matzah and remember our journey towards freedom and prosperity? Why do we consistently address matzah and marror in the wrong order?

Many illustrious rabbis have addressed this question, however I would like to humbly offer you my own understanding.

Stories that Bind Us

For years researchers have sought to understand, what holds families together? What are the ingredients that make some families united, strong, resilient, and happy, while others are in disarray, fractured, broken, and fragile? Why are some families functional and others utterly dysfunctional?

As it turns out, the single most important thing you can do for your family is to develop a strong family narrative. Two years ago, the New York Times had a fascinating article entitled, “The Stories That Bind Us.” It provides the background for how this conclusion was reached.

In the mid-1990s Dr. Marshall Duke, a psychologist at Emory University was doing research into the dissipation of the family. His wife, Sara, a psychologist who works with children with learning disabilities noticed something about her students. She told her husband, “The ones who know a lot about their families tend to do better when they face challenges.”

The more children knew about their family’s history, the higher their self-esteem.

Duke took the answers he received and compared them to a battery of psychological tests that the same children had taken and he reached an overwhelming conclusion. The more children knew about their family’s history, the stronger their sense of control over their lives, the higher their self-esteem and the more successfully they believed their families functioned.

Psychologists have found that every family has a unifying narrative and they take one of three shapes. The ascending family narrative is exclusively positive: Son, when we came to this country, we had nothing. We worked hard, opened a store, your grandfather went to high school, your father went to college and now you…”

The second is the descending narrative: “Sweetheart, we used to have it all, then, we lost everything.” Dr. Duke explains that the third narrative, the oscillating family narrative is the most healthful one. “Let me tell you we’ve had ups and downs in our family. We built a strong business, your grandfather was charitable, but we also had setbacks. You had an uncle who was once arrested. Your father lost a job. No matter what happened, we always stuck together as a family.”

Duke and his colleagues concluded that the children who have the most self-confidence and resilience have a strong “intergenerational self.” They know they belong to something bigger than themselves. Dr. Duke recommends parents pursue opportunities to convey a sense of history to their children. Use holidays, vacations, family get-togethers, or even a ride to the mall to tell your family stories and personal anecdotes. He recommends adopting rituals and traditions that can get handed down from one generation to another. The hokier the family’s tradition, he says, the more likely it is to be passed down.

Duke’s bottom line is this: if you want a happier family, create, refine and retell the story of your family’s positive moments and your collective ability to bounce back from difficult ones.

Passing Over Our Family’s Story

When I saw this article and read about Duke’s research, all I could think of is the Passover Seder and the wisdom our sacred tradition. This new research simply affirms what we knew and have practiced for millennia. When we sit at the Seder and tell the story of our people, our children feel part of something larger than themselves. When they hear our personal stories of ups and downs, bitterness and sweetness, they feel part of something larger and greater than themselves. They don’t see their own circumstance in a vacuum or feel the need to face their challenges alone. When they see themselves as part of our collective history and our family’s personal narrative, they are encouraged, strengthened and uplifted.

Perhaps this research explains why we eat the matzah and marror out of order. You see, we don’t just eat the marror at the seder as a prop in order to tell the story chronologically. It isn’t just a function of reminding our children we were once slaves, but now we are free.

Knowing our narrative is an oscillating one gives us each courage and strength and empowers us to confront the marrors we may face today. The Passover Seder teaches us to be honest, direct and truthful in our conversations with our family. The more we share about both the matzah and marror moments, the stronger we will be, the more united we will feel and the greater our capacity to overcome whatever may come our way.

The Buried Seder Plate
In the Shadow of David and Goliath
Where Do the Laws of Nature Come From?
Saadiah Gaon, Rashi and Maimonides: How Three Rabbis Revolutionized Judaism
Comments