Infatuation Is Important, But Don’t Mistake It for Love 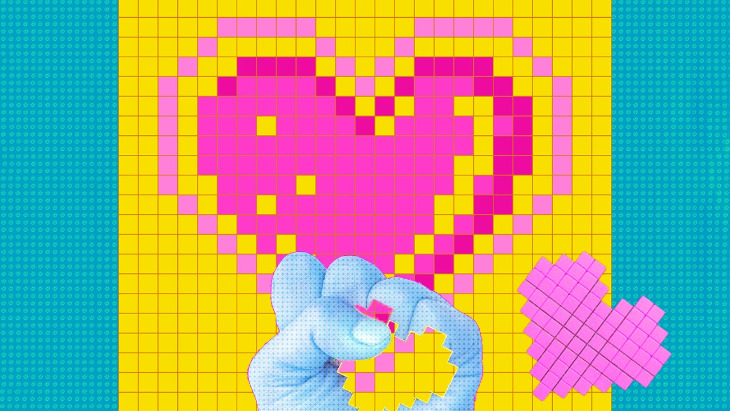 Infatuation kickstarts the process. But then comes the difficult work of creating a true bond of love.

My wife is one of the sharpest people I know. Many years ago, when we were engaged, I was a bit surprised when I overheard her talking on the phone. “Look,” she told her friend, “I know no one’s perfect. Everyone has flaws. But I’m telling you, he’s perfect!”

Now, I wasn’t going to be the one to burst her bubble, but I knew that she was in for a rude awakening. (She doesn’t say that anymore, by the way).

Infatuation is that strange state that many young men and women go through in the early stages of dating and marriage. Its effects are powerful. He looked into her eyes. She looked into his eyes. Bam! Suddenly, he’s singing from the rooftops she can’t concentrate on a word anyone says to her. In the throes of infatuation, everything is different.

Infatuation works like a drug. It affects your senses and changes the way you think and feel. When you are infatuated, everything is wonderful. The whole world is filled with happiness and joy. Scientific studies show that infatuation significantly affects brain chemistry. Dopamine, serotonin, and adrenaline (neurotransmitters, which regulate mood) are greatly increased. The infatuated couple experiences a rush of adrenaline, which causes a sense of elation and rapture. They are high. In fact, studies show that infatuation changes the chemicals in the brain in a manner similar to cocaine use!

Infatuation works like a drug. In fact, studies show that infatuation changes the chemicals in the brain in a manner similar to cocaine use.

Under the influence of infatuation, a person experiences a mix of euphoria, coupled with delusion, tinted with hysteria, filtered through a lens of mania. A psychologist might define it as mild psychosis. While in that state, they are very forgiving and tolerant of each other. They are accepting and patient, they fully enjoy each other’s company and would rather be with their spouse than anywhere else. Their usual sharp, critical eye, highly observant in any other situation, is dulled, and they see everything in rosy, beautiful colors.

“I love his rumpled look.” “It’s so cute how she’s always late.”

One of the most potent effects of infatuation is to blind a person to any real shortcomings or flaws in their spouse. In this state of infatuation, a couple can begin melding their lives together without the normal friction that would occur between two such different people. Infatuation functions as a tool to help a couple begin their marriage.

But infatuation is temporary. It was created as an assist, to help a couple get started. The job of marriage is to go on to build a bond of real love. If they build that bond, their marriage flourishes and thrives. But if they don’t, things begin to deteriorate very quickly, because infatuation is always short-lived.

Infatuation works like the sulfur on a kitchen match. When you strike the sulfur tip against the phosphorus on the matchbox, it ignites a flame. The sulfur gets very hot, very quickly. For a second or two it will flare up, just long enough to light the wood of the match. That flare wasn’t designed to last. It was designed to start the fire —not to keep it going. If the wood catches, the flame does its job. If not, it shone bright for a short while, but accomplished nothing.

Infatuation works the same way. It allows the couple to begin; it starts the process. But then they must do the difficult work of creating a true bond of love. They need to become attuned to each other’s needs and learn to actually care about each other. They have to discover who their spouse is and what they need. And they need to get accustomed to overlooking the shortcomings, flaws, and idiosyncrasies of their spouse.

Many couples experience a moment of revelation. It might be two weeks after the wedding or two months later, but one morning either he or she (or sometimes both) wakes up and says to themselves, “I made the biggest mistake of my life. I married the wrong person!”

Infatuation is important. It’s one of the tools that bond. If you have it, great, use it. Use it to begin melding your lives together. Use it to establish the habits and rituals that will become the fabric of your relationship. And later in your marriage, use it as a guide for how a couple should treat each other.

But remember, infatuation isn’t love, it’s magic – and the magic wears off. When it’s gone, don’t panic. That’s to be expected. Now the real work on the marriage starts.

One Drink Too Many: My Journey of Breaking Free from Alcohol
The Scandalous History of the Aleppo Codex
Who was Two-Gun Cohen?
Why Really Everyone Believes in Free Will
Should Jews Support Ukraine?
The Jews of Cuba
Comments
MOST POPULAR IN Marriage
Our privacy policy