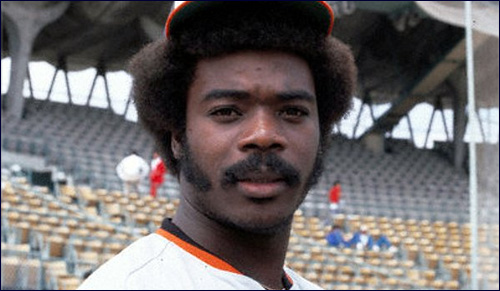 Nothing was going to keep Richard Wade from seeing Murray join the 3000 hit club. Not even cancer.

In the summer of 1994 in Cleveland, Bob Wade shared with me the grim news that his father, Richard, had been diagnosed with a particularly pernicious lung cancer. The doctors had given him at best a couple of months to live.

But this did not fit into Richard Wade’s schedule. He had a particular event he wanted to see and nothing was going to keep him from being around when it happened. Bob’s father, a modest, quiet individual, was a fanatical baseball fan with an absolute devotion to Cleveland’s first baseman, Eddie Murray. A top player and future Hall of Famer, Murray was on track to be one of the very few in baseball history to join the 3,000 hit club and Richard Wade had every intention of seeing the event.

When Bob’s father shared this hope with the oncologists, one of the doctors, an ardent baseball fan himself, replied, “I really wish it could be but Eddie Murray won’t reach the 3000 hit mark until next season and, well…. it’s better to make plans.”

Month after month passed by and somehow the senior Wade stayed very much alive. At the end of June, a full year after his diagnosis, Eddie Murray’s hit total had reached 2999. The Indians had gone up to Minneapolis to play a series with the Twins that weekend. The first game was Friday night, the second Saturday afternoon and I thought it a pretty safe bet that by the time Shabbat was over the Indians slugger would have reached the 3000 milestone.

There was quiet on both ends of the phone line. Two days later I attended the funeral. Bob’s father had been a gentle, quiet man, very much beloved, and at the funeral many comments were made about how often we don’t realize the extraordinary strength of the human spirit that often lies hidden inside people.

Two years passed. Another student of mine, this one a big basketball fan, gave me two tickets to go with my son to a Cleveland Cavaliers basketball game. The seats were amazing, literally the first row off the basketball floor. During half time I glanced down our row of seats and to my great surprise, I saw Eddie Murray sitting right there!

I initially felt reluctant and intimidated to go up to him (I’m quite an introvert) but I felt I had to share with him this incredible story of the hand of providence at work. I mustered my courage and approached him. As a famous baseball star constantly besieged by fans he was understandably less than thrilled to see me. But after telling him that I was a Rabbi who had a very short story to tell him that centered on his 3000th hit, he agreed to listen.

When I finished relating the story of how Bob’s dad had stayed alive that extra year just to see him hit the 3000 milestone, Eddie Murray sat there stunned. After a few moments of silence, shaking his head, he said, “I really don’t know what to say. Had I known about this at that time I would have taken a lot longer to get to 3000.”

In that season of 1995 Eddie Murray thought he was playing baseball pursuing a pennant and a goal of 3000 hits. Little did he know that he was doing something greater; he was keeping another man alive.

Born in New York City, Yehuda Appel was director for many years of Aish HaTorah’s Discovery Program in Jerusalem before founding Aish Cleveland in 1990. In addition to his teaching and administrative responsibilities in Cleveland, his recent focus has been establishing Aish programs on college campuses throughout the Midwest. Yehuda is married to noted speaker Hannah Appel and they have eight children.

"A Question of Trust"