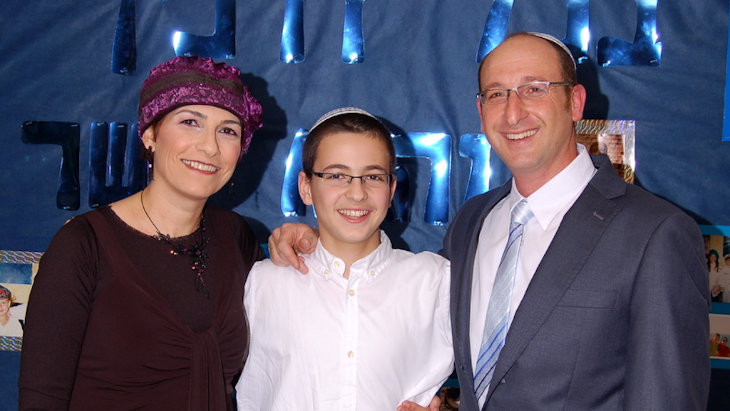 A special project connecting Jews around the world to Israel, in memory of Gil-ad Shaer.

I was about 14 when I discovered three other friends who were born on the same day as I was – the 9th of the Hebrew month of Elul. We felt a special bond, and to this day we email or WhatsApp each other on our birthday. One of those friends and I call each other “Sis,” and she became like a surrogate daughter to my elderly parents, when I was six thousand miles away from them, so the nickname worked.

And I know I’m not alone.

Proof of this desire to connect with our “birthday partners” is that 15,000 people, in the space of only one month, have already registered for a new initiative called “Happy Birthday 2 You," a project that will enable any Jew (aged 16 and over), any place in the world, to register and be connected to a Jew in Israel who shares a common birth date, and enables any Jew in Israel to connect to a Jew abroad.

It was created by Bat-Galim Shaer, an educator and social activist, and her husband Ofir, a lawyer and tax specialist, through an organization they founded and Bat-Galim chairs, called “Sonshine,” in memory of their son Gil-ad, of blessed memory. Gil-ad was one of the three teenaged boys kidnapped and murdered in the summer of 2014 by Hamas terrorists. 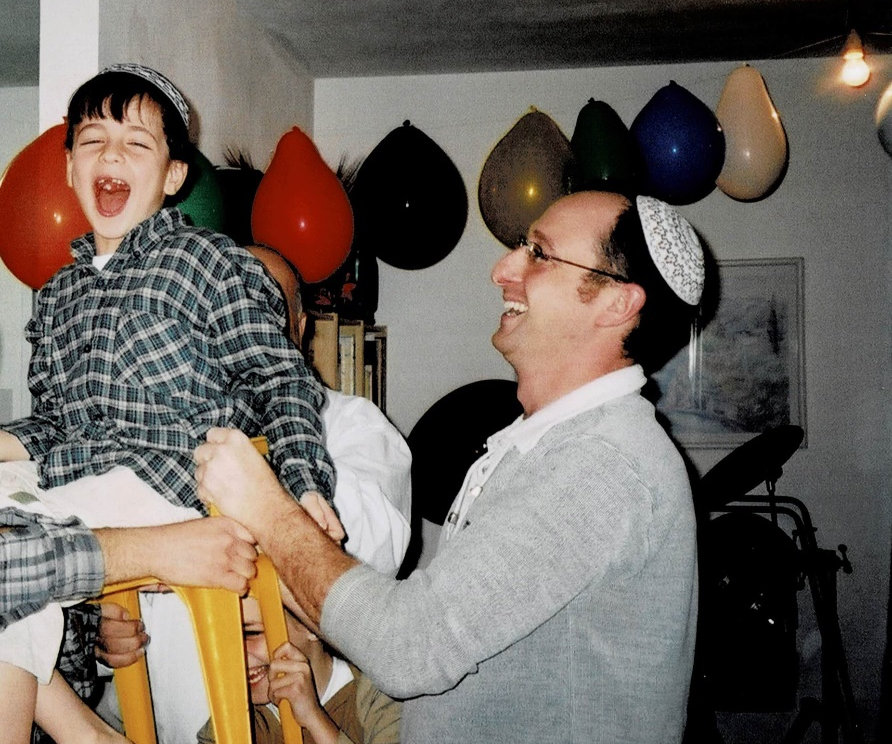 Gil-ad and his father Ophir

The country and much of the Jewish world held their breath and became united in outpourings of prayer and acts of good deeds during that fearsome time, as Israeli security forces and many volunteers searched for the boys for 18 days, till they discovered the cruel truth of their deaths. Bat-Galim says, “I will never forget the American who knocked on our door on a Thursday afternoon during the search for the boys. He said: ‘I am here on behalf of my community and we are with you and praying for Gil-ad's return.’” This unity and love culminated in the Shaer’s creating of Sonshine.

They intentionally spell Gil-ad’s (Hebrew) name with a hyphen in the middle, to emphasize that it means, “Joy (gil) forever (ad).” On the 19th of Tevet, on the Hebrew calendar (January 3rd, this year) – Gil-ad would have celebrated his 23rd birthday. His parents say that they looked for ways in which to celebrate the day, since he always loved celebrating the birthdays of his friends and family.

The hope of the Shaer’s is that this project will help build bridges, to continue that feeling of community, to connect Jews in Israel and Jews in the Diaspora through a common shared birthday, and will encourage the “birth date” partners to form a deeper relationship that may lead to a meeting, even if it is only long distance, or a shared activity.

Ofir calls the Hebrew birthday “the broadest and most basic common denominator for all Jews.” This could be true theoretically, but the truth is, there are probably many Jews around the world who are unaware that a “Hebrew” or “Jewish” birthday exists, or, if they know about it, don’t know which is theirs, or don’t celebrate it, even though they may be aware that the Jewish holidays fall on different dates each year, according to the Gregorian calendar. This is a wonderful opportunity for them to connect with a birth date partner in Israel, in the context of something that has connotations of joy, of fun, of growth and of Jewish life. 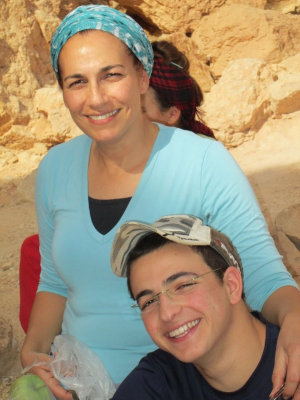 Gil-ad and his mother, Bat Galim

And the proof is in the global reaction. According to Michal Slawny Cababia, project manager of Sonshine, the people who have registered for “Happy Birthday 2 You" come from more than 50 countries, in addition to Israel, including the United States, South Africa, France, Mexico, Brazil, Argentina, UK, Spain, Canada, Russia, Germany, Hungary, Australia, Italy, Belgium, Netherlands, Belarus, Sweden and Taiwan. The “Happy Birthday 2 You" website has versions in Hebrew, English, Russian, French and Spanish. I registered and was paired with a young lady named Ana, who lives in southern Brazil, and we’ve already exchanged emails.

A previous initiative of the Shaer’s, which is still going strong, is something they call “Sweet Heart,” which encourages people to share baked goods with friends, or even better, with someone they don’t know, to “spread love and joy,” and especially during the month of Gil-ad’s birthday. They even advertise Gil-ad’s favorite, delicious cookie recipe. (An actress in the biblical theater group I direct baked them once for the whole cast; they were quickly devoured.) Once again, their goal is building bridges.

Regarding the birth date match-ups, Bat-Galim told me, in an emotional phone interview, “We come to this project from a very personal place. We felt the incredible hug of all the Jewish communities in the world [when the boys were missing], and we understood that when speaking about Am Yisrael, we can’t just talk about those who live here. Having a strong connection between us is important to both sides. They can also be our ambassadors. This is a ‘small’ project but it can make a big difference. We must keep them connected to us, and have their hearts connect with our hearts. That’s why I believe in it.”

What better time to reach out and find your Jewish birthday partner than now, when the whole world is in some form or another of COVID lockdown or limitations?

The VIP’s who have given their support to this effort, and who have even created short clips [linked here] to encourage others, cross the religious and political spectrum, and include Chairman of the Jewish Agency, Isaac Herzog, Prime Minister Benjamin Netanyahu, popular Hassidic singer Avraham Fried, Israeli author Lihi Lapid and Israeli actress and television host Galit Gutman.

Israel is a small country. I taught Naftali, a friend of Gil-ad’s and one of the three boys who was murdered. I imagine him, and Gil-ad and Eyal, smiling at the 15,000 people who have already connected through their Jewish birthday, and blessing us with wishes for happier and more unified times.

Why I Tour The U.S. As An Israeli Soldier

Sirens, Loud and Close
Vayelech 5783: Regret and Repent
Rabbi Sacks: Focus On the Important, Not the Urgent
Put Your Foot Down: Are Human Feet Poorly Designed?
Comments
MOST POPULAR IN Israel
Our privacy policy
Aish.com Is Looking for Great Writers