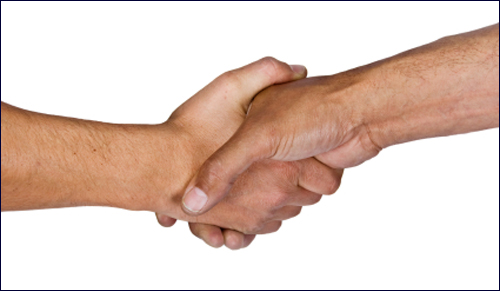 How to battle against spiritual annihilation.

The story of Hanukkah took place during the time of the Second Temple when the Greek regime of Antiochus sought to pull Jews away from their religion and heritage. Matityahu led the Jewish army in trying to drive out the enemy, after three years the Maccabees were, against all odds, able to succeed in driving out the foreigners from their land. When the Jews re-entered the Holy Temple they found it in shambles and idols were scattered everywhere. When it came time to re-light and re-dedicate the holy Menorah, they searched the entire Temple, but found only one jar of pure oil bearing the seal of the High Priest. An amazing miracle happened as that small jar of oil burned for eight days until a new supply of oil could be brought, hence the name Hanukkah, meaning 'dedication'.

Many people see Hanukkah and Purim having strong connections; however the aims of the enemies in each story were very different. During the Purim episode, Haman wanted to destroy every single Jew physically. However, on Hanukkah Antiochus wanted to assimilate and subsume the Jews into Greek culture. The Greeks had no intention of murdering the Jews physically; it was a spiritual and ideological campaign of annihilation.

This is why on Hanukkah we celebrate spiritually, via praying and lighting a soulful candle, while on Purim the mode of celebration is bodily focused.

Let us take a closer look at what the Greeks were aiming to do...

The Greek culture was one that extolled physical beauty and physical might. A self-aggrandized diet of sport (with little clothing) and war became the essence of Greek culture, which they sought to spread to the entire world. As the Maharal of Prague explains the three sons of Noah represent the foundations of all mankind. Yefes: the third son of Noah, means physical and aesthetic beauty and this was eagerly stressed by the Greeks. Yavan the descendants of Yefes took this concept and used it as the only reality if existence. The three letters of Yavan – yud, vav and nun – look like singular thin lines that have no framework or depth to contain anything, representing a totally external approach to look at the world; physical pleasure disconnected from anything deeper.

The Jewish religion is centered around the concept of spirituality; and that physical beauty can be expressed and reflected by adjoining spiritual beauty. Lasting beauty is one which is connected to truth, depth, wisdom and profundity; the physical features are merely the tip of the iceberg. For example Shabbat is a day focused on the spiritual world; as the Sages say it is like the World to Come. Yet on Shabbat we beautify ourselves, our tables and our family and communal lives as well. The Greeks outlawed the observance of the spiritual day of Shabbat because it represented the inner soul of the physical world.

The commentaries state that a reason for the destruction of the temple was due to Jews fighting against each other. The rededication of the temple on Hanukkah saw the Jews repair their spiritual breeches and reunite around the temple. When the Jewish people unite they are the strongest, like two hands coming together.

This, too, is a form of beauty; the full spectrum of the grand tapestry of the Jewish people standing together and expressing their inner quality and transcendental eternal natures.

Why Do We Light the Menorah with Olive Oil?

Ranking Every Single English Spelling of Chanukah. I Mean Hannukkah. Xanaqa?
What Makes Eli Run?
The Tyranny of Materialism
Science Enters the Mysterious Inner World of Consciousness
Comments
MOST POPULAR IN Chanukah
Our privacy policy