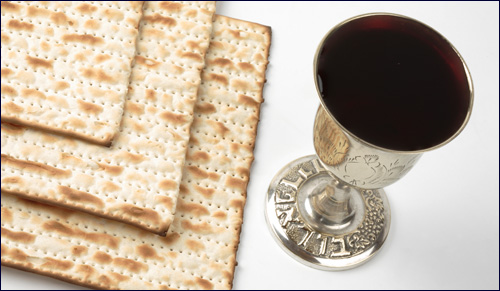 Some meaningful ideas to share with family and guests.

The Seder is an opportunity for everyone to be involved in discussing and offering insights into the Haggadah, the textbook for the way we remember the story of the origins of our people, our faith in our relationship to God.

Here are a few ideas you might want to share with your family and guests around your holiday table:

Seeing the Good In The Bad

The Talmud tells us that the structure of the Haggadah is based on one major theme: We begin by recounting the bad and then we conclude with the good. Our story begins when we were slaves in Egypt; from there we moved to liberation and our prophetically promised destiny of final redemption.

The sequence is meant to convey a fundamental truth of our faith. The bad is but a prelude to the good. When Moses asked God, "Show me, I pray thee, Thy glory," (Exodus 33:18) the Talmud tells us he was really asking the ultimate question of theodicy: Why do bad things happen to good people? God's response was, "You will see My back, but My face shall not be seen" (Ex 33:23). The commentators explain God's meaning: Events can never be understood as they occur, but only in retrospect, with the benefit of hindsight. Kierkegaard put it beautifully when he said, "The greatest tragedy of life is that it must be lived forwards and can only be understood backwards."

The Jewish people were first taught this truth in the story of Joseph. The tragedy of his sale by his brothers turned into the possibility for saving his family in the time of famine.

At the end of the story, Joseph reassures his brothers that he will do them no harm. "And as for you, you meant evil against me, but God meant it for good, to bring to pass, as it is this day, to save much people alive" (Genesis 50:20).

The word Haggadah in gematria (numerical value) adds up to 17. That was the exact age of Joseph when he was sold into Egypt – the real beginning of the story of our Egyptian exile and ultimately of the Exodus commemorated by Passover. By numerical allusion, Haggadah reminds us of the terrible act that started it all.

But there is yet another meaning to the gematria of 17. That is also the numerical value of the Hebrew word tov, the word good. We need to remember that the tragedy of Joseph's sale at the age of 17 led to the miracle of our redemption and the revelation at Sinai.

No matter how black any event may appear at the time, the dark of night is always followed by the dawn. "And it was evening, and it was morning" is the theme of our history – and the secret of the word Haggadah.

The invitation to guests

Before we begin with the recitation of the four questions we preface the Seder with an invitation to guests.

We are taught in the Ethics of the Fathers; “Simeon the righteius says that the world rests on three pillars: On Torah, on avodah (sacrifice, worship), and gemelut chasadim – acts of loving kindness” (1:2). All three are required for the world to deserve survival.

The rabbis point out that there is a striking correspondence between these three fundamental requirements and the number of patriarchs who served as founders of our faith. Before beginning the story of the 12 children of Israel and the creation of the Jewish people we were given three paradigms of spiritual greatness, each one of whom epitomized to perfection one of the traits singled out by the Mishnah.

Abraham’s greatness rested in his concern for others, his acts of loving kindness. The very first thing we learn about him after he entered into his covenant with God by way of circumcision is that “he sat in the door of his tent in the heat of the day” (Genesis 18:1) waiting for an opportunity to host any strangers who might be passing by. His life teaches us the true meaning of loving kindness.

Isaac, who understood that his father was taking him to be sacrificed as an offering to God, willingly accepted his fate and was prepared to give up his life to fulfill a divine command, no matter how incomprehensible. He is the paradigm of Avodah, service.

Jacob “sat in the tents” (Genesis 25:27) which the rabbis identified as the schools of Shem and Ever, studying the Torah traditions that were transmitted even before the Revelation at Sinai. From their lives we were privileged to witness magnificent illustrations of the three ideals of the Mishnah.

The day when Abraham welcomed the three strangers – in reality angels, but perceived as passing Arab travelers – would many years later, by a remarkable “coincidence” of the calendar, become celebrated as Passover. Indeed, according to the Midrash, Abraham with divine intuition observed this holiday years before it was given to the Jewish people!

In a sense, Passover is Abraham’s holiday. Just as Abraham was deeply moved to intercede in order to prevent the pain and suffering of fellow human beings, God too intervened to redeem the Jews from the slavery in Egypt. The predominant characteristic of kindness which marked our founding father was more than matched by the divine compassion demonstrated by our father in heaven at the time of the Exodus.

How fitting therefore that the Seder takes note of this link by having us emulate Abraham’s invitation to strangers.

“All who are hungry” and “All who are needy” – what is the difference between them? Aren’t the needy those who have no food, the very same ones already described as the hungry?

It appears the text is suggesting that there are two different kinds of deprivation to which we need to be sensitive. The hungry are those who lack physical nourishment. It is their stomachs which need to be filled. The needy are those who desperately require spiritual sustenance. It is their souls that beg to be sustained so that their lives may have meaning.

There are two – and only two – blessings which have their source in the Torah. The first is on food. When we complete a meal we are commanded – “and you will eat and you will be sated and you shall bless the Lord your God” (Deuteronomy 8:10). The second is for the study of Torah – “For I will proclaim the name of the Lord [the Torah], and you will ascribe greatness unto our God [with a blessing] (Deuteronomy 32:3).] Why precisely these two? Because a human being is a combination of body and soul and both of these components require nourishment in order to survive. Food is what allows us to live; Torah is what gives us a reason for living. Food sustains our bodies; Torah sustains our souls. Both are essential. That is why both require a blessing.

And that is also why we invite two kinds of disadvantaged. The hungry are those who lack food. For them we provide physical nourishment. The needy are those who seek meaning to their lives and who thirst for the peace of mind that comes from faith and commitment to Torah. Let both be a part of our Seder and become sated.

Four times we recite the Hebrew word Baruch, blessed. Immediately after that we list four kinds of sons. The implication is clear. Our children may all be different but every one of them remains a blessing. Even the “wicked son” is not to be despised; he is to be treasured as someone who has not yet chosen the right path.

The sequence of the four sons

The list of the four sons does not seem to follow a logical order. The two extremes, the wise and the wicked, ought to be at the ends with the other two in the center. What is the rationale for the sequence in which they are presented?

Perhaps the reason is that we follow the simple rule of respecting age. The oldest is mentioned first, the youngest last. With that as our guide, the sequence makes perfect sense. The last, the youngest, is one who does not even know enough to ask. That is the child who is hardly old enough to speak. It is followed by the simple son, the one whose limited intelligence permits them only to ask “what is this?” The one who is older still is the child of rebellious teenage years, going through a stage in which his striving for independence makes it difficult for him to accept parental values and guidance.

It is one of the universal blessings that as children come to greater maturity they find the wisdom to acknowledge that their parents are not as stupid as they came to believe when they were teenagers. In the words of Mark Twain, “When I was a boy of 14, my father was so ignorant I could hardly stand to have the old man around. But when I got to be 21, I was astonished at how much the old man had learned in seven years.”

Therefore the four sons may in fact be four stages in the life of one person, stages that take us from infancy through childishness, onto rebelliousness and finally to true wisdom.

The wise and the wicked

But perhaps they are, according to a remarkable Talmudic insight. What is the cause of sin? The Sages answer, based on an ingenious inference from a biblical text, that “A person does not sin unless overtaken by a spirit of foolishness.” Sin, more than a moral failing, is an act of stupidity. Its most powerful opponent is wisdom. The wise will choose not to be wicked. The Torah places its greatest hope for perfecting man’s character by way of study. That is the best way in which the wicked son can be transformed into a wise son.

May our understanding of these ideas and our fulfillment of these concepts insure for us the Passover holiday filled with meaning and divine blessings.