The New York Times recently highlighted a growing trend worldwide: the use of Hitler in advertising, using the Nazi leader to lend prestige to products from selling shampoo in Turkey to fried chicken in Thailand.

Last year, “Hitler 2” blue jeans sold in Gaza City. (Lest anyone miss the violent anti-Jewish message, mannequins wearing the jeans even had knives taped to their hands.) Hitler’s image was printed on sugar packets in Croatia that also contained jokes about the Holocaust. “Hitler’s Cross” restaurant opened in Mumbai, India, in 2006. (The name was soon changed after lobbying by the local Jewish community.) 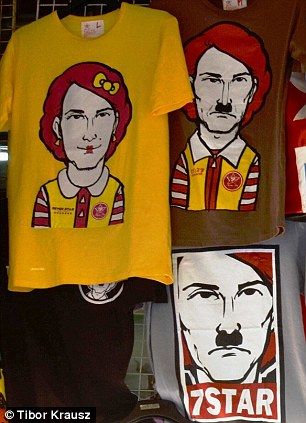 These examples are only the tip of the iceberg. Hitler imagery is commonly used all over the world, and is proliferating, as Nazism gains a sort of glamor in parts of the world.

Here are just a few examples:

In South Korea, Hitler’s image has been used in Nazi-themed bars, to promote a Nazi-inspired clothing line, in purses called “Hitler Bags” and Coreana cosmetics whose controversial ads featured a model wearing a Nazi-style uniform.

Thailand has seen an explosion of Hitler-themed t-shirts, featuring cartoon characters such as Teletubbies or Ronald McDonald altered to look like Hitler and performing the Nazi salute. Some people sporting the fashion get into the act too, giving the one-armed Nazi salute to match the characters on their T-shirts. 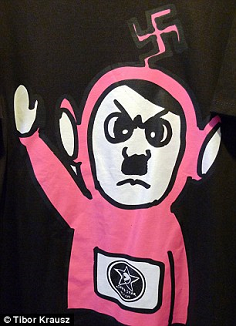 So-called “Nazi Chic” is trending in parts of Asia where Nazi-inspired uniforms are popular. In China, it’s become popular for some grooms to dress in Nazi uniforms and pose as Nazi storm-troopers in wedding portraits. In 2014, the Korean girl group Pritz and the Indonesian singing star Ahmad Dhani performed while dressed in Nazi-themed uniforms. In India, a host of products have been linked to Hitler. “Hitler” ice cream cones became popular in the state of Uttar Pradesh in 2015. 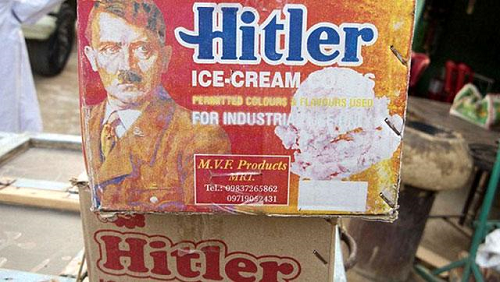 This followed the success of “The Nazi Collection” of sheets and pillowcases emblazoned with swastikas in Mumbai and the “Hitler” clothing store that opened in Ahmedabad. (Its logo featured a red swastika instead of a dot over the i.) So pervasive - and prestigious - is Hitler in India, even Hewlett Packard has used a Hitler-themed ad for its products in India. 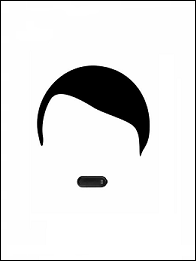 Even some Western brands have got in on the act. A 2008 ad for A Bela Sintra wine in Brazil featured a photo of Hitler above a bottle of wine with the slogan “Some things get better with time.” Hitler (as well as Mussolini) wine has also been sold in Italy.

These images desensitize us to the horrors of what Hitler and Nazism actually stood for.

For many, Hitler has become a sort of hero. That was the message in a Palestinian Authority-backed children’s magazine, which featured an essay lauding Hitler as a role model for kids. (Not coincidentally, Mein Kampf, Hitler’s autobiography, is a best-seller in Palestinian Authority-administered areas.)

For 17% of students in India’s elite schools, Hitler is their most admired hero, according to a 2002 poll by the Times of India. Mein Kampf is popular in India too. It has become a must-read for business school students in India, many of whom consider it a motivational tract.

In Thailand, some visitors to graduation ceremonies at the prestigious Chulalongkorn University in 2013 were startled to see a specially-painted mural depicted several comic book heroes - including Hitler - giving a Nazi salute. It was removed after the Simon Wiesenthal center complained.

Such reports point to a real lack of knowledge about the Holocaust. One 2014 survey found only 54% of respondents worldwide have ever heard of the Holocaust - and only a third believe that historical descriptions are accurate.

In the generation after the Holocaust, it became popular to say “Never forget.” Today, as “Hitler Chic” surges around the world, “Never forget” is more crucial than ever. It’s not just a matter of poor taste; it is protecting the dignity of the six million Jews murdered - and battling resurgent anti-Semitism today.