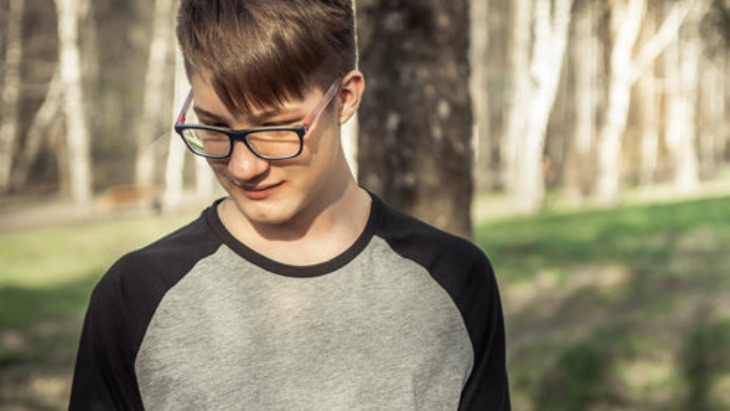 Being his protective advocate was no longer helpful. It was actually debilitating.

Sitting in the dermatologist’s office with my maternal antennae up, I waited for the moment to ask all my questions regarding my son. I never got the chance.

My 24-year-old son was showing the doctor a bothersome condition on his skin. I jumped in, as I always did in this dance we had come to know so well. He sat, I spoke.

The doctor was having none of that.

“I am speaking to him,” she turned to me, abruptly. “He is 24 and perfectly capable of speaking for himself.”

I sat back, a bit shell shocked. She proceeded to speak with my son, and only my son, giving him two options for treatment. I sat like a chastised child, not daring to speak. I watched the give and take, my son asking all the appropriate questions, the doctor outlining the pros and cons of each course of action. I felt redundant, the role I have always played so well suddenly taken out of my hands. Yet I had to admit that my son was doing fine – more than fine, even without my intervention.

After he was finished, it was my turn. I sheepishly turned to the doctor and thanked her for putting me in my place. “My son has Asperger’s,” I told her. “I’m learning to let go, but it’s something I have to practice.”

The doctor picked up on what my son needed more than anything – a hefty dose of independence.

“He did just fine,” she said as she smiled at me. I know he did. And I also know the doctor picked up on what my son needed more than anything – a hefty dose of independence.

Our son was diagnosed with Asperger’s upon completing his service in the Israeli army. He is so high functioning that the psychologists never picked up on it – until now. As we navigate our way through his diagnosis, there is a pattern of behavior that I know I need to eradicate – that of being my son’s mouthpiece. It is a role I took upon myself and never relinquished. It is so natural that I don’t even realize I’m engaging in it.

I am now beginning to realize how detrimental this has been.

When our son was young, I was the shield he bore against a world of uncertainty. While our other children had that extra navigational ability, this child always brought out the mama bear in me. I felt the need to protect him from everything – even himself. I was always one step behind, ready to catch him should anything go wrong. I had appointed myself his advocate, not realizing that while this might have been fine up to a point, it was no longer helpful. It was actually debilitating.

In that chair at the dermatologist, I woke up to a reality I had created, even with the best of intentions. I realized that by stifling my son’s ability to communicate, I was robbing him of his capacity to connect. Despite my intense desire to propel my son forward in his life, I was, in essence, holding him back.

Sometimes we are so blinded by our good intentions that we don’t comprehend the damage we are inflicting.

As parents we try so hard to give our children everything they need. Sometimes we are so blinded by our good intentions that we don’t comprehend the damage we are inflicting. In a recent meeting, our son’s therapist thanked us for the great job we did in raising him, and then half-jokingly proceeded to tell us we were ‘fired’. I came to realize that as much inner work my son was doing, I had a hefty dose of work to do myself. There was an invisible umbilical cord that I needed to sever, the sooner the better.

One of the main characteristics of Asperger’s is the challenge of connecting with others. I had appointed myself the conduit for my son to relate to the rest of the world. I had firmly believed he was incapable of doing so himself, convincing myself that I would fail him somehow by not intuiting all his needs and wants, even past the stage where it was no longer age appropriate. I had caused him to snuff out his own voice, to not trust his own intuition. I did it unintentionally; I did it out of my fierce love for him. I held on to the reins, and now it was time to hand them over to the one who needed to forge his own path, at his own pace.

I am learning to take a seat back and let my son settle comfortably in the driver’s seat. We are both works in progress, both learning to let go, to push ourselves out of our comfort zones and stifle the urge to revert back to the roles we have scripted so well until now. While my son learns to use the voice he’s been given to connect, I will use mine on a different frequency, to connect to our Creator as I beseech that he find his way.

Passover Seder by the Numbers

What Fathers Need to Know