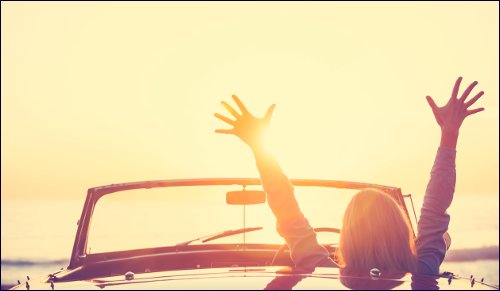 Listening to my still, small voice has taken me on an improbable, yet inevitable journey.

Imagine racing after a dream like a centerfielder chasing a towering fly ball. Eyes on the speeding white dot, arms and legs pumping, mind and body united in one task, you strain to make the catch. And then, after a long run – smack! – ball and glove meet. Success! Like that imaginary outfielder, I snagged the dream I had been chasing since my first job as a corporate lawyer, the dream of financial independence, seemingly out of the air.

I was elated, briefly, but once the feeling had passed, another one, persistent and gnawing, took its place. This new feeling challenged me with a question: “What are you going to do now?” 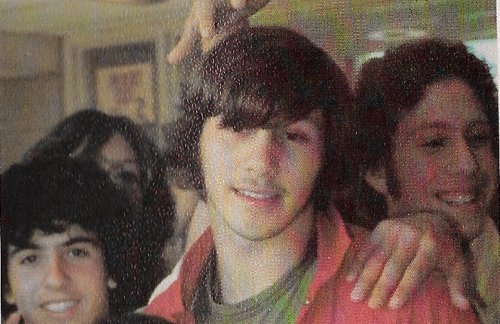 Alex in his early days

The question left me floundering. Having chased the ball through law firms and hedge funds, across conference rooms and trading floors, I had gradually lost sight of the truth that my “dream” was merely a means and no end in itself. The reason I craved independence was I had never felt in my element being a lawyer or hedge fund manager. Whether battling another attorney over the details of a contract, or buying and selling securities, I couldn’t shake the sense that I belonged elsewhere.

An unwelcome inner voice chided me, saying, “You’re a tourist on Wall Street. It will never be home.”

An unwelcome inner voice chided me, saying, “You’re a tourist on Wall Street, there for a visit. It will never be home.” How I wished I could be like those colleagues who seemed to obtain meaning and money from their careers. I resented and resisted that inner voice, but I also began to listen to it, grudgingly.

And to my astonishment, it coaxed me back to Judaism, and to the world of Jewish education.

I was astonished because I had stepped away from Judaism decades ago. As a teenager, I had concluded that my religion offered little besides creaky rituals and a condition – being Jewish – that was better left unmentioned. I vividly remember the incident that convinced me Judaism was more burden than benefit. It took place on a long ago Shabbat, when I was 15. Wearing jacket and tie, I walked alone to shul in my northern New Jersey town. The public high school I went to was playing a big football game that morning. Though I couldn’t see the field, I heard the marching band’s pounding drums and the fans’ rhythmic clapping. The crowd’s energy and excitement seemed a rebuke: Why aren’t you on the field, pursuing glory?

I came to an intersection and got stopped by traffic. A line of cars, driven by kids from the school we were playing, slowly passed me. I tried to become invisible. Car after car went by until the crown jewel of the procession stopped beside me. The bright red convertible was a vision of high school perfection. Our rival’s colors fluttered from the antenna and in the back was a stunning blonde, sitting up on the trunk like a homecoming queen. She caught my eye, but I looked away. I felt ridiculous beneath her gaze. As her car pulled away, she shouted, “You Jewwwwwww!”

If the ground had opened up underneath my feet I would have thought it a blessing.

I went to shul less often and to the gym more, working on my jump shot so that I could win a girl like the one atop the convertible.

I did not know then about Bilaam’s prophecy that Israel dwells apart, but I knew I did not want to dwell apart. I went to shul less often and to the gym more, working on my jump shot so that I could win a girl like the one atop the convertible. And I studied. I loved learning, excelled academically, and wanted to go to the Ivy League. By the time I got to Yale, my connection to Judaism had frayed to a thread. A survey of European history course freshman year cut the thread. I remember closing the course’s thick textbook, a catalogue of slaughter, viciousness, and mayhem, and thinking, there is no God.

Having dismissed the religion that had sustained my ancestors, I focused on my life and career. I met my wife in college. We both went to law school and took jobs at large New York firms in the early eighties. Those were heady times. The stock market was rocketing, creating great wealth, and young lawyers were being lured to investment banks and trading firms for fantastic sums. It was a gold rush atmosphere, pulsing with stories of fast made fortunes, and I longed to join the stampede. The God whom I did not believe in, or think much about, blessed my efforts. But He had a bigger blessing awaiting, one disguised as a setback. 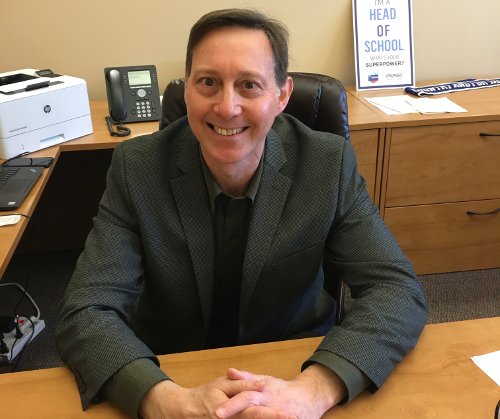 In 2000, I started my own hedge fund and failed. It was a painful experience and it left me with time to reflect. One night, while reading online, an advertisement for Partners in Torah, a one-on-one Torah study program, caught my eye. At the time I had neither the words nor faith to explain why I clicked on that ad seeking a study partner. But doing so proved to be the first step out of the spiritual wilderness I had wandered into nearly three decades before.

Partners in Torah promised me the right partner and they delivered. Dr. Michael Bernstein, psychiatrist, rabbi, and savant, became my friend and mentor. Michael was a patient teacher, full of learning and kindness. Although I liked and respected him from the beginning, we had some early debates, sometimes fierce ones. But we stayed committed to learning, and gradually the Torah he taught changed me. He and his wife Rose hosted our family for Shabbat and we saw the beauty of a religious family sharing Friday night.

At Michael’s urging, my wife Dale and I began attending our Greenwich, Connecticut synagogue regularly. He also told me I should go to the Chabad that had recently opened in our town. Wrongly picturing a Hasidic scene in which we had no place, I resisted him for a year before finally giving in. That too, was a turning point, connecting us more deeply to the Greenwich’s growing Jewish life. And he told me to learn Hebrew so I could study Torah in its original form. There, too, I listened to Michael and am studying it still.

These changes in our lives took place gradually. They were not part of any plan of mine. I didn’t anticipate that the path I was on would open up a new career, one that offers meaning. In 2014, I left finance and enrolled in a master’s degree program centered on the Great Books. I intended to teach after graduating and I continued to study the Greatest Book, the Torah, with Michael and others.

Upon graduating, one of my new study partners arranged for me to interview with the American Hebrew Academy, the world’s only Jewish international college prep boarding school. I visited the Academy hoping to land a teaching job. I became Head of School. My journey from hedge funds to head of school feels improbable and yet inevitable. That internal voice seems to agree because now it says: You are on the right path.

Alex Troy is the Head of School at the American Hebrew Academy in Greensboro, NC. Prior to becoming Head of School, Alex worked as a lawyer and an investor for thirty years. He started his career practicing merger and acquisition law at Skadden Arps and then moved to the investment world, where he managed portfolios at hedge funds and ran a family office. In 2014 he enrolled in St. John’s College’s Graduate Institute, where he graduated with a master’s degree in the liberal arts in 2015. From 2002 through 2013, Alex was a member of the board of directors of Amistad Academy, a K-12 charter school in New Haven, CT. He served as chairman of Amistad’s board for seven years. Alex is an advocate for education reform and has served on the boards of several organizations devoted to improving public schools. In addition to his MA, Alex holds a B.A. from Yale University and a J.D. from Harvard Law School. He and his wife, Dale, have three daughters, Ariel, Abby and Rachel.

Will Smith & Jumping to Freedom

When Cancer Came Knocking
Why Are The Prayers Of Yom Kipur So Repetetive?
Ha'azinu 5783: A Time for Unity!
Twisted Thinking
Comments