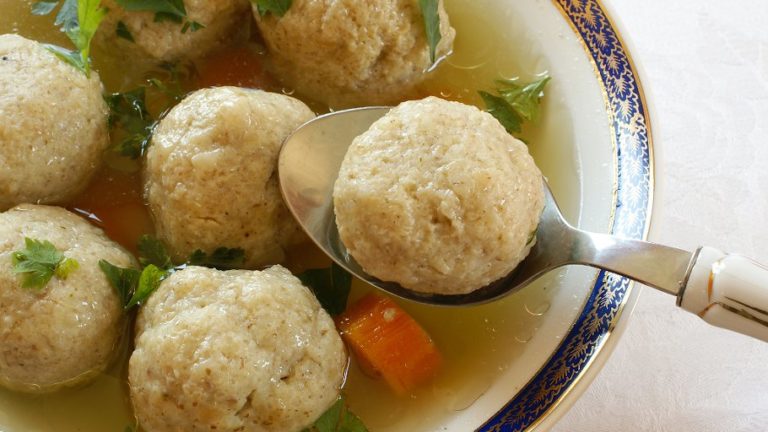 There is one thing that connects all Jews. Food.

There is one thing that connects all Jews. Food. And this applies to all Jews, whether you are Ashkenazi, or Sephardi, whether you are skinny or like me. Jews love food. As a card carrying Ashkenazi Jew (not by choice) I will start by outlining Ashkenazi foods but for research purposes only I will eat a number of Sephardic style restaurants and report back to you. For research purposes only.

Need I say more? It is about tradition, and that means that all food comes with a hyphenated “pastrami.” When I was a young man, my father taught me that when Jews first came to America and found turkey, they didn’t know if it was or wasn’t a kosher bird, until they saw that you can make pastrami out of it. No idea what pastrami means or what they do to make it pastrami. I just know that it means Jewish.

Brisket in any form. Corned beef brisket, pastrami brisket, juiced brisket. It makes no difference. As long as it is brisket, we eat it.

This is the only thing that can make extremely salted meat better. Not just stuffed. Overstuffed.

Red meat and then more red meat. What your spouse and doctor told you that you can’t have, the deli overstuffs your sandwich with that.

The excitement of huge portions, piled high, with corned beef and pastrami falling over the sides. The fact that the sandwich can’t hold it. The sandwich created because they had Jewish clientele in the Catskills and they all complained, “You could’ve given me a bit more on that sandwich.” That is why we love the deli overstuffed sandwich. They would’ve given it a different name, such as huge sandwich, but then the Jewish clientele would’ve said, “Why is this not overstuffed?”

When eating all the brisket and overstuffed sandwiches, the deli gives us the healthy option, by putting celery in the soda. That is a vegetable. And people think delis don’t care about health?!

Anything Dr. Brown’s makes is Jewish. We respect our Jewish drinks so much, that we give the people who make them the honor of being called doctor. Thank you Mr. Brown.

Even seltzer sounded disgusting on the Lower East Side in the 1920s. Known as “burp water” the deli claimed its place in American culture as the only establishment where it is popular to burp. But unlike Japan, burping isn’t a compliment. It is just a way of showing other people that you can care less about what they think of your eating habits. You are eating an overstuffed sandwich and the brisket gravy spilled all over your shirt already; might as well belch.

As with vegetables, water is healthy. Anything healthy, we Jews drink it in carbonated bubbly form. They would serve vegetables, but nobody would eat them. It is the Jewish version of crushing up medicine and putting it in applesauce.

If you think liver looks disgusting, you’re going to love it chopped. We Jews turned meat into something you spread on bread, a beautiful schmear. Pureed it and now you can throw brisket on top of it. If we were able to, we would drink meat. That is how much we like meat.

Chopped liver only gets a bad rap because of the way old people use it to ask why nobody cares about them. For example, “What? Am I chopped liver?” That statement sounds bad and gives a bad name to an amazing food. I want to tell them, “Yes. You are, and you are extremely yummy.”

Potato in any form. Potato knish, potato perogies, potato kugel, mashed potatoes, French fries. Love how they took potatoes and tried every form of cooking and baking with them, and somehow it all worked. Only potatoes. That is the only vegetable we eat without liquid effervescence.

I believe that is the full menu of Jewish vegetarian cuisine. Anything with potatoes is Jewish vegetarian food. That is all the uniqueness we have to offer non-meat eaters; potato side dishes and matzah ball soup.

We love matzah balls in our soup. Before eating meat, we need matzah ball soup. All soup must have a matzah ball. Sweet potato soup with matzah ball in it. We love the taste of Pesach all year round. The only time we don’t like Pesach food is on Pesach. On Pesach is when we complain about Pesach food, reliving the Jews leaving Egypt and how they complained to Moshe.

It means fat. We eat this straight.

Taste comes before health when you are an Ashkenazi Jew. When eating at my mom’s house, we count the calories to make sure that there are a lot of them.

Taste comes before health. Character comes before appearance. That is what Ashkenazik Jewish eating is about.

The extra salt just tastes good with everything. If Jews were able to eat salt straight, with nothing else, we would serve that along with the corned beef sandwich.

Also of note is the half-sour crunch. Nothing like it. Outside of a deli, I have never been told, “David, you’re chewing too loud. Eat with your mouth open.”

When we can’t figure out what to do, we throw it all in a pot and have it sit for twenty hours. Something good should come of that.

The biggest issue in Jewish healthy is that we get fatter over Shabbat and then we ask, “How do I keep on the weight?” The deli has potato kugel and kishka, schmaltz, cholent, brisket and celery in a form that makes you fatter. Whenever a diet comes along, the deli is always there to remind me that it is worthless. I am Jewish.

Please note: I intentionally didn’t mention gefilte fish or lox and bagels in this article. Didn’t want to feed the stereotype.