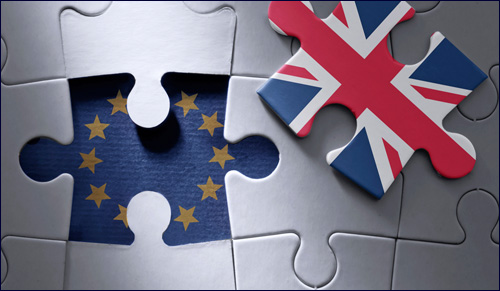 A British Jew gives her take on the Brexit and how the British Jewish community is handling it.

I expected Friday June 24th to be a pretty normal Erev Shabbos. But the first thing my husband and I did on awaking was check the Brexit referendum result:

‘Britain votes to leave the EU.’

No way! I couldn’t believe my ears! I was sure it would be the other way! Yet, the British public, normally so cautious, asserted itself and turned its nose up against the EU!

The world reacted instantly – from the minute the results were announced everything went haywire. The pound plummeted, the markets were in chaos, the British Government was a mess – Prime Minister David Cameron, who campaigned passionately to remain, announced almost immediately he would be stepping down, and the opposition Labour party is falling apart at the seams. It’s almost like Britain is a Jewish mother whose child has decided it no longer wants to wear a sweater outside.

No one knows what to do next. The Leave camp is very pleased of course, but because it was a cross-party issue, everyone has different ideas about what leaving means, how it should be done, and who should do it. Furthermore, according to experts, this process will take at least two years, maybe even ten! And according to some pundits, we might not even actually leave! The European Union: otherwise known as Hotel California.

One scenario people have been discussing is the complete breakup of the EU. I enjoyed discussing the word ‘Brexit’ in my last article, the best thing, in my opinion, about this whole affair. It seems that an anonymous wit also enjoys this word play, declaring on a viral WhatsApp message that Brexit will be followed by Czeckout, Italeave, Departugal, Latervia, and, to add my own – Luxembye. Us Brits may have taken a massive and uncharacteristic gamble but at least we’ve still got a sense of humour!

What does Brexit mean for British Jews? The answer to the same as everything else when it comes to the Brexit: dunno. Will it help to protect us from terrorism by limiting immigration? Maybe, but I wasn’t convinced by this argument; so many terrorist seem to come from domestic regions such as Birmingham and Bradford, rather than Syria and Sudan. Will Brexit help protect shechitah (kosher slaughter)? Some British experts said shechitah was safer if we leave, but then on the other hand, other experts said brit milah (circumcision) was safer if we’re in. Or was it the other way round? See, I’m still as confused as I was before!

Many British Jews are also sad about the departure of David Cameron who was a friend to British Jews and to Israel. Boris Johnson’s relationship with Israel is more dubious. However, the prospect of the downfall of Labour leader Jeremy Corbyn is welcome to the majority of the Jewish community. He has failed to convince anyone that he isn’t stridently anti-Israel, and even a tad anti-Semitic.

Another big concern is the numerous reports of Brexit hate crimes against Polish people residing in the UK, including verbal abuse and racist graffiti. Leaflets were posted through the letterboxes of Polish families with the words ‘Leave the EU, no more Polish vermin’. Sadly, Jews are no strangers to this kind of abuse, and when the dregs of society feel that their prejudices have been validated by the vote, one wonders how long it will be before the Jews become the targets once more.

Fortunately, the Government has very strongly condemned these crimes, and leave campaigners are very keen to distance themselves from these sentiments. In fact, my old school friend, Suella Fernandes, is a Conservative MP who was in favour of leaving. As a lawyer, her reasons were concerns about Britain’s legal interests, rather than fears about immigration. She reassured me on Friday morning, ‘Our children will thank us for this.’ Ok, so I trust her, though I don’t necessarily believe her.

Another strange thing is that so many people seem to regret the way they voted. According to a Daily Mail survey, 7% of leave voters would change their vote if they could. Several of my friends who voted leave seem retrospectively flummoxed by their own choice. But perhaps this is the Hand of God – obviously history was supposed to take this course, so G-d maneuvered it this way, and hey presto, Brexit happens!

I guess I was wrong in my last article that the word ‘Brexit’ would be forgotten. Looks like it’s here to stay – unlike Britain in the EU.

Spare Time!?
Where Are We? The Body, Brain, Soul Problem
Dr. Sheila Nazarian’s Escape from Iran
The Miami Boys Choir is Taking over TikTok
Comments
MOST POPULAR IN Jewlarious
Our privacy policy
Aish.com Is Looking for Great Writers