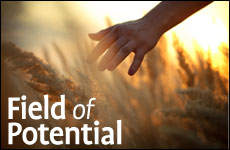 The Maharal of Prague on Shavuot and the essence of man.

The following is a translated excerpt adapted from the Maharal of Prague’s homily delivered in Posen, Poland on Shavuot, in 5352/1592. The full text of the essay is printed at the end in the London edition of the Maharal’s Be’er Hagolah and has never been published in English.

King Solomon begins the book of Ecclesiastes with a question: “What advantage does man, adam in Hebrew, have in all that he toils under the sun?” (Ecclesiastes 1:3). The question belies an assumption. If man does have any advantage at all, it is somehow connected to his name Adam, a name derived from his being created from the earth, adama in Hebrew. An understanding of that assumption provides us with an insight into the question.

Why is it more fitting for a human being specifically to be called “Adam” from the word adama, more than other creature? After all, God created everything from the earth (Medrash Rabba Bereishis 12:11). One would think that an animal’s earthy, materialistic nature would make it more worthy than man of receiving a name associated with the adama.

Yet a closer look reveals that man bears a relationship and likeness to the earth in a way that differs from that of all other animals and creatures. The ground has the power to grow things. It brings out the potential in plants, trees, fruits, and everything else it produces. Adama essentially exists in potential, and brings everything to fruition. In a similar vein, Adam is distinct in that he represents pure potential, and, like the land, the ability to bring forth bounty, namely, his own perfection.

Accordingly, man’s positive actions are called “fruits,” as it is written “say to the righteous person that he is good, for [righteous people] shall eat the fruits of their deeds (Isaiah 3:10).” Conversely, evil deeds are also called fruits, for it is said of the wicked “and they shall eat the fruits of their ways, and be satiated from their counsel (Proverbs 1:31).”

No other living creature exists as pure potential waiting to be realized. All that could come from an animal is found within it immediately upon creation. The essence of an animal is determined at birth. It is already known from the start that a calf will grow up to become an ox that plows, and a foal will become a donkey equipped to bear a burden. This is the inevitable outcome, not subject to the animal’s choice. Thus, all an animal will ever become is present in its being from its inception. This is why the Hebrew word for animal is “beheima.” Beheima is a compound comprised of two Hebrew words: “bah” (in it) and “mah” (what), which means: what it is – its essence – is already contained within it. There is nothing in an animal which exists in potential to later be realized in actuality.

In contrast, man is called Adam because he needs to realize his potential and achieve perfection practically; he is adama (earth) for he is considered like land having only potential. His outcome is not inevitable; it is subject to his innate free will. One sows wheat kernels or other seeds in the land, they take root in the soil and bring forth produce. In exactly the same fashion, God gave man a pure and pristine soul – a part if God from above. It is a seed that takes root and is embedded in his body exactly as wheat is embedded in the ground.

Man as a Boor

If man does not produce his good plants and fruits, then he is akin to land which lies “boor” which means fallow in Hebrew. He is like a field which has not been sown. Our rabbis, therefore, decided to call a person who does not master Torah by the name “boor” (ignoramus) for he is like land which is boor, which has not been seeded and which produces nothing.[1]

With this background, we can return to King Solomon’s question. “What advantage does adam, man, have in all that he toils under the sun?” Man’s advantage necessarily lies in his deeds, the fruits of the adama (earth) to which the name Adam alludes. Man exists in potential and needs to realize his potential to fruition, and this alone is the source of his advantage, his virtue.

Yet what advantage does adam have in all his toil under the sun? Indeed, his actions “under the sun,” a reference to the natural realm, provide him with no advantage and he is no different than an animal. One must therefore conclude that his real advantage, his unique nature, lies in his actions above the sun, a reference to the transcendent realm – namely Torah. Man’s connection to Torah represents the fruit of the soul God placed within, and its ability to produce spiritual bounty.

Receiving Torah in the Desert

With this background, we can understand the Torah’s emphasis on the place in which the Jewish people received Torah: the desert. When Adam, so called on account of the adama, exists in a state in which he has no Torah, he is considered a desert, a wasteland with no grass or plants. In such a state man is more like a fallow field than any other creature. Without Torah, he remains in that state; but once he receives Torah, he realizes his potential as adama to bring forth bountiful produce.

[1] This is likely the real source of the English word “boor” which is an unflattering description of a person who acts in a rude, coarse, and unsophisticated manner – a manner appropriate for one who does not receive Torah. See the commentaries on Ethics of our Fathers 2:5 –ein boor yareh chet, a boor does not fear sin.

Judaism’s Unique Claim: National Revelation
Va’etchanan 5782: A for Effort
Can You Show Me This "God?"
How to Become Immortal
Comments
MOST POPULAR IN Shavuot
Our privacy policy
Aish.com Is Looking for Great Writers