Change This One Word to Increase Your Motivation 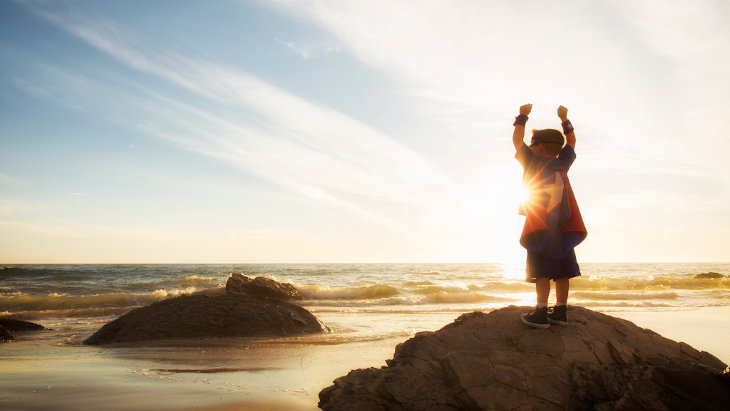 How to turn any goal, including your Jewish observance, from a burden to a gift.

I didn’t always feel like running. Each time I'd get ready for a run, my mind would become flooded with a slew of reasons why not to run: I was too tired, I didn’t feel great, I had a sore toe, or a million other reasons why it would be more comfortable and relaxing to stay inside my house rather than go out on a run.

We all struggle with motivation from time to time. What do we do when we don’t feel motivated?

The key is to change the activity from a chore to a gift. In her book, “No Sweat: How the Simple Science of Motivation Can Bring You a Lifetime of Fitness,” Michelle Segar argues that by simply changing one word in your vocabulary and reframing the task at hand you can dramatically increase your chances of success.

Instead of saying to myself, “I have to run,” I say to myself, “I get to run.” Why does changing that one word from “have” to “get” make such a difference? Research shows that we are much more likely to continue an activity if we view the activity as a gift or an opportunity rather than an obligation.

Research shows that we are much more likely to continue an activity if we view the activity as a gift or an opportunity rather than an obligation.

Saying “I have to do something” robs me of my autonomy and forces the activity upon me. It represents something that I’m doing unenthusiastically — or worse, something I’m doing against my will.

Saying “I get to do something” means that it’s my choice and I get to do it because I want to. Changing that one word reframes your mindset from “I am forced to do this thing...” to “aren’t I lucky to be able to...”.

That one trick made an enormous difference in my training, and it can increase your motivation for whatever goals you are pursuing.

Nobody understood this about the human psyche better than God Himself. What exactly happened at Mount Sinai is a subject of debate between two Rabbinic statements. According to one Talmudic source, the revelation was a moment of national coercion. God suspended Mount Sinai above the Jewish people and gave them an ultimatum – accept the Torah or die, leaving us with very little choice in the matter.

According to another Rabbinic source, God went on a world tour, so to speak, and approached each nation to offer its people the Torah. Only after each one declined did He finally approach the Jews who excitedly proclaimed “Naaseh v’nishma – we will do and we will understand.”

So which one is it? Did God force the Torah upon us or did we voluntarily choose to accept it?

Rabbi Dr. Norman Lamm suggests there is no contradiction between these two stories:

Both chronologically and logically, God first chooses us, but then we must choose Him. He chose us only once, at Sinai. This choice, thereafter, devolved upon each and every Jew, in any place and at any time, no matter what his wish, his commitment, or his conduct. For all eternity, anyone born into this people is chosen. But we must choose God anew in every generation. Indeed, every individual must choose God all over again… At Sinai it was true that “Asher Bachar Banu,” God chose us. But, when we study Torah and recite the blessings, and preface our remarks with Baruch Ata Hashem, Blessed are You, God, then we have chosen Him as well.

Our acceptance of the Torah represents a synthesis of saying “I have to…” and saying “I get to…” At Mount Sinai, God coerced us into accepting His Torah. The observance and study of Torah is something we have to do. It’s an obligation incumbent upon every single Jew – male or female, beginning with that moment at Mount Sinai and extending for all of eternity. I am bound by the Torah and its precepts because “I have to.”

But that alone may sometimes leave us unmotivated and uninspired. If that is the case, our response must be to reframe it. Every time you sit down to study our sacred Torah, don’t just do it because you have to, but tell yourself proudly, “I get to!” Learning Torah and living my life according to its values is the greatest privilege and opportunity a person can dream of. The ability to open up God's roadmap for this world and elevate our lives is the greatest honor.

Whether it’s going for a run or opening up a sefer to learn, finding motivation will always be a challenge. Just make sure to remind yourself, you don’t just have to do it, you get to do it!

Driving a Lamborghini. Manual Required
The Promise Of The Land
Which Chat Are You On?: Parshas Behar/Lag Ba’Omer
Do You Like Slow-Cooked Food? Thank the Jews
Comments
MOST POPULAR IN Sinai Experience
Our privacy policy