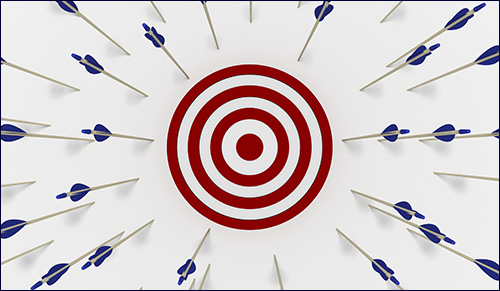 Why failure is essential to building genuine self-confidence.

Most of us think of failure as a plague to avoid at all costs, or something inevitable that we must endure.

But failure is actually a key component to building self-confidence, perhaps even more than success. Counter-intuitive? Allow me to explain.

I once taught a class and totally bombed. I didn’t like how I delivered my lecture. I was unhappy with the reaction I got. And as I traveled home that night I didn’t feel very good about myself. My confidence as a teacher was spiraling down the drain.

The next day came and nothing drastic happened. The world didn’t stop turning, and life moved on. I assured myself that things would be okay. The following week some women came back to my class, and some didn’t. I accepted it, trying consciously to not internalize the loss.

Yet, as I stood before the class for the first time following my failure, I sensed a feeling of calm wash over me before I began. I suddenly felt free, as I realized that I did not have to be faultless. I could make mistakes, but still be successful. This experience allowed me to let go of the perfection I was trying to attain. I could just be me, faults and all.

And that’s when my confidence truly blossomed.

Failure gives us the opportunity to reflect back on what we’ve done, allowing us the rare chance to accept ourselves for who we really are, in our most vulnerable form. Of course, success feels awesome and builds confidence, but we need to be careful about falling into the trap of perfectionism where we obsessively feel the need to achieve and feel unworthy if we fail. Success feels good in the short term, but if caught unaware, we can become dependent on that approval for our own self-esteem, ultimately diminishing our self-worth if we don’t receive it.

You don't need anything external for self-confidence. Not money. Not a job. Not our clothing. All you need is you.

We need to learn how to not rely on successes for our confidence. Taking it a step further, we shouldn’t depend on anything outside of ourselves for confidence. Not money. Not a job. Not our clothing. All you need is you. These external crutches may work as short term boosts to temporarily increase our confidence, but they are fleeting, and they won’t hold up in the long run. Establishing lasting internal tools will also help when facing larger, more serious challenges in the future.

How to Build Self-Confidence

Accepting failure is easier said than done. We often choose to avoid risks rather than allow ourselves the opportunity to fail. How do we get to the point where we are able to accept ourselves, whether we fail or not? How do we learn to love and respect ourselves, regardless of the outcome?

One way to build self-confidence is by proactively doing good without seeking anyone’s approval. Here’s an example I will never forget.

When I lived in New York my kind, sweet husband would shovel the driveway and the walkway every morning before I awoke. I never thanked him for it, but inside, I felt tremendous gratitude.

A whole year went by like this, until one night I said to him, “You know what? I never told you how much I appreciate that you shovel the driveway. It means a lot to me.”

“I don’t shovel the driveway,” my modest husband replied.

He just shook his head. “No, it really wasn’t me. I thought it was you!”

“What’s going on here?” we wondered together. “Who’s shoveling for us?”

It turns out that it was our 60-year old neighbor! This kind man was secretly shoveling our driveway every single morning. I used to say hello to him daily, but he never mentioned his actions once. He simply performed an unrecognized act of kindness for us.

This type of anonymous act, when performed regularly, builds self-esteem. You don’t get any accolades. “Oh, Jessica, you’re so sweet!” You won’t get approval and validation from people, or a nice write-up in the paper. Instead, something strange will happen. You will start to intrinsically feel better about yourself. Your own opinion of yourself will matter more than any compliment or show of gratitude.

We live in an age where if we don’t publicize an event, it’s as if it didn’t happen. If you go out with a friend and don’t immediately post a picture on social media, it’s like that moment did not exist. We crave constant validation, even for the most mundane activities. ‘Likes’ on Facebook replace true self-esteem – the kind we must work for.

When you do anonymous acts, the focus shifts to the relationship that really matters: the one between you and God. These acts can be anything. Sending flowers anonymously to people battling cancer. Baking to recognize another’s efforts. You don’t even have to spend money! It doesn’t have to be enormous – sometimes the smallest deeds are the most meaningful.

When No One is Watching

When I was in high school, there was an auditorium that we had to walk through to get to another wing of the school. One day, as I was walking through the empty auditorium I saw another student, Mark, who had no idea that I was there, bend down and picked up a piece of stray garbage, putting it into the trashcan before exiting. I still think about this moment and smile. Mark has no idea that I saw him that day, or any knowledge of his act’s lasting impact on me.

Who are you when you think no one is looking? That’s the real you. And that’s what self-confidence is about. Not caring or needing approval from others. Walking down the street, knowing that you are who you are – no matter what anybody else thinks.

As you go out into the world, allow yourself room to fail. Then immediately follow up failure with an anonymous good deed. Before long, you will start to see yourself through God’s eyes – perfectly imperfect, kind-hearted, and always ready to grow.

This state of mind will set you free.

Dedicated for the complete recovery of Meir ben Shlomo

Every Person, A Universe

It's Not All or Nothing

Magnify Your Genius: Michael Jordan and Staying in Your Strength Zone
Olivia Newton John’s Grandfather was a Nobel-Prize Winning Jewish Physicist
Don’t Believe in Other Gods Versus God is One
Seeing Without Eyes
Comments
MOST POPULAR IN Spirituality
Our privacy policy
Aish.com Is Looking for Great Writers