Death at Sea: The Tragedy of the Struma 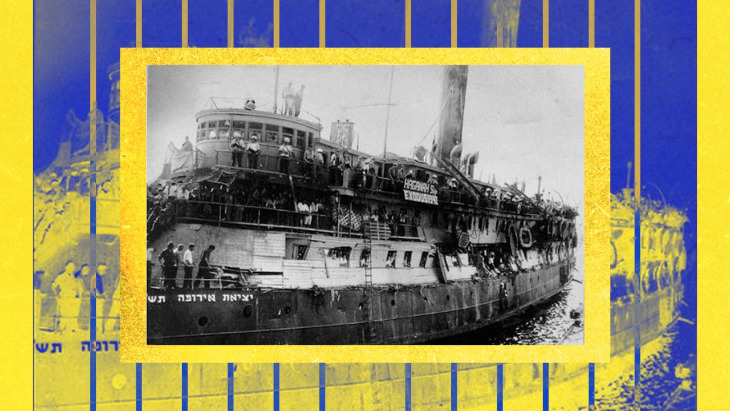 In 1942, the dilapidated ship carrying 769 desperate Jewish refugees en route to Palestine, was blown up. There was one sole survivor.

Eighty years ago, on the morning of February, 24, 1942, a decrepit cattle boat named MV Struma, sank in the Black Sea. The ship, carrying 769 desperate Jewish refugees, including 101 children, was the last to leave Europe for Palestine during World War II. A Russian submarine torpedoed this “floating cage”, killing everyone on board, except one survivor. The tragic sinking of the Struma sparked widespread international protest against Britain's policy on immigration into Palestine.

By October 1941, the German army controlled the Romanian oil fields. Romanian soldiers and the fanatical Green Shirts, antisemitic League of the Archangel Michael (The Iron Guard) supported by German troops, went on a rampage slaughtering Jews in what the authorities described as “the purification of Romanian land.” Franklin Gunther, the American ambassador in Bucharest, reported “butchery and brutal deprivation of human rights”, stating that 1941 was a black year for the Jews of Romania. 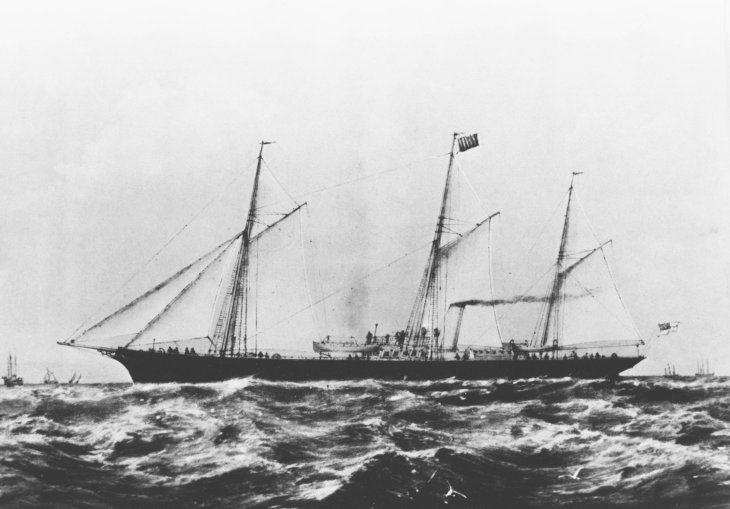 The Romanian port of Constanta, on the Black Sea, was the main port of embarkation for Palestine. Thousands of terrified refugees poured into Constanta seeking a safe passage through the Bosporus. The Montreux Convention of 1936 declared the Bosporus an open international waterway. Neutral Turkey did allow safe passage for Jews through their country, but like most countries refused haven “for people unwanted anywhere else”.

Palestine became the center of a power game as the British limited Jewish immigration under a League of Nations Mandate (1920 – 1948). The Royal Navy patrolled the coast to block “illegal immigration “. The Arabs supported this policy. Antagonizing the Arabs was not in the British interest as the oil of the Middle East and the Suez Canal were of immense strategic importance. The British impounded ships that got through the blockade and imprisoned crews. Lord Moyne, Walter E. Guinness, Minister for the Middle East who lived in Cairo, and Sir Harold Mac Michael, British Colonial Administrator, enforced this hard-line policy.

The British blocked the sale or rent of ships ferrying Jews. In desperation the Zionists rented the 75-year-old MV Struma, a 240-ton rusting hulk. She had a second-hand engine two old lifeboats and no life belts. The radio transmitter did not work, and the generator failed sporadically. The sanitary facilities consisted of eight toilets, little more than holes at the stern. Yet no one was willing to give up their place on the unseaworthy Struma, a measure of their fear of staying in Romania.

Photo believed to show Struma in port in Istanbul, 1942

On December 12th the Struma, flying the neutral Panamanian flag, departed Constanta. A short distance from port the engine failed. After repairs the ship proceeded and three days later, at the mouth of the Bosporus, the engine again failed. A tug assisted the decrepit Struma into Istanbul harbour. The British told the Turks that the ship could not land in Palestine and insisted they should return her to the Black Sea.

For ten weeks Turkey quarantined the ship. Food and water ran dangerously low, and fevers were rife. Passengers resorted to bribery to get food and water. The squalid conditions on board, the icy winds, freezing temperatures and the fear that the police would force them back to Romania increased the tension. Desperate passengers draped large painted signs in English and Hebrew – “Save Us,” “SOS “, and “Jewish Immigrants” on the sides of the ship.

No help came as the press paid little attention. 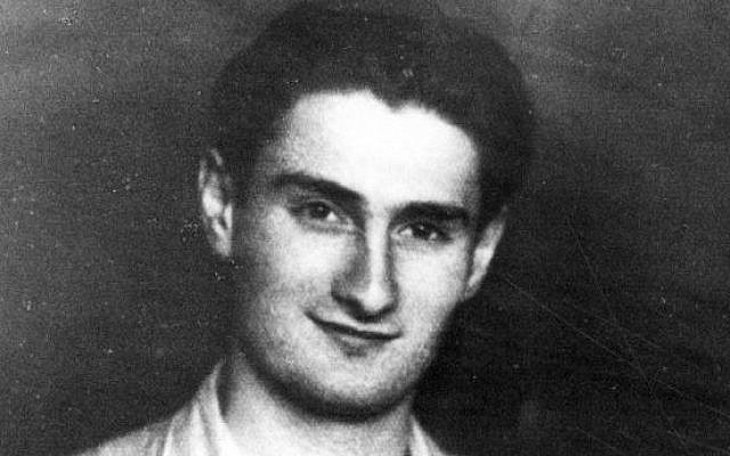 On February 23, the police towed the doomed ship ten miles off the coast. Before dawn the next day, in cloudy, damp, and calm weather, an explosion plunged the Struma to the bottom of the frigid sea.

Years later Soviet naval archives revealed that submarine Shch-213 had torpedoed the ship, allegedly by mistake. Stalin had issued instructions to sink neutral ships to deny chromium to the Germans. Chromium, a rare mineral, was essential for manufacturing military equipment and Turkey was selling it to Germany.

The sinking sparked worldwide outrage over Britain’s policy. Guinness and Mac Michael were accused by Zionists as the architects of the tragedy. Calls that “the blood of the Struma refugees will be inflicted upon Mac Michael.” “Wanted for Murder” posters of Mac Michael appeared throughout Palestine. He survived seven attempts on his life. 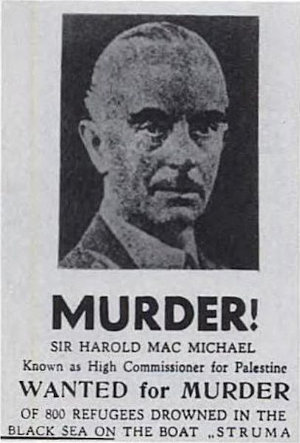 Walter Guinness, heir to the Guinness empire, was not so lucky and on November 6, 1944, two members of Lehi, a Zionist paramilitary organization, shot him dead in Cairo. His death shocked the British and was one of the reasons for their withdrawal from the Mandate that led to the creation of the State of Israel in 1948.

Turkish light-house keepers saved the sole survivor 19-year-old David Stoliar from drowning. He later joined the British army to fight the Nazis. Stoliar visited those who rescued him from the icy waters of the Black Sea 59 years later.

Douglas Frantz and Catherine Collins, authors of Death on the Black Sea: The Untold Story of the Struma and World War II’s Holocaust at Sea, write: “The passengers were victims of the British geopolitical strategy of keeping the Arabs pacified, the Turkish insistence on maintaining the façade of neutrality, and the heartless pragmatism of the policy of Stalin and the Soviets to starve the German war machine.”

Leonard Hurley is a retired second level teacher of Mathematics and History. Most of his teaching life was spent in his native town Cahersiveen, Ireland, on The Scenic Ring of Kerry. He writes for popular magazines on topics that interest him or stories that must be recalled.