Stopping Too Soon: The Tragedy of the Israeli Runner 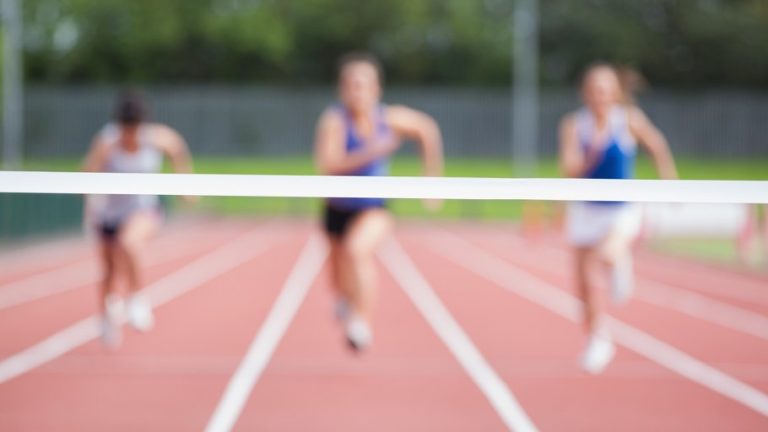 A timely message for the month of Elul.

The women’s 5000m race at the European Athletic Championships in Berlin last week finished in chaotic fashion for the Israeli competitor. It was a race that will long be remembered – not because of how it was won but rather how it was lost. And the stunning defeat for a world champion runner, Kenyan born Israeli Lonah Chemtai Salpeter, is a powerful reminder of a profound idea central to Elul, the month preceding Rosh Hashanah.

Salpeter, who had successfully claimed the gold in the 10,000m race earlier in the program, seemed on the way to another notable victory. Neck and neck with Netherlands’ Sifan Hassan with a lap to go, she appeared assured of at least silver if not gold this time round. Until the inexplicable happened. Salpeter slowed down before the final “bell lap” mistakenly assuming the race was over! She pulled across the lanes to prematurely celebrate her medal.

Spectators gasped in horror. Commentators couldn’t believe what they saw. The other runners were stunned. Lonah realized her error too late and desperately tried to rejoin the race – but alas it was too late. She came in fourth place, and remarkably still beat the Israeli record.

The incident reminds me of the immortal words of Yogi Berra, “It ain’t over till it’s over.”

Tears of despair, of misery and of anguish could not undo the reality for Lonah Salpeter of stopping too soon. Of course it was unintentional but the consequence was the same.

Life is filled with moments that similarly challenge us.

Napolean Hill, in his inspirational book Think and Grow Rich, tells the remarkable story of the almost billionaire which he subtitled The Man Who Quit Too Soon. It is about an uncle of R. U. Darby, caught by the gold fever in the gold-rush days, who went west to dig and grow rich. He staked a claim and went to work with pick and shovel. After weeks of labor, he was rewarded by the discovery of the shining ore. He needed machinery to bring the ore to the surface. Quietly, he covered up the mine, retraced his footsteps to his home in Williamsburg, Maryland, and told his relatives and a few neighbors of the ‘strike.’ They got together money for the needed machinery and had it shipped to a smelter. The returns proved they had one of the richest mines in Colorado. Down went the drills! Up went their hopes.

Then something happened. The vein of gold ore disappeared! They had come to the end of the rainbow and the pot of gold was no longer there. They drilled on, desperately trying to pick up the vein again—all to no avail. They finally decided to quit.

They sold the machinery to a junk man for a few hundred dollars and took the train back home. The junk man called in a mining engineer to look at the mine and do a little calculating. The engineer advised that the project had failed because the owners were not familiar with fault lines. His calculations showed that the vein would be found just three feet from where the Darbys had stopped drilling!

Don’t make the mistake and think you’ve come as far as you need to go. You can go further.

And that’s exactly where it was found. The junk man became incredibly wealthy because he knew not to quit too soon.

This is an important message for the month of Elul as we lead up to the High Holy Days. The last month of the calendar preceding the New Year makes one major demand on us: Don’t make the mistake and think you’ve come as far as you need to go. You can go further. Don’t quit the race before you’ve accomplished everything you’re capable of doing.

The tragedy for many, as it was for Lonah Salpeter, is to stop too soon. There is more time in the race of our lives, time to be worthy of the prizes God may very well have in store for us as eventual winners. How sad it would be if we ignored the profound insight of Thomas Edison: “Many of life’s failures are people who did not realize how close they were to success when they gave up."

When Your Child has Cancer

My 30-Day No Complaining Challenge

Giving It Your All: The Search for Two Lost Girls

Believe There's Always a Way Out
The Softball Player
How This 6 Generation Bread Baker Brought Back Israel’s Ancient Grains
Olivia Newton John’s Grandfather was a Nobel-Prize Winning Jewish Physicist
Comments
MOST POPULAR IN Spirituality
Our privacy policy
Aish.com Is Looking for Great Writers