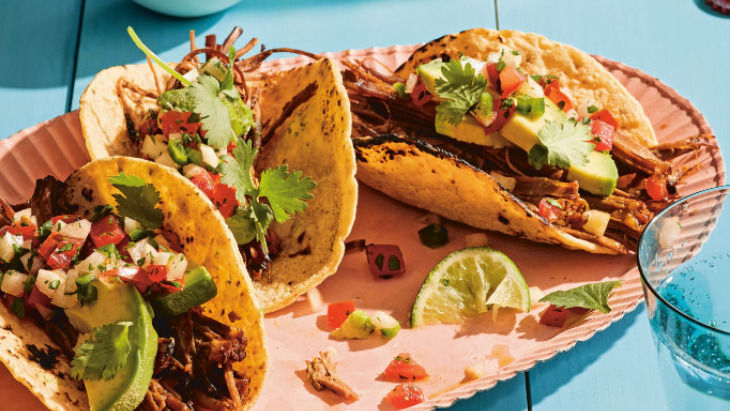 The Mexican brisket recipe you’ve been waiting for.

This dish is inspired by Mexican carnitas (“little meats”), traditionally made by braising pork in fat, often with citrus, spices, and aromatics. I swap the pork for brisket and braise it for hours in a similar mixture, along with cola. I am not a soda person, but Coke really is the secret ingredient to this recipe. It tenderizes the meat, and the sugars from the soda add a rich caramel note. Mexican Coke is ideal for this recipe because it is sweetened with cane sugar instead of the corn syrup that is used in the United States. However, if you can’t find Mexican Coke, use regular Coke or even stock with a little brown sugar as a substitute.

You can make this brisket for Passover and serve it in a lettuce wrap.

Did you know that according to Kabbalah there are sparks of divinity embedded in everything we eat? Eating with mindful intention helps to “elevate” and incorporate these sparks. Get more Jewish food thoughts here. 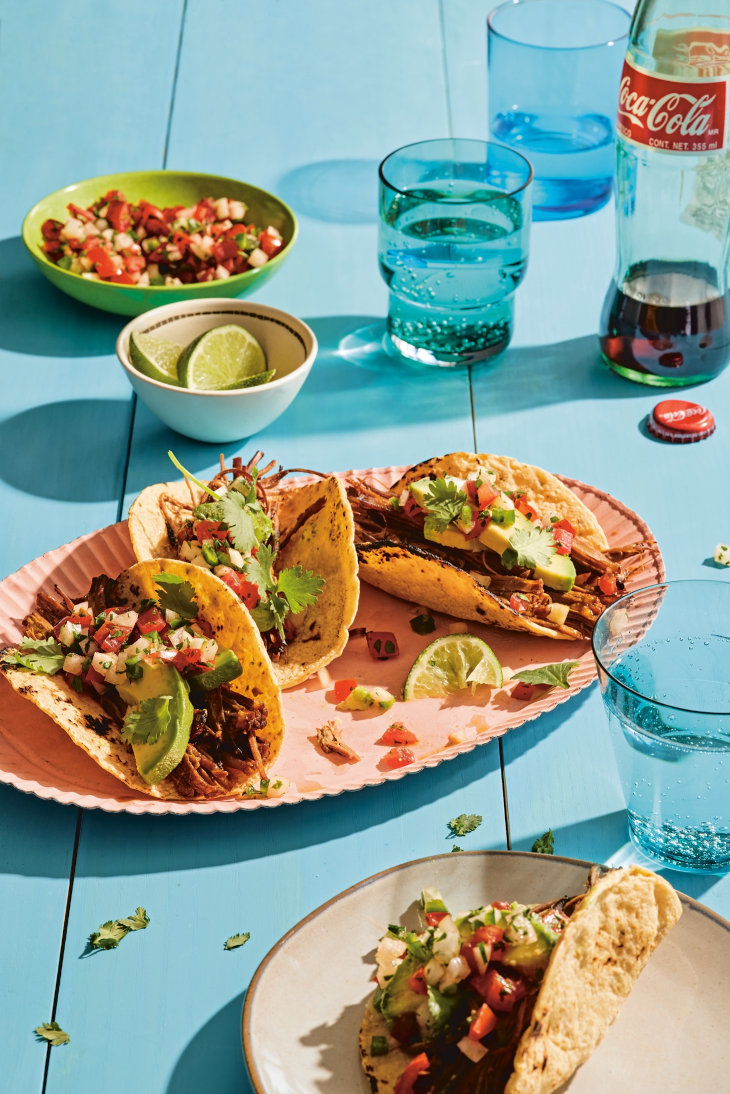 A self-taught cook and creator best known for his presence on TikTok, Eitan is beloved for his high-energy cooking style and easy-to-make recipes that have garnered billions of views and inspired cooks of all skill levels to have fun in the kitchen. Eitan began his culinary and entertainment career at just eleven years old, when he appeared on the first ever kids episode of Chopped on the Food Network, followed by an appearance on Guy Fieri’s show, Guy’s Grocery Games. Now, Eitan has cultivated an international following of more than six million across his social media platforms, is the Principal Culinary Contributor for The Drew Barrymore Show on CBS, and leads his internal team as CEO of Eitan Productions. A member of the Food Council for City Harvest, Eitan was also named one of Forbes’ 30 Under 30 in 2021’s Food and Drink category.

Matcha Honey Challah Recipe
The Promise Of The Land
Which Chat Are You On?: Parshas Behar/Lag Ba’Omer
Do You Like Slow-Cooked Food? Thank the Jews
Comments
MOST POPULAR IN Food
Our privacy policy