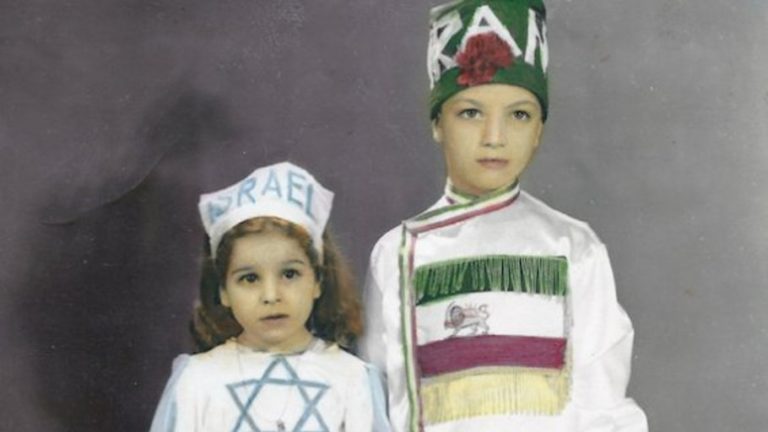 Like Esther, growing up in Iran I was encouraged to keep my Jewish identity private.

For me, the Purim story has a deep historical connection to my heritage and homeland where the story took place. During the Iranian monarchy in the 1960s and 1970s, the joyous holiday of Purim of my childhood was celebrated at the grand Yousefabad synagogue in Tehran with Persian sweets, such as halvah, the flour-based, rose water infused dessert. Some Persian Jews took the opportunity to make a pilgrimage to the city of Hamedan, located 200 miles west of Tehran and believed to be among the oldest Iranian cities, where the Tomb of Esther and Mordechai is located.

Purim is the one holiday where my two distinct worlds of the East and the West intersect. In the late 1940s, my parents met at a school dance when they were students at the University of Birmingham in England.

My British Ashkenazi mother was confused about my Sephardi/Mizrahi Iranian father’s homeland. She had never heard of Iran (Persia was renamed in 1935) and had no idea that Persia still existed. Coincidentally, my mother Stella’s Hebrew name is “Esther” which has the same definition of star or Setareh, which is Queen Esther’s moniker in Persian. After a courtship of almost a year, my father had to return to his homeland and then they continued their romance by international post for two years. My parents were married in Tehran, Iran on January 4, 1951, and remained married for 63 years.

Mordechai advised Esther to hide her Hebrew name Hadassah and thus her Jewish identity. To this, I can relate. My dual Jewish identity as a person living in modern-day Persia while visiting relatives in England depended on which side of the ocean I happened to be. In England, I was encouraged to be proud and to vocalize my ideas about democracy, Israel, and Judaism. In Iran, I was encouraged to keep my Jewish identity private and, especially after the Islamic revolution, be mindful that Israel was the enemy whose destruction was based upon one of the new regime’s principals. 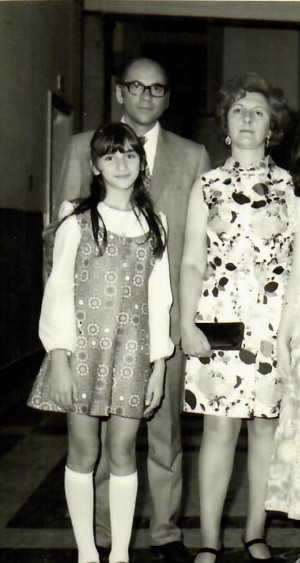 A happy teenager in Tehran, with my parents.

Celebrating Purim in Iran, I was more aware of the fact that its story occurred in the pre-Islamic Zoroastrian era of the Persian Empire, a millennium before the rise of Islam in Persia. Therefore, it is not surprising that non-Islamic Persian and Jewish holidays have been influenced by each other. Purim and Nowruz, the Persian New Year, both occur at the beginning of spring. The scroll of Esther celebrates the courage of a Persian queen and the survival of a people.

Following the Iranian revolution and the establishment of the Islamic Republic of Iran in 1979 and the subsequent eight-year Iran-Iraq war that began in 1980, the Persian Jewish community faced increased anti-Semitism and animosity toward Israel. Unlike their ancestors who relied on fasting and the courage of their heroine Queen Esther, the majority of contemporary Persian Jews lacked a royal advocate and had to leave their ancient homeland for good. Today, by some estimates, the Persian Jewish community is one-tenth of its size 40 years ago.

Nevertheless, in Iran Jews are considered the “People of the Book,” and they are free to practice their religion in private, as are Christians. I left the Islamic Republic of Iran in 1987 and moved to the United States. But during the eight years I lived under the new regime, Purim was celebrated with less fanfare. Persian Jews were mindful about drinking wine during Purim in a country where consuming alcoholic beverages is prohibited and punishable by law and placed more emphasis on the Fast of Esther.

In the fifth century B.C.E, Haman was vizier to the Persian Empire under King Ahasuerus, also known as Khashayar Shah to Iranians and Xerxes to the rest of the world. He sought to annihilate the Jewish people. In modern day times, the Jewish Iranians are once again confronted with a Persian ruler who desires to destroy the state of Israel, the land of the Jewish people. Iran’s current government labels Purim as an anti-Iranian holiday. On December 10, 2010, when tensions between Iran and Israel were particularly high, hundreds of Iranians protested in front of the Tomb of Esther and Mordecai on a small street, fittingly called “Esther Lane.” 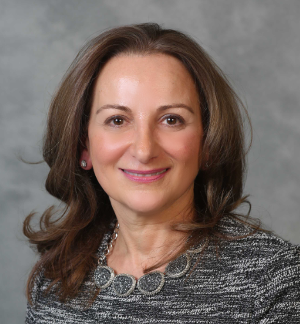 Purim 2019 is fast approaching. Like other displaced Jewish Iranians, I will reminisce about Purim in Iran. Before the Islamic revolution, Iran and Israel had amicable relations and we were proud Iranian citizens who didn’t have to conceal our joy for the holiday or our affiliation to the land of Israel. I will remain hopeful that one day the remaining Jews in Iran will be able to celebrate Purim with full joy once more.

Jacqueline Saper is the author of a memoir, “From Miniskirt to Hijab: A Girl in Revolutionary Iran,” available to pre-order and to be released, on the fortieth anniversary of the 1979 Iranian revolution in October 2019. (Potomac Books – University of Nebraska Press). www.jacquelinesaper.com